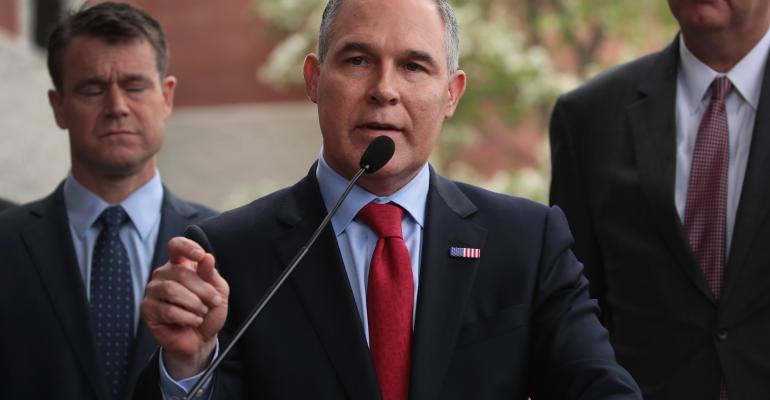 AP journalist Ellen Knickmeyer was grabbed by the shoulders and forcibly removed from a national summit on harmful water contaminants.

The U.S. Environmental Protection Agency (EPA) has issued an apology to AP journalist Ellen Knickmeyer, who was forcibly removed by security from a national summit on harmful water contaminants.

A spokesperson from the EPA said that news organizations like AP, CNN and E&E News were initially barred from the event but didn’t give a reason why. While these news organizations weren’t invited to attend the summit, the EPA invited Knickmeyer back to the summit’s afternoon session after issuing her the apology.

Environmental Protection Agency reversed course Tuesday and allowed a reporter for The Associated Press to cover a meeting on water contaminants after she was earlier grabbed by the shoulders and shoved out of the building by a security guard.

The AP journalist, Ellen Knickmeyer, said that Lincoln Ferguson, an adviser to EPA Administrator Scott Pruitt, called to apologize for how she was manhandled and that officials were looking into it. He invited her for the meeting's afternoon session.

At least two other news organizations — CNN and E&E News, which covers energy and environmental issues — had also been initially barred from the event.

"We've all asked the agency's press office why we're being selectively shut out and have gotten no responses," E&E reporter Corbin Hiar tweeted.