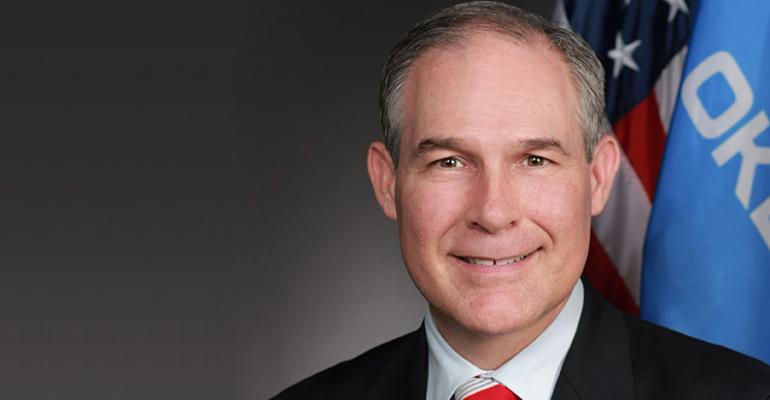 The move comes on the heels of months of controversies regarding his spending, ethics and management decisions.

President Donald Trump announced that U.S. Environmental Protection Agency (EPA) Administrator Scott Pruitt has resigned. This move comes on the heels of months of controversies regarding his spending, ethics and management decisions.

In recent months, Pruitt’s spending decisions like flying first class while traveling on taxpayers’ dime and dishing out $43,000 for a soundproof booth for his office have raised a number of red flags. So much so, in fact, that numerous investigations were launched to look into his spending and management decisions.

“SWANA looks forward to working with Acting Administrator Wheeler and his staff on the wide variety of environmental laws, regulations and policies affecting the solid waste industry,” says David Biderman, CEO and executive director of the Solid Waste Association of North America (SWANA). “Importantly, we look forward to EPA’s increased involvement in helping to preserve sustainable local recycling programs in the United States, in the wake of China’s waste import restrictions.”

The Hill has more details:

Scott Pruitt resigned from his position leading the Environmental Protection Agency (EPA) on Thursday, following months of high-profile controversies regarding his spending, ethics and management at the agency.

"I have accepted the resignation of Scott Pruitt as the Administrator of the Environmental Protection Agency," President Trump announced in a tweet. "Within the Agency Scott has done an outstanding job, and I will always be thankful to him for this. The Senate confirmed Deputy at EPA, Andrew Wheeler, will on Monday assume duties as the acting Administrator of the EPA. I have no doubt that Andy will continue on with our great and lasting EPA agenda. We have made tremendous progress and the future of the EPA is very bright!"

Wheeler, who the Senate confirmed in April to be deputy administrator at the EPA, will become acting administrator when Pruitt leaves.