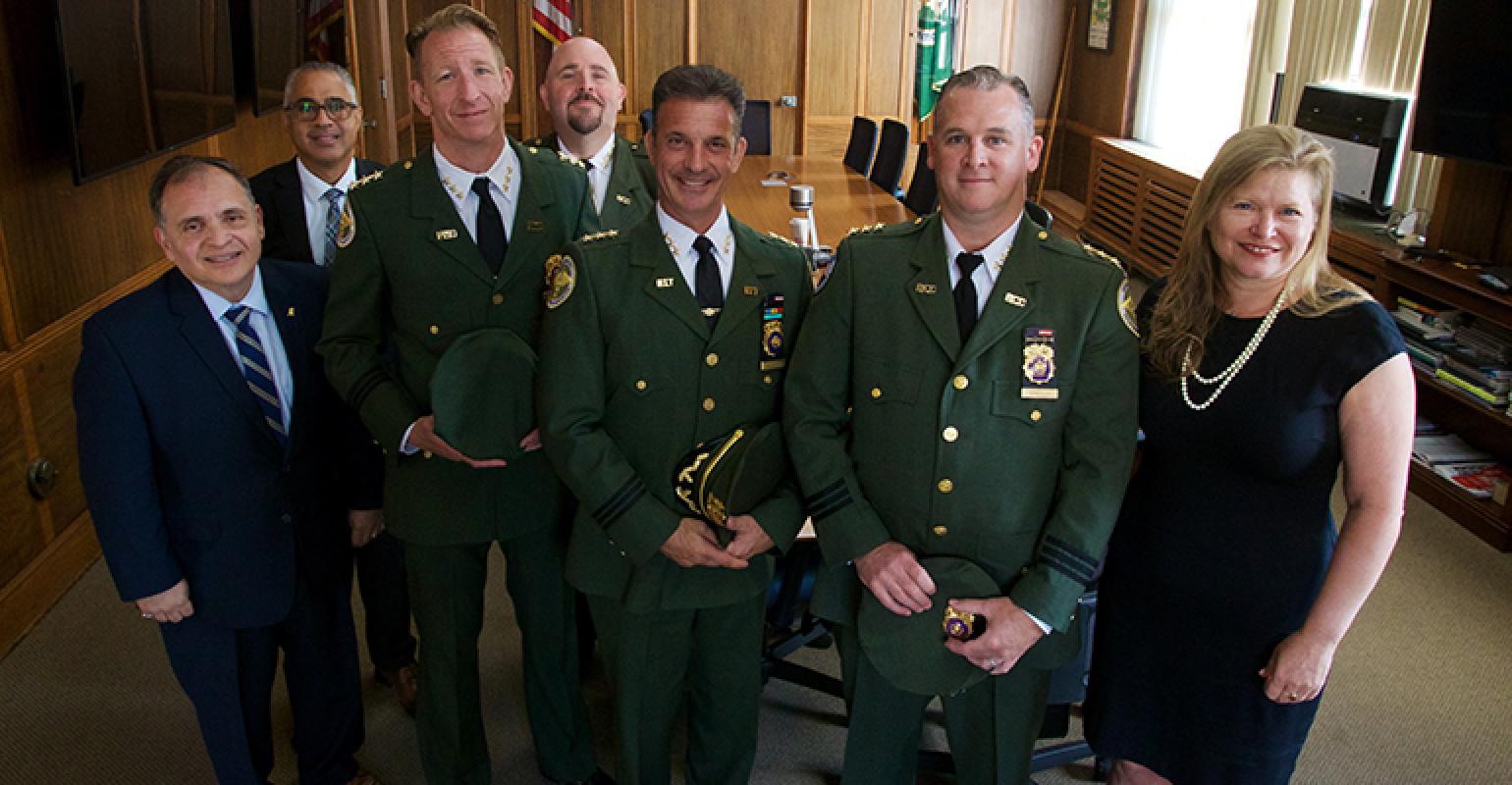 City of New York Department of Sanitation (DSNY) Commissioner Kathryn Garcia on August 5 announced the promotion of three new Three-star Chiefs, as well as the new head of its Operations Management Division.

DSNY’s latest promotions are as follows:

Garcia announced the promotion of Bianculli to head the Bureau of Information Technology, which manages DSNY’s computing and technology functions.

Bianculli began his career with DSNY in July 2000 as a sanitation worker assigned to the Queens 5 garage, serving Ridgewood, Maspeth, Middle Village and Glendale. He was promoted to supervisor and assigned to the Bureau Operations Office, where he was responsible for all daily reporting for the chief of operations, disseminating snow orders and coordination of citywide support during snow operations and special events, among other duties.

Bianculli also has served as a rotating officer assigned to Brooklyn North Borough and a borough operations superintendent. More recently, Bianculli worked for DSNY’s Bureau of Information and Technology, where he oversaw the growth and enhanced development of the SMART system.

Garcia announced the promotion of Brown to head DSNY’s Personnel Management Division, which monitors, controls and supports uniform and civilian staffing needs for the Bureau of Cleaning and Collection.

Brown began his career with DSNY in October 1999 assigned to the Manhattan 9 garage, serving the Hamilton Heights, Manhattanville and Morningside Heights neighborhoods. After the terrorist attacks in September 2001, Brown worked on cleanup efforts and worked at the World Trade Center site until cleaning efforts were completed. Brown also worked in the department’s Operations office.

“For nearly 20 years, Chief Brown has shown his dedication and leadership in the department, including helping the city recover after the September 11 attacks,” said Garcia. “He has proven himself again and again and is a dedicated public servant. I wish him well in his new assignment.”

O’Reilly will head DSNY’s Collection Office, which is responsible for daily oversight of all collection activities, including trash, recycling, organic material and all other waste.

O’Reilly also served as the district superintendent of the Queens East 7, where he directed emergency response to tornadoes, and was deputy chief of the Queens East Borough, where he managed Hurricane Sandy and Hurricane Irene cleanups for the department. His time as assistant chief for Cleaning Operations saw street cleanliness ratings rise to 95.9 percent “acceptably clean,” the highest citywide final rating since the program’s inception in 1975. Most recently, O’Reilly was the Manhattan Borough chief, overseeing borough operations, including planning, staffing and scheduling of all cleaning, collection, snow removal, special events and emergency response operations in Manhattan. He oversaw cleaning operations in Times Square during the coldest New Year’s Eve in 100 years and during the 2019 World Pride festivities, which were attended by some 5 million people.

“Over the last 20 years, Chief O’Reilly has proven himself to be an effective leader,” said Garcia. “From overseeing special event cleanups, to efficiently managing our cleaning operations after natural disasters, to supervising borough operations from A to Z, Chief O’Reilly has proven experience that will serve him well as the department’s new Collection Office leader.”

Lojan began his career with DSNY in October 1999 as a sanitation worker assigned to the Manhattan 10 garage, serving the Harlem area and Queens 6 garage, serving Forest Hills and Rego Park. He was next a supervisor at the Queens 4 garage, directing operations in the Corona and Elmhurst neighborhoods.

Lojan has served as a district superintendent for two Manhattan garages, managing and supervising the garage, including organizing snow removal operations in high traffic areas and coordinating special event cleanups such as parades and celebrations. Lojan also worked as a member of the department’s Field Investigation and Audit Team and was promoted to deputy chief, serving in the Cleaning Operations Office and in the Operations Management Division. He was the Queens West Borough chief, where he was responsible for overseeing the daily cleaning, collection and snow removal operations for all districts in Western Queens. Under his leadership, the Queens West Borough successfully implemented the roll out of the initial SMART Operations Board, and the district reached its highest Street Cleanliness Scorecard Rating in more than 18 years—95.4 percent in fiscal year 2017.

“Chief Lojan continues to show that he is an effective leader within the Department of Sanitation,” said Garcia. “His years of experience throughout many department bureaus have made him invaluable to us. I know Chief Lojan will serve us well in the department’s Operations Management Division, and I wish him continued success.”