At the Core of the Big Apple: The Trivialization of Solid Waste Management Public Policy (Part One) 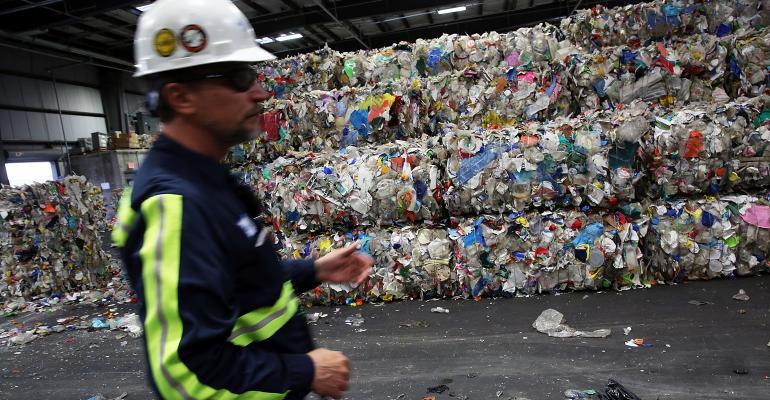 In a multipart series this week, Robert Lange, the former director of the City of New York Department of Sanitation's Bureau of Waste Prevention, Reuse and Recycling, will examine the trivialization of solid waste management public policy in New York.

In a multipart series this week, Robert Lange, the former director of the City of New York Department of Sanitation's Bureau of Waste Prevention, Reuse and Recycling, will examine the trivialization of solid waste management public policy in New York. To read part two, click here. To read part three, click here.

Recycling, sustainability and zero waste are three separate changes in public policy terminology used to describe similar solid waste management goals and functions that, taken together, highlight the evolution of the marketing of alternatives to disposal.

The government frequently markets public policy in the same manner that Madison Avenue in New York uses advertising and branding strategies to package and sell ideas as consumer products. Then, however, the fatigue factor sets in. Over time, the public grows weary of a brand, whether it is a soap product or a public policy. Likewise, the language of marketing becomes mundane, just another part of the day-to-day lexicon, too familiar. A call is made to revitalize the public imagination and to restore the consumers’ enthusiasm. New generations must be introduced to the product or public policy in new and unique ways. This is done by invoking nostalgia for a classic brand or by disassociation from the old brand, through the introduction of new and improved brand associations. Even though the product or public policy remains essentially the same, new and improved branding promises to excite the public into action. While marketing is not in and of itself unnecessary, it can be become both trivial and deceiving without the appropriate follow-through in substance.

Similar to consumer product branding, one goal of trivialized marketing of public policy is to convince the consumer that the new brand has nearly magical powers to transform his or her experience of reality, with little or no effort on his or her part. In the case of public policy, the consumer is the voter. Like a consumer, the voter must simply buy the product being marketed to be a part of its success. Nowhere is this more evident in public policy than with the development and promotion of solid waste management policy to the public. Trivialized marketing tells the voter that all he or she has to do to participate in the new public policy reality is to accept the new branding, whether branded as the three R’s of reduce, reuse and recycle, sustainability or zero waste. In actuality, the new reality is not a matter of practice, but rather one of acceptance and faith. NYC’s current Zero Waste campaign, in which voters are encouraged to take the “Zero Waste Challenge,” is a classic example of trivialized marketing. The challenge, for all intents and purposes, is conceptual rather than a plan of action that will actually reduce waste significantly.

Politicians and their staff spend considerable time talking about the role of the public, as if the policies will fail without public participation. Yet, the public’s role is voluntary and rarely compulsory in any manner. Politicians shy away from enforcement practices as if they fear that voters will be reluctant to continue electing officials espousing enforcement of public policies and the programs designed to implement those policies. Simply put, politicians are reluctant to hold the voters accountable for failure to fully engage in practices that will make public policy successful.

Because they hold the reins of the legislative and executive branches of government, elected officials and their policy staff are the prime culprits in trivializing and subverting enforcement of public policy. They are often inspired politically by environmental advocacy organizations because they covet the political endorsement of these organizations, both pre- and post-election, to maintain their environmental street cred. Yet, it has been my experience that most organizations making such recommendations on policy rarely possess any real-world experience in the area of solid waste management. Instead, their experience is theoretical and untethered from the practical demands of programmatic operations. The key role that human nature plays in the success or failure of any environmental public policy is often not even included in their thinking; the presumption being that if you simply ask for a certain type of behavior, voluntary compliance will naturally follow. It’s as if including the human factor might mitigate the possibility of achieving their stated aspirational goal. As a result, the emphasis in solid waste public policy over the last three decades has relied more and more heavily on the role of the individual consumer in the management of solid waste, even while the evidence clearly demonstrates that the public is reluctant to fully engage in the practices that will make policies effective.

How We Got Here

The modern movement to alternatives to disposal began with recycling in the 1960s as part of the counterculture movement. By the late 1980s, recycling had evolved from being a hippy fantasy borne of the Whole Earth Catalog to a viable supplement to landfilling and incineration. Recycling was acknowledged as a theoretical way to close the loop and allow resources to be reused as an alternative to both disposal and to the use of raw materials for manufacturing. Twenty years later, recycling had been largely integrated into most households’ daily activities, not on the level desired to achieve the expressed public policy goal but at a level sufficient to demonstrate its limitations. Over time, recycling had become a common garbage disposal practice rather than a unique or rebellious thing to do. Yet, it was clear to solid waste management professionals that, despite decades of recycling practice, it was not achieving the kind of diversion rates they were hoping for. Rather than looking to other alternatives requiring less public participation to achieve greater diversion, the authors of public policy sought to double down and rebrand recycling.

By the beginning of the 21st century, the idea of sustainability had begun to grow as a concept, fed by an increasing awareness of mankind’s impact on the planet, primarily through the continued use of fossil fuels. Recycling had its origins in the counterculture’s objections to conspicuous consumption. It was also perceived by early adopters as a way of balancing the impact of excessive consumption by returning unwanted items to other uses or as raw material for producing new goods. Recycling would, if you will, create a circular economy. Inherent in this understanding was also a belief that recycling would reduce the economy’s reliance on fossil fuels and the continuous extraction of new raw materials. In other words, recycling originally connoted a much broader and more comprehensive concept than the one we have today. It was a concept not solely focused on its practical use as a solid waste management practice. Currently, politicians and environmental advocates find it important to engage in terminology that appeals to desire and is therefore capable of inspiring action on the part of the public. It doesn’t appear to matter whether the desired action is for the public to support a particular political candidate or participate in a program that seeks to reduce solid waste. By the millennium, recycling had filled its destiny of “familiarity breeds contempt” and lost its sexiness as a hip practice. It was time for a rebranding to take place, at which point sustainability stepped into the conceptual position formerly held by recycling.

By the early 2000s, the term sustainability had been injected into virtually all fields of endeavor. It was similar to the way that food manufacturers started adding fiber to their list of ingredients. While food manufacturers had systematically, over time, removed fiber from food products, they began adding back and marketing the ingredient of fiber as if it was something new and only recently discovered. Likewise, government and environmental advocacy groups began adding back the ingredient of sustainability, which had previously been antithetical to the goals of a capitalist economy built upon conspicuous consumption and product obsolescence. In many ways, sustainability now served the same purpose in the realm of ideas that fiber served in the realm of food products. Sustainability’s addition aided in the acceptance of the public policy products it was associated with as well as the passage of those products through the body politic.

Recently the term “zero waste” has come to be embraced by many in the solid waste management advocacy community as the ultimate way to market the solid waste portion of sustainability. They espouse that zero waste is the answer to present and future solid waste management practices. Solid waste management professionals, however, view the concept with a healthy dose of skepticism informed by real-world experience. The two groups are divided by the natural gulf between theory and practice. Advocates, policy analysts and the politicians they influence have widened the gap by enthusiastically adopting zero waste as a strategy that can achieve practical implementation. Almost without exception, this adoption has occurred with little or no input from solid waste management professionals, or with an analysis of the issues inherent in practical implementation. It is one thing to set the bar of achievement high to inspire greater effort on the part of all involved, but setting the bar at a height that cannot possibly be achieved indicates either a desire to instill frustration in the public or a lack of general resolve to actually achieve the end being targeted.

One of the first signals that zero waste is simply marketing an old idea in a new rhetorical package is New York City’s transition from talking tons to talking pounds. Talking pounds is equivalent to Weight Watchers informing its constituents that achievements will be measured in ounces rather than pounds. This is basically an attempt to misdirect the public’s attention by framing progress in a new and less-than-authentic manner. Solid waste is typically generated and weighed daily in tons, on the scale of solid waste generation and management. Any real effort made to impact those tons will be cast in tons, not in pounds. Reporting achievements in pounds rather than tons is a way to inflate achievements by a factor of 2000 percent. While this might aid in maintaining an illusion of achievement, the fact is that changes are most likely the result of scale errors rather than true weight achievement, which brings us to NYC’s latest efforts to rebrand alternatives to disposal.