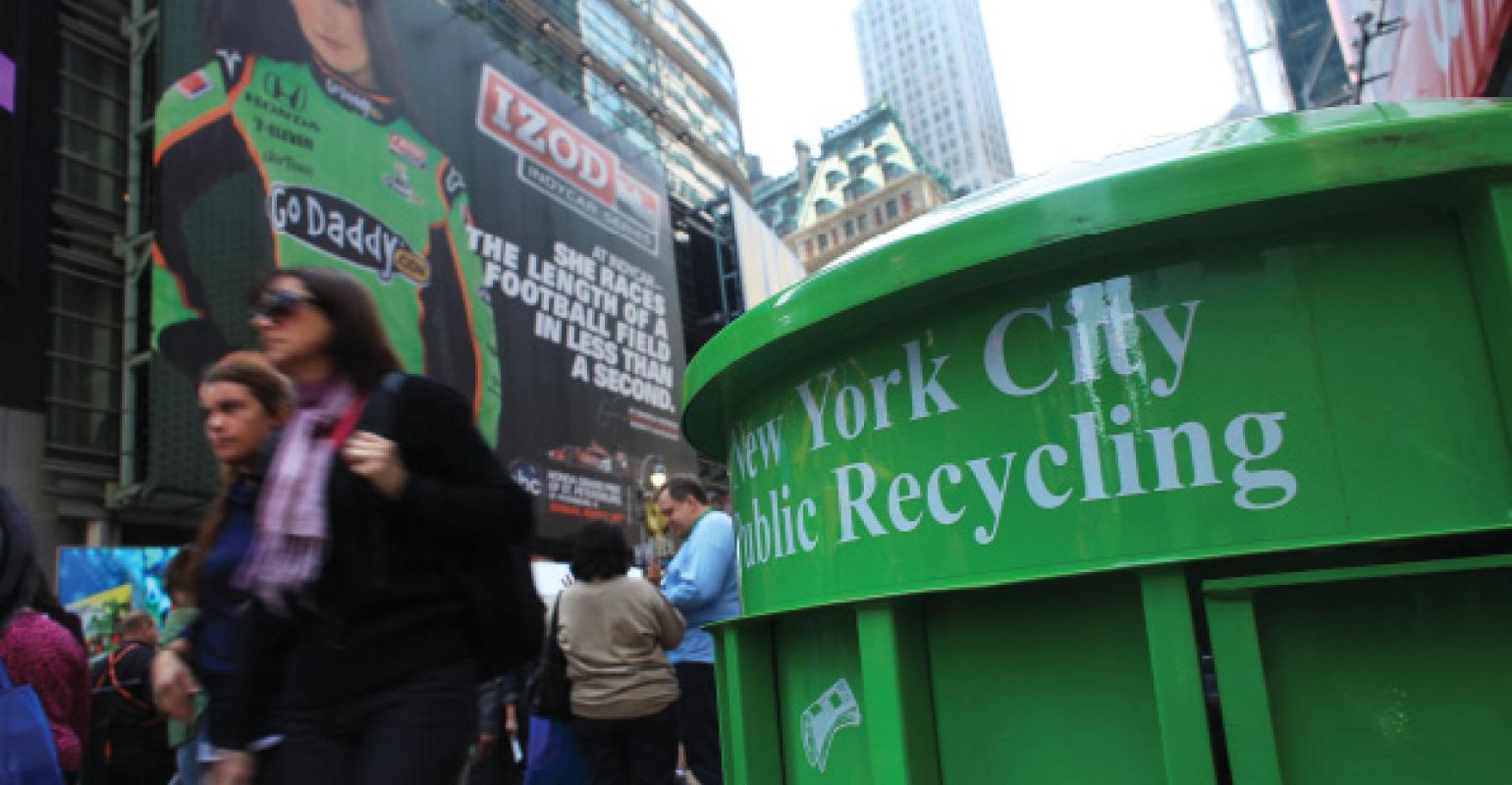 In a recent report, Waste Dive thoroughly examines the three stalled initiatives that the City of New York Department of Sanitation (DSNY) considers the keys to the city’s zero waste success—expansion of New York City’s organics curbside collection; conversion to single stream recycling collection for metal, glass, plastic and paper products by 2020; and a “save-as-you-throw” program.

Now, according to the report, the path to achieving the city’s 2030 target is looking increasingly complex.

When Mayor Bill de Blasio announced New York's goal of sending "zero waste" to landfills by 2030, the date felt just far enough away that it might be possible. Now, some are beginning to wonder if this political promise was ever feasible in the first place.

Nearly four years later after the announcement, movement on three items considered key to success by the city's Department of Sanitation (DSNY) — expansion of curbside organics collection, conversion to single-stream recycling and a "save-as-you-throw" (SAYT) program — has stalled.

DSNY has gained a national reputation for the success of its dual-stream recycling program, along with other specialized initiatives. But these successes may not be enough to make significant headway beyond a residential diversion rate of around 20%, according to the agency's 2018 Strategic Plan Update:

"We have taken great steps to implement these initiatives, many at a scale and scope unparalleled in the United States and in some cases the world. Today, we are collecting more recyclable metal, glass, plastic and paper then at any point in the last decade, and yet we know that in order to hit our ambitious goal, we need to do more."