The enterprise grade software platform runs in the cloud and is designed based on the best practice processes of thousands of waste and recycling companies. The platform integrates six solutions: Enterprise Management, Intelligent Optimization, Mobile Workforce, Vehicle Technology, Digital Engagement and Analytics.

Rochem offers a full range of systems for a variety of applications. More than 500 leachate treatment systems have been installed worldwide, ranging in size up to 500,000 gallons per day. Rochem systems are constructed of the highest grade materials using decades of experience to provide effective, reliable operation.

Dumpster Market provides haulers with a customizable website that makes it easy for customers to instantly book dumpsters online. Geo-based pricing is supported, and you can easily bill customers for disposal costs/overages, extra days and other miscellaneous fees. Take a video tour of the platform to see how you can stand out from the competition and grow your sales.

Heil, part of Environmental Solutions Group and Dover, and one of the nation's largest refuse truck body manufacturers, recently released the Heil Autonomous Lift Option (H.A.L.O.), an innovative technological advancement that assists drivers by leveling, dumping and replacing front load containers with the push of a single button. This allows drivers to simply operate their vehicle and focus on maintaining a safe work environment. In addition, the H.A.L.O. joystick also incorporates standard front load body packing functions, so operators don't have to take their eyes off the road.

In the current job market, finding and retaining capable equipment operators has proven to be a universally challenging task. While highly productive commercial front load vehicles are the mainstay of waste hauling companies, the operator shortage is compounded by the complexity and learning curve of operating traditional front loaders.

"H.A.L.O. assists the driver by automatically emptying ANSI-compliant 2- through 8-yard containers and replacing them back into their original positions, all with the push of a single button,” he added. “New drivers operating H.A.L.O.-equipped Half/Pack front loaders are productive on day one, as H.A.L.O. allows them to focus on driving the vehicle instead of concentrating on lifting, leveling, dumping and packing."

"H.A.L.O. virtually eliminates the costly effects of cab shield damage or broken windshields associated with improperly dumping a can—a problem we see much more frequently with newer drivers," said Carroll. "Further, it reduces driver frustration and fatigue as they no longer have to focus on dumping the container while straining to watch for people, overhead wires or other obstacles. With H.A.L.O.'s one-button controls, the operator can focus on safely maneuvering these large vehicles without having to figure out complicated levers and buttons. The integration of the packer controls onto the joystick, which allow the driver to concentrate on their surroundings without having to look at the control panel for the correct button, has received very positive operator feedback. Importantly, H.A.L.O.-equipped Heil front loaders deliver a much lower total cost of collection (TCC) than front loaders without it."

TCC is a performance metric that calculates the overall cost of the asset (i.e., vehicle cost, fuel, maintenance, tags, depreciation, labor, etc.) divided by the number of container yards serviced each day. Fleet owners are increasingly using TCC as a key factor in purchasing decisions as the lower the TCC, the higher the overall return on investment of the vehicle.

"It's really a numbers game. The less time it takes a driver per stop, and the more you can decrease equipment damage and other associated operating costs, the better the TCC,” said Carroll. “Given the high employee turnover that garbage companies face, customers equipping their fleets with H.A.L.O. can instantly improve their TCC and gain an immediate advantage over those running a competitor's product, something we call the H.A.L.O. Effect. But beyond the financial benefits are the vast improvements in safe operations delivered by H.A.L.O., which provide drivers access to key functions on their joystick allowing them to keep their eyes forward and be more observant of their surroundings."

The rolling drum, which weighs more than 2 tons to aid in compaction, is attached to an articulating boom that moves it from one end of the container to the other and back again, crushing and compacting waste along the way.

Prior to compaction, most containers have large voids and air pockets, resulting in container utilization of only about 20 percent of actual capacity. The ROPAX Jumbo’s high compaction rate allows for significant improvement in utilization, with rates as high as 80 percent. This improvement means containers need to be replaced or emptied less frequently, resulting in less downtime, improved worker productivity and reduced waste hauling and disposal charges.

An intuitive control panel provides the option of manual operation, continuous operation or timed operation (up to 30 minutes). Unlike other compactors, the ROPAX Jumbo accepts additional waste even during the compaction process. Alternative drum configurations, including different teeth geometry or patterns, are available to maximize compression rates based on the type of items disposed.

ROPAX compactors require no special site preparation and take up only minimally more space than the container itself. They are ideal for municipal waste facilities, recycling centers, distribution centers, warehouses, manufacturing facilities, hotels and restaurants, apartment and condo complexes and retail stores.

Intimus PacMaster S Packaging Material Shredders turn corrugated cardboard waste, up to 4-ply thick, into versatile, high-quality packaging material in seconds. The shredder’s unique cutting head configuration creates a series of perforations in the cardboard, producing a flexible, expandable material that can be used to line boxes or wrap breakable items such as glass, ceramics, electronic assemblies or other goods that require protection against shock, impact or damage during shipping.

With each pass, the PacMaster creates packaging material up to 16.75 inches wide by any length. However, since the feed slot is open on three sides, the PacMaster can accommodate much wider sheets. The excess width is automatically trimmed off and can then be refed. A measurement guide on the work surface allows users to create packaging material to any width under 16.75 inches.

A lockable power switch doubles as an emergency stop switch. The shredder housing is fabricated from robust steel plate and designed for heavy-duty service at a packing station.

The PacMaster S shredder also is available in a variable speed version—the PacMaster VS—which automatically optimizes shredding speed based on load. As a result, the PacMaster VS can be operated on a 230-volt outlet.

The environmentally friendly PacMaster S not only reduces waste in landfills, it facilitates the intelligent reuse of corrugated cardboard—before it is recycled.

The PolarGuard cover is ideal for winter weather, which can cause many problems for landfill operators and landfill gas technicians. Sub-zero temperatures and heavy winds can lead to freezing condensation in wellheads and landfill gas hoses, affecting gas extraction levels and causing unnecessary delays and expense. The PolarGuard cover protects against these harsh conditions by tightly wrapping wellheads and gas collection hoses.

The PolarGuard cover allows for quick and easy installation using Velcro closures and web buckle straps. The covers can come on and off with ease, allowing for convenient monitoring and maintenance. The PolarGuard covers are available for both Precision Control and Accu-Flo Wellheads and can accommodate wellheads of up to 3 inches.

By investing in PolarGuard Insulating Wellhead Covers, landfill operators and gas technicians are granted the peace of mind that their wellheads and gas collection hoses are kept warm and blocked from the wind. Using this smart technology, operators may be able to avoid unnecessary maintenance costs or operation delays, increasing the efficiency of the landfill. 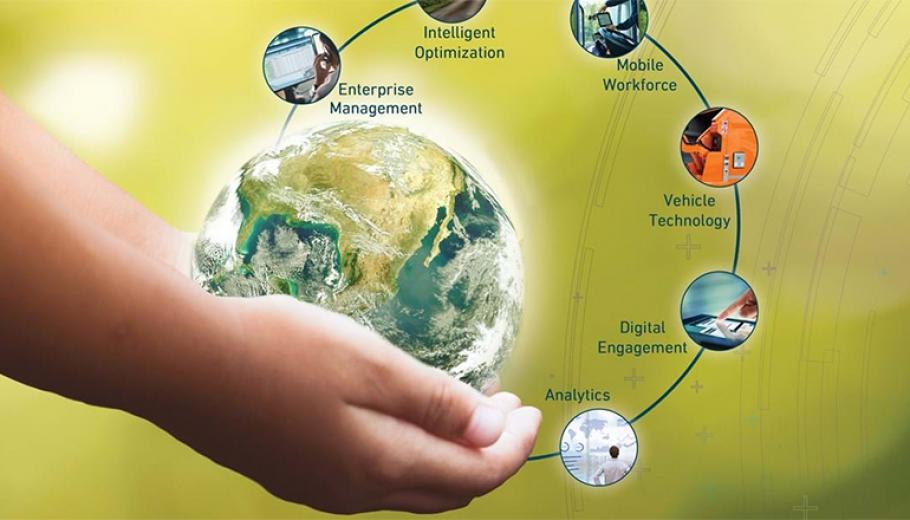 Next Up
November 2019: Products that Power the Waste and Recycling Industry
Start Slideshow ›