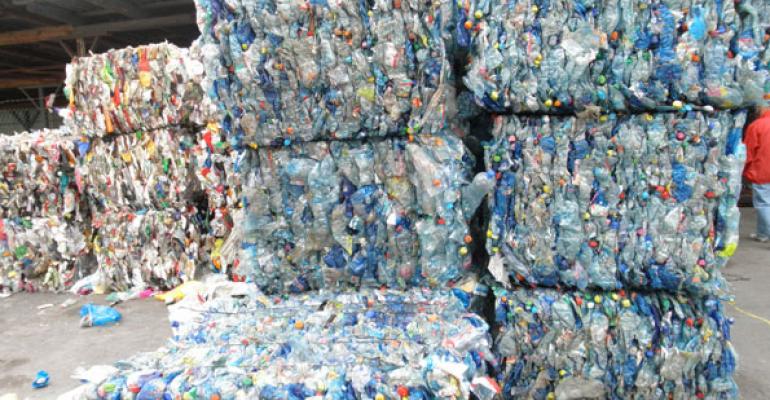 The recycling rate for polyethylene terephthalate (PET) topped 30 percent for the first time in 2012.

The recycling rate for the latest year totaled 30.8 percent with a record 1.72 billion pounds of postconsumer PET bottles collected, according to the latest study from the Sonoma, Calif.-based National Association for PET Container Resources (NAPCOR) and the Washington-based Association of Postconsumer Plastics Recyclers (APR). In 2011 the recycling rate totaled 29.3 percent with 1.6 billion pounds of bottles collected.

The 2012 data in the study also show the lowest volume sold to export markets since 2005 at 34 percent.

“The increase in the PET recycling rate is clear evidence of continued strong, domestic end-market demand for recycled PET, and we believe there’s considerable scope for U.S. industry to readily absorb more recycled PET material if available,” said Tom Busard, chairman of both NAPCOR and APR, in a news release.

On the negative side, the groups acknowledged that supply of recycled PET did not keep up with demand. The also was a decline for the second straight year in the bale yield, or the amount of usable PET at the end of the reclaiming process.