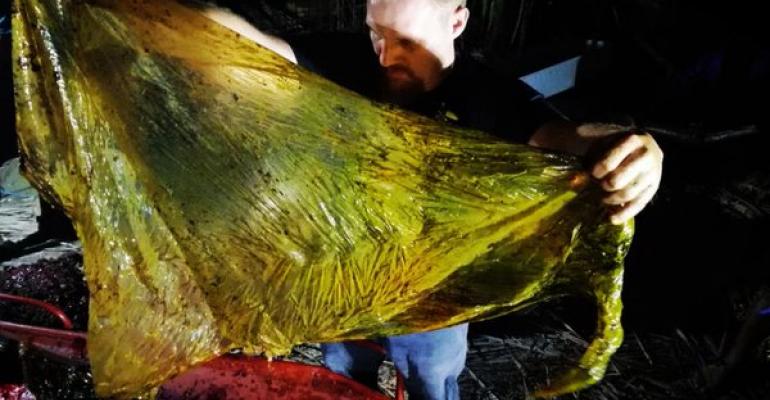 Over the weekend, a young Cuvier’s beaked whale was found dead in the Philippines after consuming 88 pounds of plastic.

This past weekend, a juvenile male Cuvier’s beaked whale was found dead in the Philippines after consuming 88 pounds of plastic.

According to an International Business Times report, around 12 million tons of plastic are dumped into the world’s oceans each year, and many animals believe it is food. The young whale was found dead just moments after environmental officials arrived, reports note.

“The ocean plastic crisis compels us to address fundamental problems in global waste and recycling practices,” said David Rachelson, vice president of sustainability at Rubicon Global, in a statement. “We must make systemic changes that incentivize material producers, product manufacturers and recovery systems to abandon dependence on single-use plastics. Instead, we need to advance widespread adoption of circular solutions that create value from materials already in circulation, redirecting ‘waste’ generated from the prevailing linear take-make-dispose model as inputs for new products.”

Marine animals are often unable to defend or protect themselves from human pollution, which too often ends up in an ocean, and on Saturday, a juvenile male Cuvier’s beaked whale was found dead in the Philippines after consuming 88 pounds of plastic, reports the New York Times.

Some 12 million tons of plastic, mostly in the form of single-use packaging, are dumped into the world’s oceans each year, creating an ecological nightmare, as many animals believe it is food.