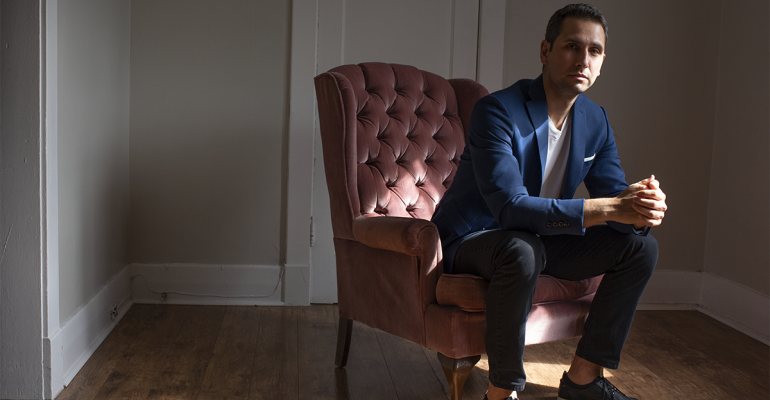 A Canadian project management company has created a biodegradable plastic that incorporates cannabis waste as a carbon source.

“When compared to similar biodegradable plastics, it has unique mechanical properties, is cost-competitive, and has various consumer applications,” says Tarek Moharram, founder and president of Moharram Ventures, which is based London, Ontario. “We have utilized a bacterial process to harness the elements within cannabis biomass and thereby created a biodegradable polymer that may be used on its own or be blended with other elements to form our unique composite plastics.”

While patents are pending, Moharram says he is not aware of any other party that has applied the company’s approach to this type of biomass, and the indications he has received thus far suggest that the company has registered a novel concept.

Truly Green Plastic does not require commercial composting facilities or significant amounts of oxygen, sunlight, moisture, or heat to decompose. It breaks down into its constituent elements when exposed to organic matter.

Through its partnership with Lambton College, ranked one of the top research colleges in Canada, Truly Green Plastic was approved by Canada’s Natural Sciences and Engineering Research Council (NSERC) for $400,000 in federal government funding.

The Lambton College portion of the project team is led by Dr. Baoling Chen as part of NSERC’s Industrial Research Chair for Colleges program.

“Moharram Ventures and Lambton College began developing their relationship back in late 2019,” says Chen, NSERC Industrial Research Chair for Advanced Biotechnology and Natural Health Products at Lambton College. “We focus on optimizing and scaling up the production of versatile polymers from cannabis biomass, validating aspects of the patent-pending formulation claimed by Moharram Ventures, and investigating its potential consumer applications.”

Moharram says the sooner his company gets its bio-based polymer on the market, the more impact it will have on the future of the planet’s ecosystem.

“This statement may sound overdramatic, but it isn’t,” he says. “Each minute, over 700 tons of plastic is created on our planet. An enormous proportion of these materials have a very short working life — generally, somewhere between minutes and hours — and an unreasonably long total life span, oftentimes measured in centuries.”

Much of that material landfilled rather than recycled.

“There is growing evidence to suggest they actually break down into tiny fragments and float around in our water, drift about in our air, and have begun seeping into our food chain,” says Moharram. “With each passing minute, every kilogram of traditional fossil-fuel plastic we fail to replace with Truly Green Plastic is costing the earth thousands of years of plastic pollution.”

According to Chen, the solution proposed by Moharram Ventures provides a means of pitting two challenges against one another by using cannabis plant waste to create fully biodegradable, bio-based polymers with various applications.

“Today, the impact of human activity on our planet has become unmistakably devastating, increasingly urgent, and much costlier to address,” Chen says. “This pressing need for environmental action presents both a daunting risk and an important opportunity.”