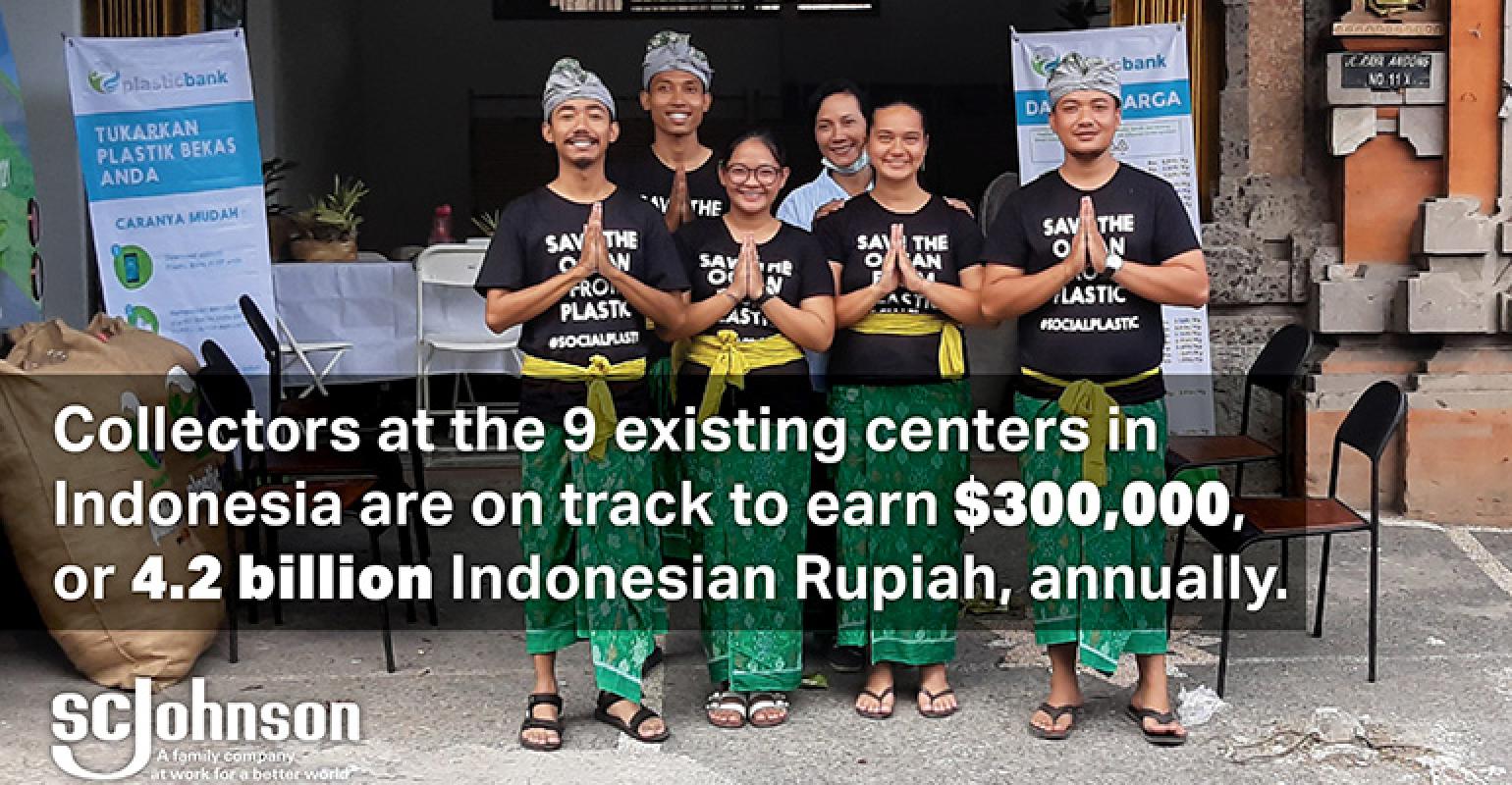 SC Johnson and Plastic Bank launched a global partnership to stop plastic waste from entering the ocean and to fight poverty. The three-year effort creates recycling infrastructure on a massive scale across five countries and pays residents to collect plastic in exchange for digital savings and rewards. Once the plastic is collected and exchanged, it will be recycled into a 100 percent Social Plastic bottle, which SC Johnson will use for its Windex line beginning in February 2020.

"More than 8 million metric tons of plastic leak into the ocean every year, so building infrastructure that stops plastic before it gets into the ocean is key to solving this issue," said Fisk Johnson, chairman and CEO of SC Johnson, in a statement. "I'm particularly pleased that this program we developed with Plastic Bank helps to address poverty and this critical environmental issue at the same time."

SC Johnson and Plastic Bank already have nine collection centers in Indonesia. Under the new three-year agreement, they will expand to 509 total collection centers and points across several countries including Indonesia, the Philippines, Thailand and Vietnam—four of the five countries that contribute most to ocean plastic—and Brazil. 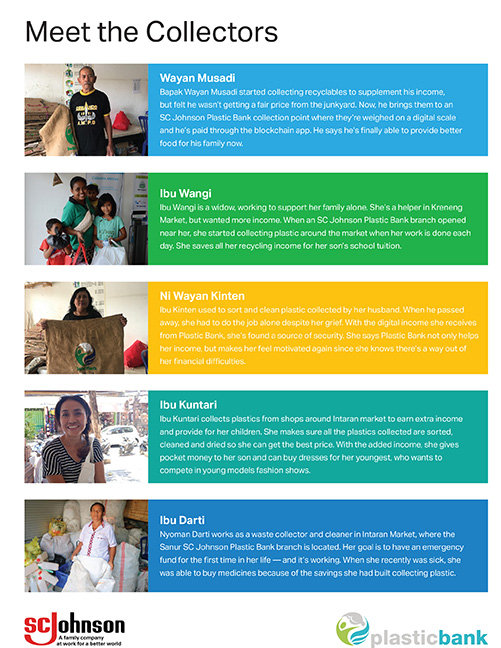 Plastic Bank plans to collect 30,000 metric tons of plastic waste over three years. This is the equivalent of stopping approximately 1.5 billion plastic bottles from entering the waterways and oceans, as 100 percent of the plastic will be collected within 30 miles of an ocean or waterway in countries without a formal waste collection infrastructure.

Extreme poverty often compounds extreme pollution as many developing countries lack the resources necessary to build waste removal and recycling infrastructure. Researchers estimate that 8 million tons of plastic waste enter the ocean every year and approximately 90 percent of it comes from 10 rivers around the world—eight in Asia and two in Africa.

Developed by Plastic Bank, the Social Plastic ecosystem builds and activates recycling infrastructure in the world's poorest regions and invites residents to earn a stable income by joining the effort. Residents can collect and exchange plastic for digital tokens. Using blockchain technology, they can use the tokens in exchange for access to necessities, healthcare coverage, school tuition, local currency and more—reducing the risk of loss or theft.

Residents can substantially boost their incomes, according to Plastic Bank, as they receive the spot market rate plus premium for the plastic they collect. Once collected, the plastic is recycled into Social Plastic and sold to make new products. 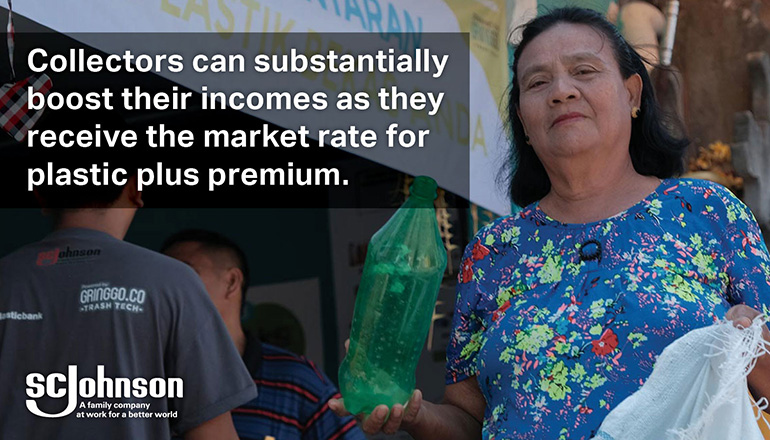 "Together with SC Johnson, we now have the ability to help close the loop and advance a circular economy while developing infrastructure in the areas where it is needed the most," said David Katz, Plastic Bank's founder and CEO, in a statement. "We are eager to expand exponentially and maximize our efforts in cleaning the environment, prohibiting waste from entering the ocean and alleviating poverty simultaneously. There is no better partner than Fisk and SC Johnson—other CEOs should take note."

In addition to its partnership with Plastic Bank, SC Johnson is carrying out its commitment to help tackle the plastic pollution crisis. The company said it has steadily increased the use of post-consumer recycled plastic in its products and removed excess plastics wherever possible.