Report: $10B in Potential Economic Output from Plastics Recycling Technologies 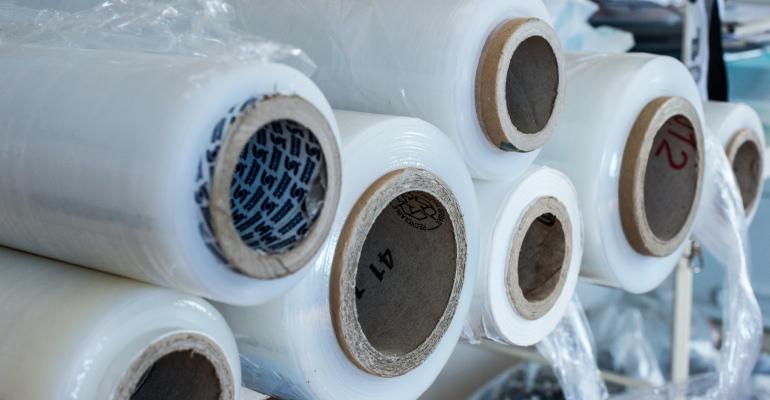 The American Chemistry Council report examines a growing class of technologies that convert used plastics into a range of products and raw materials.

A report released by the American Chemistry Council (ACC) finds the potential economic impact of expanding advanced plastic recycling and recovery technologies in the United States to be nearly $10 billion. The report examines a burgeoning class of technologies that convert used plastics into a range of products and raw materials such as chemicals and chemical feedstocks for new plastics, lower carbon transportation fuels and other petroleum-based commodities. By bringing used plastics back into the manufacturing system, these technologies are a key enabler in the drive toward a circular economy for plastics.

According to the report, "Economic Impact of Advanced Plastics Recycling and Recovery Facilities in the U.S.," if widely adopted, these processes could result in nearly 40,000 direct and indirect U.S. jobs, as much as $2.2 billion in annual payroll and another $9.9 billion in direct and indirect economic output.

"Advanced plastic recycling and recovery technologies have the potential to revolutionize the way we make, use and reuse our plastic resources," said Steve Russell, ACC's vice president of plastics, in a statement. "These technologies further demonstrate the untapped value of used plastics and have the potential to dramatically accelerate our transition to a circular economy."

"Expanding advanced plastic recycling and recovery facilities could create thousands of U.S. jobs, result in billions of dollars in economic output and eliminate the landfilling of 6.5 million tons of post-use recoverable plastics each year," said Priyanka Bakaya, founder and CEO of Renewlogy and chair of the Plastics-to-Fuel and Petrochemistry Alliance, which commissioned the study, in a statement.

Several major plastics makers and energy companies have recently announced investments and/or agreements with advanced plastic recycling and recovery technology providers, which are helping to demonstrate and scale these processes. 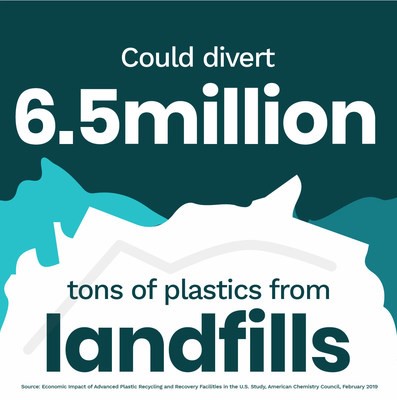 Last May, plastics makers in the United States, Canada and Europe committed to the goal of recycling or recovering all plastic packaging in these regions by 2040. Such technologies are expected to play a crucial role in meeting these goals.

"Plastic packaging and consumer products weigh less than alternatives, helping to reduce transportation fuel use, greenhouse gas emissions and waste. Learning to treat used plastics as a resource has both economic and environmental benefits. Converting more of these materials to valuable products and raw materials will help keep plastic waste out of the environment and in productive use," said Russell.

Prepared by ACC's Economics and Statistics Department, this report updates a similar analysis completed in 2014. The earlier analysis only examined the economic potential associated with converting used plastics into synthetic crude oil. Since then, these technologies have significantly expanded their range of outputs to meet demand for specific commodities.