Home>Recycling>Plastics
Waste Expo
BROUGHT TO YOU BY 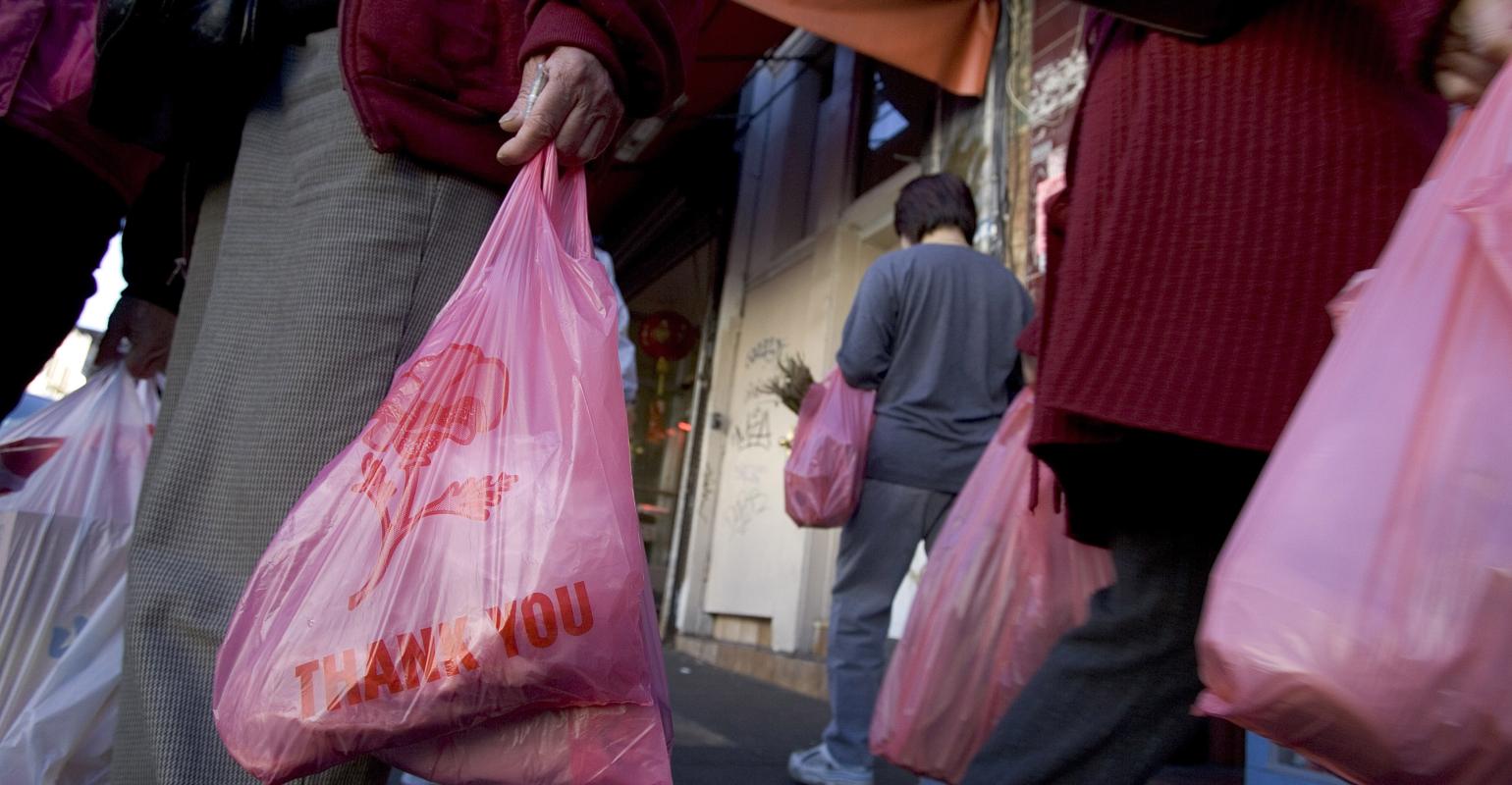 Plastic bags can cause many issues for the waste and recycling industry. They can jam machinery, contribute to the problem of contamination and add to the issue of plastics in the oceans. But in Michigan, one county and one company have found value in recycling plastic bags and film.

Emmet County Recycling is one of the few programs in the State of Michigan, and throughout the country, that accepts plastic bags for recycling. “For many single stream operations, plastic bags are a huge source of contamination and a source of problems with machinery in their materials recovery facilities (MRFs), so most programs are trepidatious about accepting them as a valuable and recyclable commodity,” says Lindsey Walker of Emmet County Department of Public Works.

The Northern Michigan county is surrounded by lakes. When boat owners winterize their boats, they wrap them in marina shrink wrap, which mostly consists of low-density polyethylene (LDPE) plastic film. In an effort to reduce this waste, the marinas came to Emmet County Recycling to ask for help in recycling this material.

“We did a small pilot program in 2008, collecting marina shrink wrap. In the first season, we collected about 10,000 pounds of material. Those pilots and those opportunities spawned what is now a full-blown LDPE film and HDPE grocery bag recycling program,” says Walker.

When the county switched to a dual stream system, it made equipment upgrades and modifications that would allow it to accept a variety of plastics and more effectively sort the materials. “In 2008, we collected 10,000 pounds in one year from the pilot program. In 2018, we are now moving 20 tons of plastic bags and film a month.”

At SC Johnson, recycling plastic film and bags has become part of the company’s focus. “There is a growing tragedy as it relates to plastic film recycling, and it’s not being addressed today,” says Maiya Shibasaki, director of sustainability at SC Johnson. “Plastic film is one of the most commonly used packaging materials. It is estimated that more than 3 billion pounds of recoverable residential plastic film is generated each year in the United States, and 96 percent of it ends up in landfills. It’s time for us to find solutions.”

As part of a research and testing initiative, the SC Johnson division in Michigan reached out to Emmet County Recycling and visited its site to learn more about its processes for recycling plastic film and bags and to experiment with its materials.

“We sent them some trial loads in 2016 and 2017. They experimented with those bales of materials to see how it would fare in their new washing systems for reclaiming Ziploc bags and other kinds of film,” says Walker.

In addition to working with Emmet County, representatives from SC Johnson visited European companies that already have the systems in place to make trash bags.

After a few trail runs using material recovered from the Michigan-based MRF, the company was able to successfully produce bags with 100 percent recycled film.

“Ziploc brand trash bags represent our proof of concept. With the production of these bags, SC Johnson became the first company to make a trash bag using 100 percent curbside recycled film processed through a MRF in the U.S. We are proving that it can be done,” says Shibasaki. “We are now hoping a company in the U.S. will see the value in processing film that has been collected at a MRF. There are end markets out there. Beyond trash bags, other items being made in Europe include lumber, pallets, fencing, bins and park benches. There is a business model, and it is feasible.”

In the upcoming WasteExpo session “A Case Study: For Curbside Plastic Film Recycling in the US,” Walker and Shibasaki will be joined by Mike Horrocks, CEO of ERMA North America, to discuss strategies for effectively collecting, recycling and reusing plastic film.

The session, which is sponsored by SC Johnson, will appeal to people working at organizations that are interested in making use of this valuable commodity in their recycling stream, says Walker, who believes that if her small community can do it than other communities can as well. “We are very honored to be invited by SC Johnson to speak on a national platform about a program that we think is replicable throughout the country,” says Walker.

For SC Johnson, this initiative is just the beginning. “We are patient and we are committed. We will not be happy until every Ziploc bag is able to be labeled ‘Please Recycle,’” says Shibasaki.