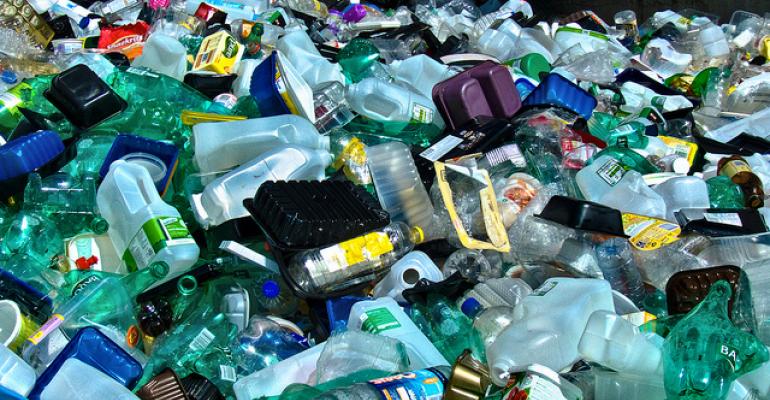 Plastic packaging recycling increased by 15 percent in 2010 compared with 2009 in Canada, according to a new report.

The Mississauga, Ontario-based Canadian Plastics Industry Association (CPIA) said in a news release that more than 328 million pounds of post-consumer plastic packaging was recycled for the latest year studied. That was out of a total of 477 million pounds of post-consumer plastic packaging collected for recycling, according to the study by Sonoma, Calif.-based Moore Recycling Associates Inc.

The study noted that the increase came from more material being collected for recycling as well as more companies providing recycling information. The results came from a survey of more than 500 companies who handle recycled plastics in North America.

"We are elated that around 70 percent of the plastic packaging collected, was recycled in Canada,” said Carol Hochu, CPIA president and CEO. “We are building a recycling industry in Canada, re-using valuable plastic materials and creating jobs to grow the economy."

The recycling increases included a 13-percent jump for bottles, 6 percent for non-bottle rigids and 36 percent for plastic bags and outer wrap. Collection of plastic film and bags for recycling from commercial businesses rose more than 50 percent.