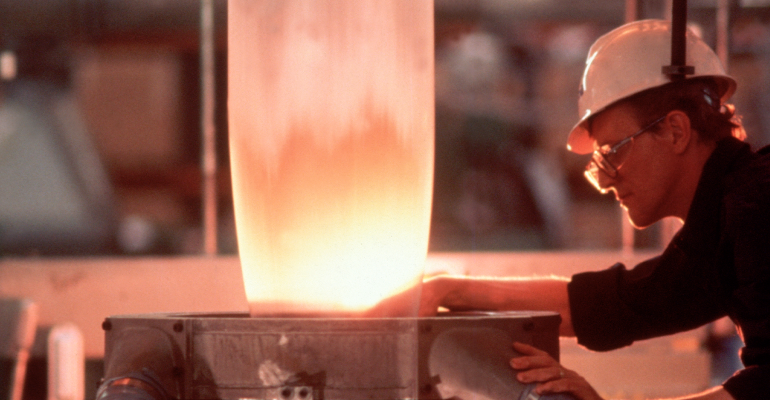 Despite a widespread movement to lower the production and use of plastics, demand for the material shows no signs of slowing down.

The Plastic Industry Association's 2021 Size and Impact Report, which is released on an annual basis, provides a reference in terms of data on employment, capital expenditures, shipments and other specialized figures.

One of the key questions answered in the report is how the pandemic affected the size of the plastics industry. Despite seeing a marked increase in single-use plastics, COVID-19 caused a nine-tenths of a percent decline in plastics manufacturing shipments in real terms, Pineda indicated. In nominal terms, there was about 2.4 percent decrease in plastics manufacturing shipments last year because of the coronavirus pandemic, accounting for the suppliers to the industry.

"If you look at the value of shipments adjusted for inflation, then the plastics industry has been growing faster than all manufacturing industries," Pineda explained.

The report showed that over the last 23 years, plastics industry employment, real shipments and real value added fared better than manufacturing as a whole. Pineda attributed this to the fact that the plastics industry is relatively new compared to other materials and methods of manufacture.

Pineda analyzed data for the industry between 1997 and 2020, showing productivity measured in real shipments per employee were up 1.2 percent while productivity in manufacturing as a whole increased 1.1 percent. When adjusted for inflation, shipments grew at an annual rate of 0.7 percent between 2010 and 2020. Despite the recession brought on by the pandemic, real value grew at a rate of 1.4 percent. In 2020, total plastics manufacturing value added was more than $144 billion.

As restaurants and events continue to return more than a year after the start of the pandemic, the demand for packaging for off-premises consumption is expected to be stable, Pineda said.

"My sense is it will continue to stay stable for an extended amount of time, not only because we have to eat but it's because there is still an unevenness in terms of how states and localities have actually opened back to the economy," he explained. "So, there will still be this purchasing of food for off premises in addition to the opening of the service sector little by little."

Capital expenditures of the U.S. plastics industry were $13.6 billion in 2020, down from $14.7 billion in 2019. Pineda said this demonstrates the value society finds in plastic products.