Parley for the Oceans, DSNY Foundation to Turn Plastic Waste into Bags 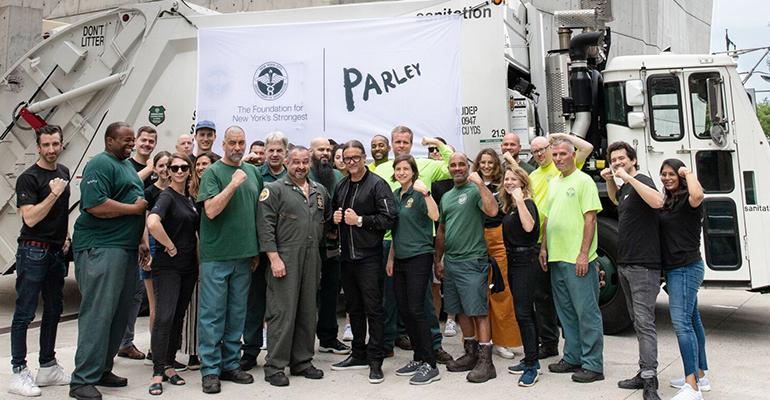 Parley for the Oceans and the City of New York Department of Sanitation’s (DSNY) Foundation for New York’s Strongest announced a collaboration that will bring attention to trash that ends up by the city’s waterways and finds an innovative way to reuse some of the plastic pollution.

Beginning this summer, the groups will work to remove litter from beaches and waterways across the city. After the cleanup events, some of the collected plastic items will be cleaned, processed and turned into Ocean Plastic that Parley will use to make a special edition of its Ocean Bags. An initial, limited-edition run of these distinct, reusable and durable bags will feature the iconic I LOVE NY logo to promote visits to beaches, parks and other attractions across New York State. The bags will be available March 2020, when New York State's ban on single-use plastic bags takes effect.

Globally, it is estimated that roughly 5 trillion plastic bags are used each year. New Yorkers alone use and discard a staggering 10 billion single-use plastic bags annually. DSNY estimates that it collects an average of 1,700 tons of plastic bags per week, costing $12.5 million per year in collection and disposal expenses.

“Plastic bags are used on average just 12 minutes before being trashed, yet last hundreds or thousands of years in a landfill,” said Julie Raskin, executive director of the Foundation for New York’s Strongest, in a statement. “While it's best to use reusable first, through our work with Parley, we hope to not only help clean up the city's waterways but turn litter that was clogging up our beaches into a ‘forever item’ that’s reusable, useful and helps keep additional single-use bags from the waste stream.”

“Every day, New Yorkers generate unimaginable quantities of trash. And every day, the men and women of the world's largest sanitation department work to remove this trash and keep the city safe and clean,” said Cyrill Gutsch, founder and CEO of Parley for the Oceans, in a statement. “It is an honor to announce our partnership with this special force, this last frontier in the battle against waste. Together, we will clean up New York’s beaches, upcycle collected materials and create a series of Parley Ocean Bags that empower New Yorkers to rethink their choices and be part of the solution. For the Oceans.” 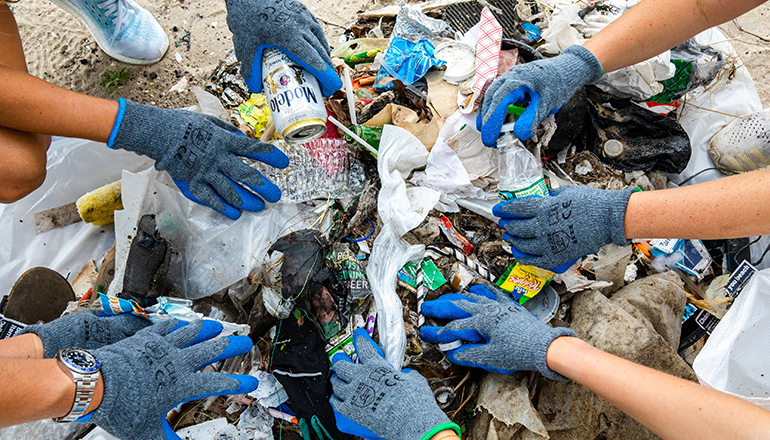 From bags to single-use water bottles, much of the plastic pollution that ends up on city beaches and in waterways started off as street litter that was swept down storm drains during and after it rains, where it ultimately causes harm to the environment and threatens wildlife.

“The NYC Department of Sanitation is committed to keeping the city healthy, safe and clean, and city residents are our partners in the effort,” said DSNY Acting Commissioner Steven Costas in a statement. “We count on residents to put litter where it belongs—in a litter basket—to help keep it off of our streets, beaches and waterways.”

The Foundation for New York’s Strongest will receive 20 percent of the profits from the special edition of the Parley Ocean Bag. The funds will be used for projects and programming that lead New Yorkers to embrace environmentalism; forge creative partnerships that highlight sanitation workers' important role in protecting citizens’ quality of life; and to host special events, such as the Food Waste Fair, that work to help business owners improve the sustainability of their operations.