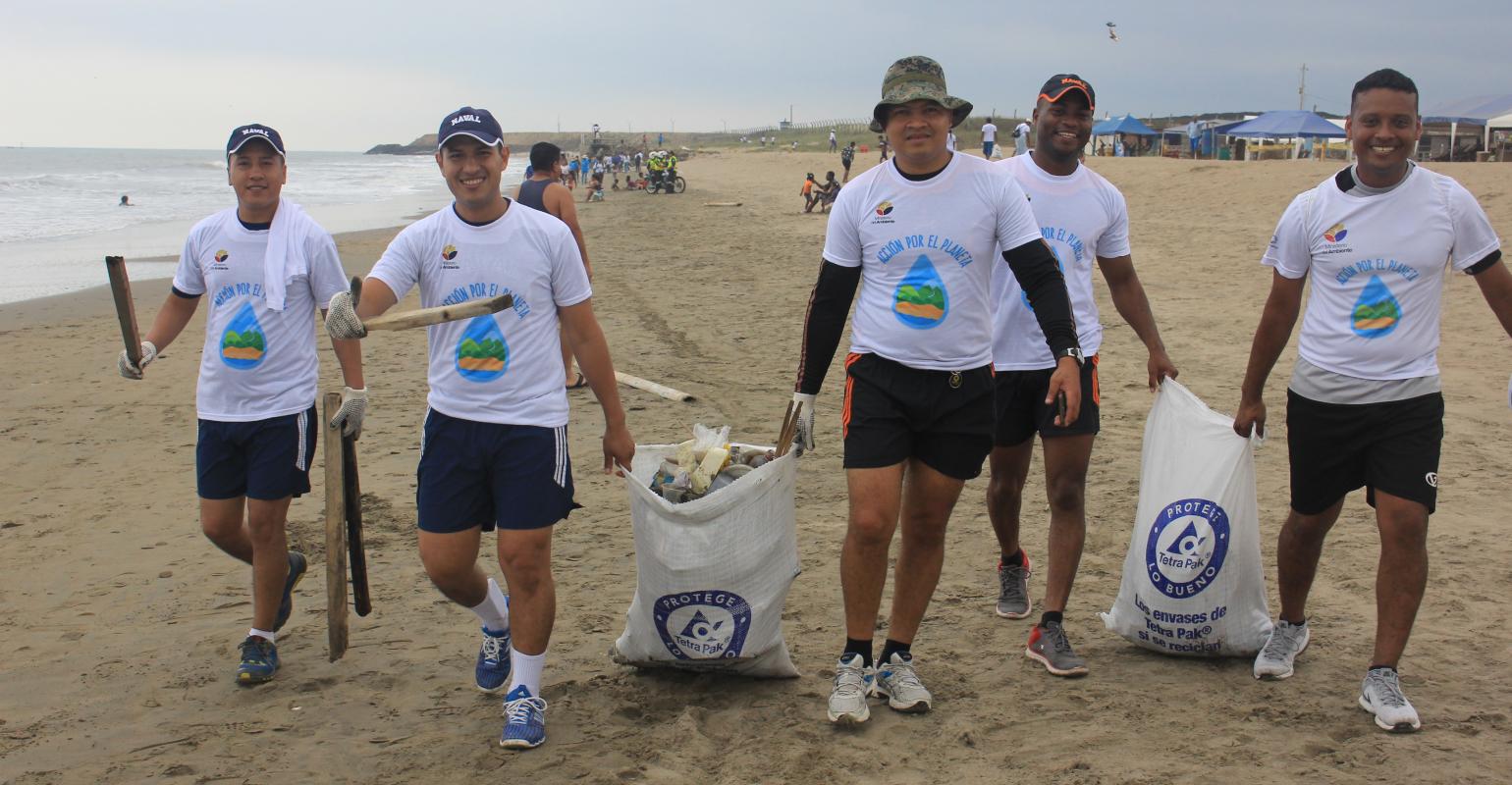 The U.S. Agency for International Development (USAID) has announced that Ocean Conservancy is among the lead partners for its new Clean Cities, Blue Ocean (CCBO) program to combat ocean plastic pollution. Launched in August with an investment of $48 million, CCBO will focus on key countries in Asia and Latin America to build capacity and commitment for the three R's—reduce, reuse and recycle—and improve waste management in areas where the ocean plastic crisis is most acute.

“USAID has recognized Ocean Conservancy’s longstanding leadership in the fight against ocean plastic, and we couldn’t be more thrilled to partner with them on this important initiative,” said Ocean Conservancy CEO Janis Searles Jones in a statement. “The research shows that ocean plastic is a development issue. With its global reach and nearly 60-year legacy of executing successful development projects on the ground, USAID is well-positioned to make an impact. We are honored to work alongside them.”

Ocean Conservancy has been at the forefront of the fight against ocean plastic for more than 30 years. Since 1986, the organization’s International Coastal Cleanup has mobilized more than 15 million volunteers to remove nearly 315 million pounds of trash from beaches and waterways around the globe, building the world’s largest marine debris database along the way. Ocean Conservancy also helped catalyze the landmark research showing that 8 million metric tons of plastic enters the ocean each year from land due to mismanaged waste—waste that is either never collected or not properly contained.

Ocean Conservancy has already leveraged its robust partnerships with the private sector and civil society through its Trash Free Seas Alliance to address this root cause of ocean plastic, helping to launch Circulate Capital—the world’s first investment fund designed to advance innovative waste management solutions in Southeast Asia—in 2018. Earlier this year, recognizing the important roles that cities play in managing waste, Ocean Conservancy launched “Urban Ocean,” a global platform for leaders from city governments, academia, civil society and the private sector to develop best practices to incorporate ocean plastic reduction into other core city priorities like public health, economic growth and job creation. In May, Ocean Conservancy partnered with the government of Chile to kick-start Urban Ocean projects as the country hosts this year’s Asia-Pacific Economic Cooperation forum. Ocean Conservancy’s trusted expertise and engagement through these platforms will help ensure the CCBO program achieves its goals for sustainable, scalable impact.

“Our work on the ocean plastic issue thus far really embodies everything that USAID’s Clean Cities, Blue Ocean program is about: forging public-private partnerships that build the capacity of local governments and encourage new investment in waste management and recycling,” said Ocean Conservancy Plastics Initiative Director Chever Voltmer in a statement. “CCBO represents an incredible opportunity for us to take our work to the next level, and we are eager to move forward.”