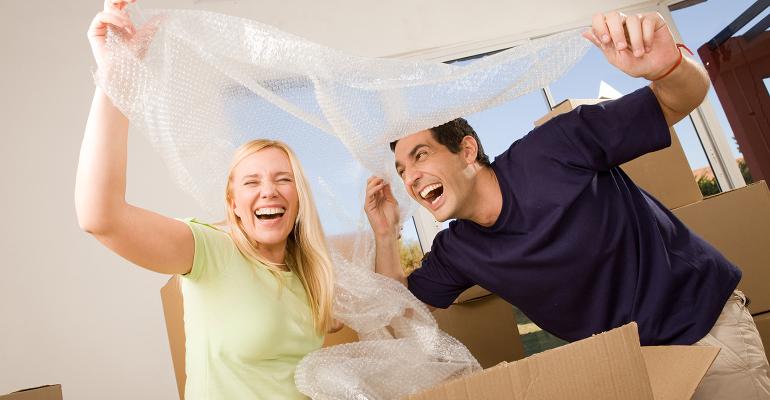 The achievement is the result of a two year-long joint development, in which both companies invested in creating a TPU made from an unconventional carbon feedstock originating from plastic waste. Having passed rigorous laboratory and athlete wear testing, Novoloop and On will begin scale-up planning to incorporate the chemically upcycled TPU into future products for mass production.

“Saving the planet is a team sport,” says Caspar Coppetti, Co-Founder and Executive Co-Chairman of On. “We are excited to see what can happen in the future as we unlock the potential of alternative carbon sources with further research and in collaboration with the best partners, such as Novoloop.”

On is committed to move away from petroleum-based materials in its products by accelerating the development of materials that are upcycled, bio-based or derived by carbon capture.

Novoloop was founded by Miranda Wang and Jeanny Yao in 2015 with a mission to change the course of plastics for good. The company’s chemically upcycled TPU is created by breaking down post-consumer waste polyethylene – such as plastic bags, bubble wrap, and shampoo bottles – through the company’s patented Accelerated Thermal Oxidative Decomposition (ATOD™) technology. This chemical deconstruction turns trash that is difficult – or even impossible – to mechanically recycle into molecular building blocks which are re-synthesized, or upcycled, into TPU.

The chemically upcycled TPU contains 35% post-consumer content and performs comparably to virgin TPU derived from fossil fuels. As a high-performance thermoplastic, it is recyclable and can be manufactured with less waste than thermoset materials, such as synthetic rubber. Moreover, lifecycle assessments show that the production of Novoloop’s TPU emits significantly less carbon than that of fossil fuel-derived TPU.

On's interest in Novoloop's technology centered on the promise of sustainability, and the sports brand soon learned that performance would not be a compromise. On put Novoloop’s TPU through a dozen rigorous tests to prove its potential as a high performance outsole. In abrasion testing, Novoloop’s TPU outperformed synthetic rubber, losing only 25 cubic millimeters in DIN abrasion. The TPU also exhibited at least 10% better wet grip than synthetic rubber – a difference felt by athletes in on-foot testing.

“Our team is working hard to scale up our breakthrough process so that more footwear customers can realize the benefits of this innovative TPU,” said Novoloop CEO Miranda Wang. “We are grateful to be part of creating Cloudprime. Working with On has been an exceptional experience, and we look forward to what we will achieve together in the future.”

Novoloop is an emerging leader in plastic circularity, transforming post-consumer plastic waste into performance materials. Headquartered in Menlo Park, California, the venture-backed startup has raised $25M and is building and scaling new technologies to reinvent the chemical value chain. With a vision to end the plastic catastrophe, Novoloop is transforming waste into applications for footwear, sporting goods, and automotive industries.

On was born in the Swiss Alps with one goal: to revolutionize the sensation of running by empowering all to run on clouds. Twelve years after market launch, On delivers industry-disrupting innovation in premium footwear, apparel, and accessories for high-performance running, outdoor, and all-day activities. Fueled by customer recommendation, On’s award-winning CloudTec® innovation, purposeful design, and groundbreaking strides in sportswear’s circular economy have attracted a fast-growing global fan base — inspiring humans to explore, discover and dream on.

On is present in more than 60 countries globally and engages with a digital community on www.on-running.com.