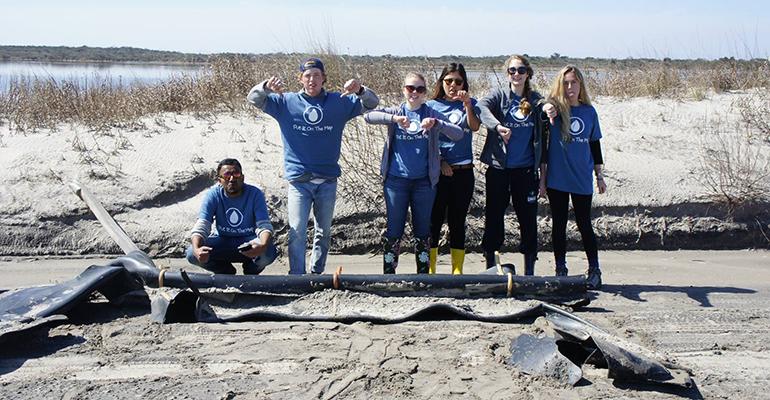 Their area of focus is the waters off North Carolina’s Cape Hatteras.

The waters off North Carolina’s Cape Hatteras are home to more marine mammals than anywhere else along the East Coast. And with talk of opening the whole coast to offshore drilling, and a swelling ocean plastics problem, environmentalists and scientists near Hatteras have teamed to look out for that specific spot.

Their work is gaining momentum. Locals are joining “Fishing4Plastic Tournaments” to see how much plastic they can pull from the water. Charter boat fishermen take researchers and students out to the middle of the ocean to collect and sample plastic debris.

And the University of North Carolina, Wilmington (UNWC) chapter of national nonprofit Plastic Ocean Project (POP) helped get the offshore site they are focused on designated as “Hope Spot Hatteras.”

“Hope Spots are areas considered critical for the ocean’s health. The idea is to get the community to take ownership and want to protect these spaces,” says Bonnie Monteleone, a UNCW researcher. Her research and that of several universities and federal programs is eye-opening. 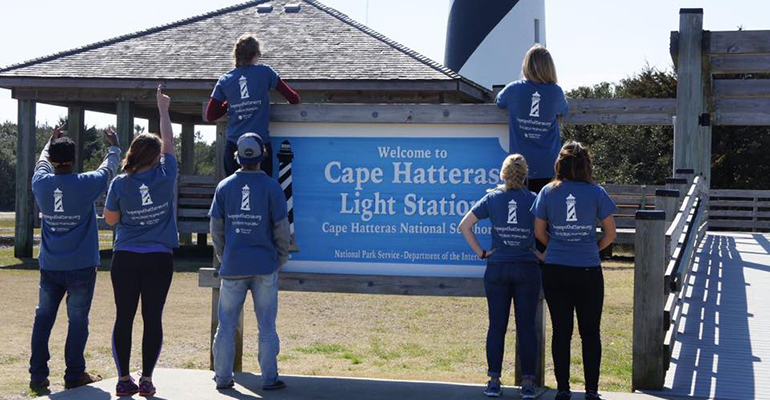 It shows this vulnerable area is home to 16 endangered marine species and 17 that are considered commercially important to the area’s fishing industry.

Meanwhile, river currents pick up and circulate plastics. Floating algae, while critical to marine life, exacerbates the problem, collecting the material and carrying it out to sea.

“We’ve found plastic doing research cruises off the coast of Beaufort, N.C., south of Hope Spot Hatteras. It could be out there for decades to centuries, and how many fish and wildlife can it entangle?” says Sam Athey, a graduate marine science student at UNCW and director of POP chapters. The Wilmington chapter took the research findings to communities to let them know the problems and how they could help.

“We traveled along the coastal Carolinas. We spent 15-hour days going to tourist locations, restaurants and shops to talk to people there. We sold t-shirts promoting Hope Spot Hatteras. We did social media and created a website. Then, we got folks to sign a petition that we took to Mission Blue to get Hope Spot designation,” says Athey.

The UNCW chapter of POP is looking beyond Hatteras. It coordinated one of the biggest coastal cleanups in North Carolina on Earth Day, and it’s targeting seven sites, including one offshore–from Wilmington to Nags Head.

“We will not only move thousands of pounds of trash but educate a lot of people about critical ecosystems,” says Athey. 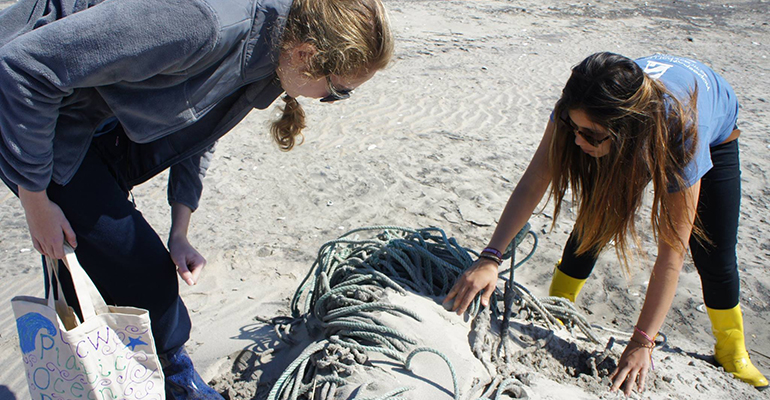 Going back to the group’s pet project, Hope Spot Hatteras, Arisa Yoon, a UNCW environmental sciences student, created a documentary called “Put it on The Map!” She and other local POP members made multiple trips to the Outer Banks, beginning with a trek just to decide what to film.

“We wanted to raise our own awareness so when we approached the community, we knew what we were talking about,” says Yoon. “As we went to different towns, we filmed the wildlife and the beauty of the raw, natural landscape. We went into marshlands and watersheds, cleaning plastics and other litter at Cape Hatteras. And we taped ourselves doing it.”

People went online to watch the documentary and came out to screenings on campus that were intended to tell young generations that they can influence others’ actions.

“The documentary was just 10 minutes, but we have a vision of creating a full-length piece. I think it would resonate more. People will see more collaboration in the community. And they will see more on how important this Hope Spot is,” says Yoon.

Monteleone and her team continue their research, including quantifying plastics and looking at compounds leaching out of water bottles that are known hormone disrupters.

“Now, we are looking specifically at black sea bass [working with Oregon State University] off the North Carolina shore. While we have only dissected a small number, we are finding plastic in some fishes’ stomachs,” she says.

But the problems reach further, says Monteleone, who has traveled the world.

“We are finding plastic everywhere, even in some of the most remote places on the planet. It is estimated that 80 percent of ocean debris, much of which is plastic, is coming from land runoff. By catching it before it ends up in the water, we prevent it from ending up in the middle of the ocean,” she says.