Miami Hurricanes to Wear Uniforms Made from Marine Plastic 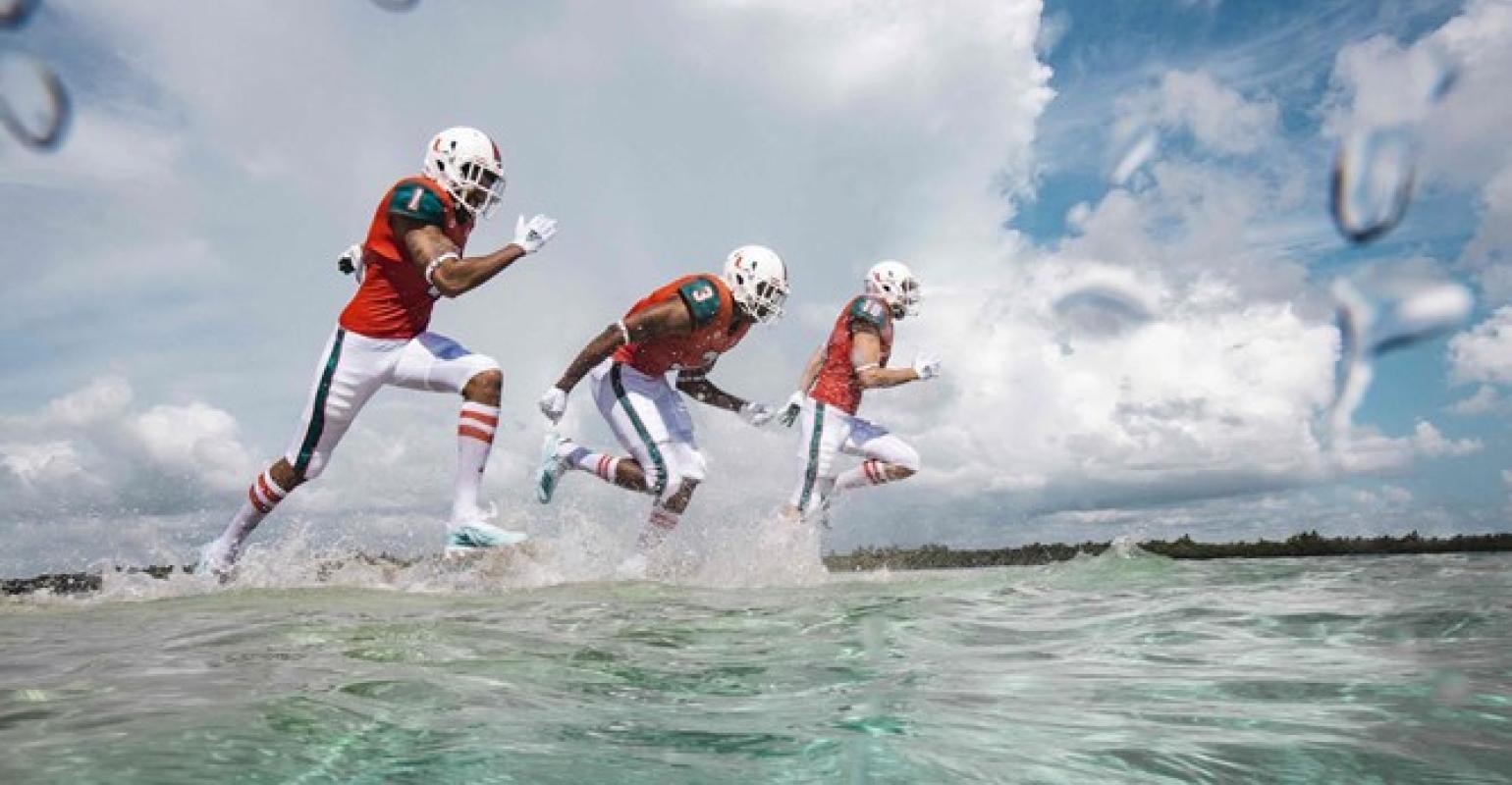 During its opening game, the Miami Hurricanes will wear uniforms that feature repurposed and upcycled materials.

The Miami Hurricanes are set to wear football uniforms made from marine plastic waste in their opening game against Louisiana State University on September 2.

Earlier this week, the Hurricanes and Adidas, the team’s apparel outfitter, unveiled “the first-ever football uniforms” featuring repurposed and upcycled materials. Parley for the Oceans helped design the uniforms.

The Sun-Sentinel has more details:

The Hurricanes have a preseason top-10 ranking, sky-high expectations and now, environmentally-conscious uniforms that, they hope, will not only raise awareness about pollution in the oceans, but raise funds for Miami’s Rosenstiel School of Marine and Atmospheric Science.

On Monday, Miami and its apparel outfitter adidas unveiled a set of alternate uniforms the Hurricanes will wear for their Sept. 2 season opener against LSU that are described as “the first-ever football uniforms featuring repurposed and upcycled materials.” The uniforms were designed in conjunction with Parley for the Oceans, a nonprofit organization that “addresses major threats towards our oceans.”

After wearing the new uniforms in their nationally-televised opener, the Hurricanes will auction them off with the proceeds going toward the Rosenstiel School, Miami said in a statement.