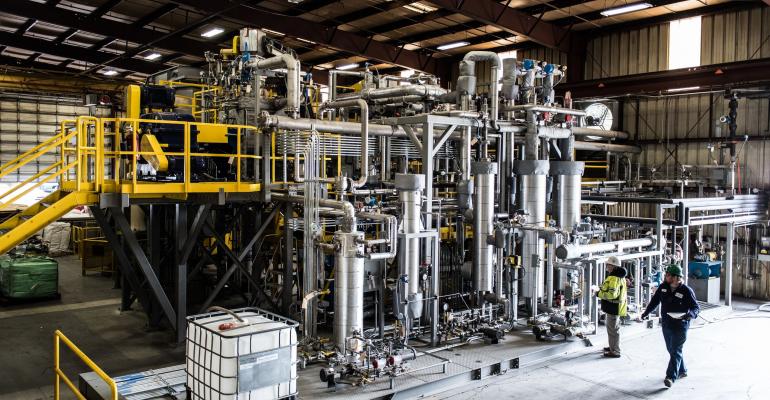 There are a number of chemical recyclers pitching proprietary technologies whereby wasted plastics can be converted to one of several categories. One involves converting plastic to the same or similar plastics; one involves making chemical raw material to refine into other plastics; another entails making fuel from plastics.

Companies commonly focus on one of these three product categories. But Agilyx CEO Joe Vaillancourt says his company can make multiple products in each of those categories, enabling the capture of more material to create more products.

Agilyx uses the same core platform for each application, involving pyrolysis, whereby heat is applied with no oxygen to break down the chemical bonds of plastic to reform it. But figuring out how to make specific products from each material can be complex. 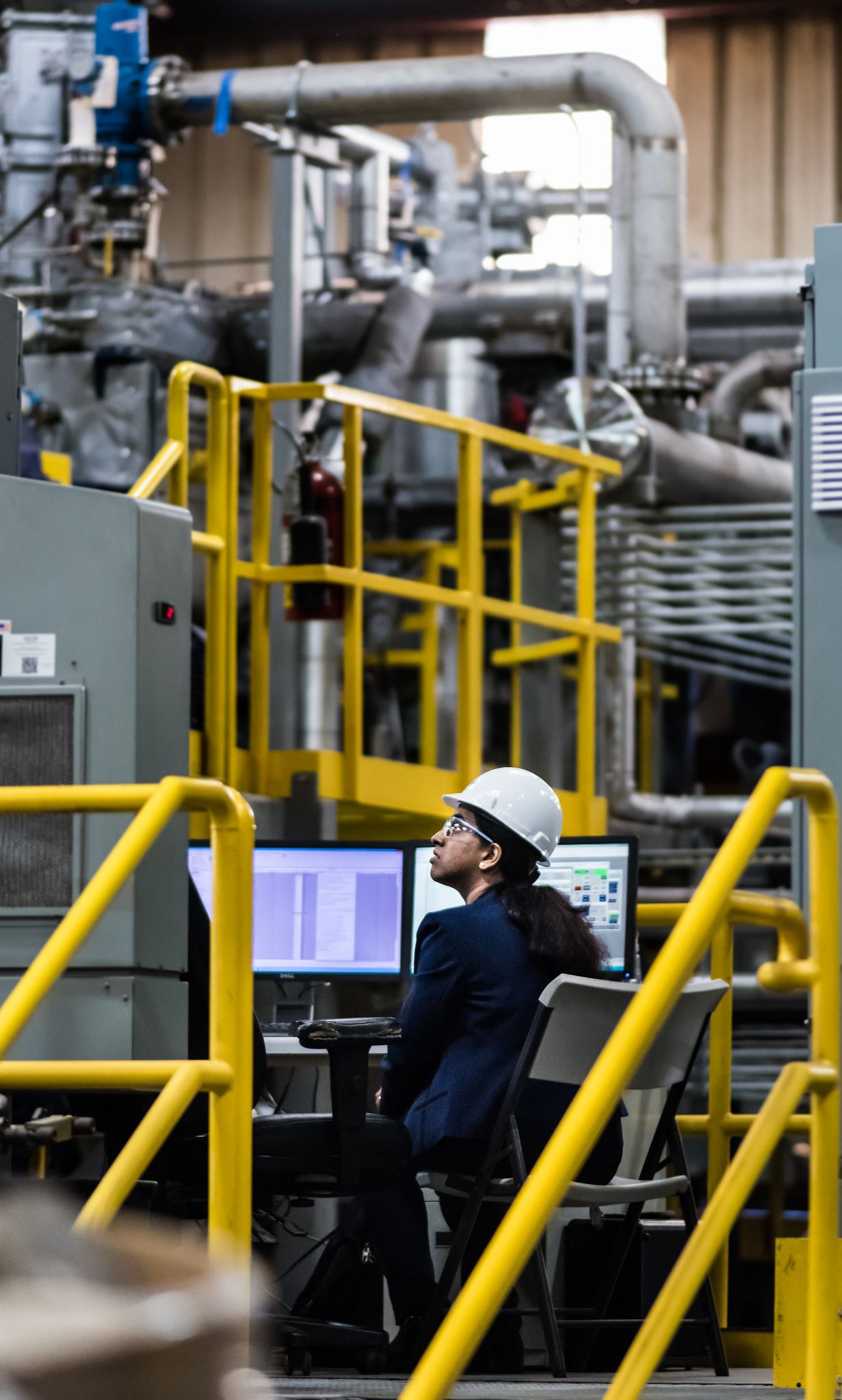 Mitsubishi and Lucite will soon be using Agilyx’s depolymerization technology to process acrylic. And the tech developer is building a fuel plant with Delta Air Lines among ventures with multiple stakeholders,  each with their own application in mind.

A major focus has been around capturing and processing polystyrene to address a huge environmental problem. A 2016 study found that 1.3% of 2,350 tons of polystyrene was recycled; the rest ended up primarily in landfills and waterways.

“We source 10 tons a day of waste polystyrene at our plant in Tigard, Ore., which comes from 500 different customers,” says Vaillancourt. “And of those 500 sources, 400 have different qualities of feedstock that are not interchangeable. So we chemically characterized all 500.”

This characterization process provides information to help ascertain how to formulate what Vaillancourt calls “plastic recipes” of mixed ingredients to make a consistent styrene monomer to put back into polystyrene products.

This two-pronged approach is applied not only to polystyrene but to other plastic types.

The polystyrene program is Agilyx’s fastest-growing operation. A key to the expansion has been partnerships with plastics manufacturers and suppliers such as Americas Styrenics and INEOS Styrolution.

“We are taking polystyrene waste from yogurt cups to seedling trays,” says Vaillancourt. “We can take the material with dirt and fertilizer and make it into a monomer to create food-grade material that can go back into a product like the original one.” 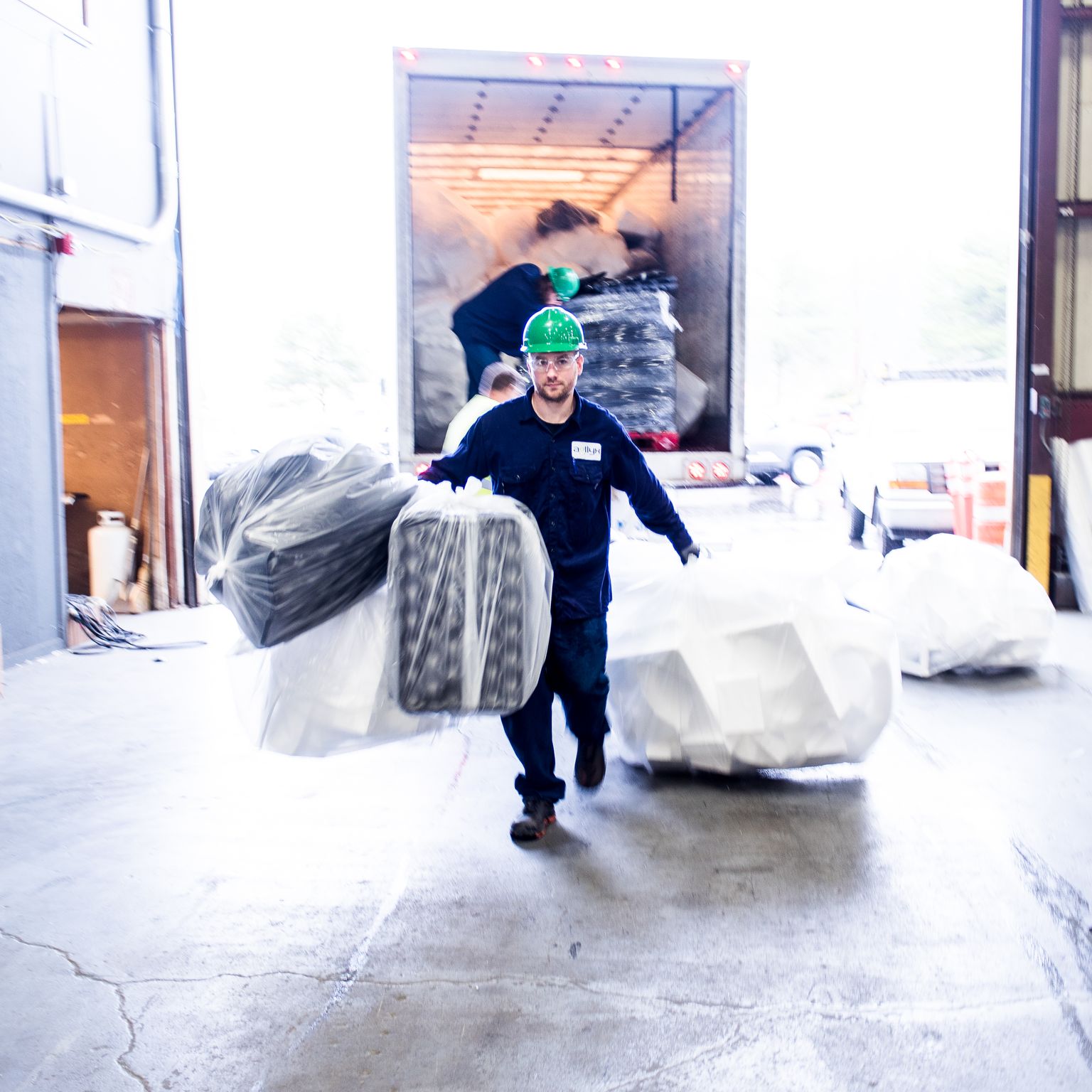 Now the company is working with waste service provider Oregon Metro to be able to create food-grade material through a polystyrene drop-off program for residents.

“We are not just collecting expanded polystyrene, but extruded polystyrene as well, so we can take in more products, from contaminated food packaging to appliance packaging,” says Vaillancourt. “This includes materials that were not historically collected before. And because we are breaking the polystyrene into styrene monomer, we are making more products with more uses.”

Penny Erickson, Metro South site superintendent for Oregon Metro South, a company that provides waste services in Portland, says she has noticed that many of her customers have been cleaning out garages or have been getting a lot of boxes from Amazon and similar companies that contain polystyrene.

“Many people routinely ask for recycling of polystyrene, and we reached out to Agilyx about partnering to make that happen,” she says.

Erickson was initially concerned about transporting polystyrene in roll-off boxes to Agilyx’s plant because the material is bulky yet lightweight, so only so much by weight could be transported at a time.

“We were looking to minimize truck trips while getting as much of it recycled as possible,” says Erickson.

To sweeten the deal, Agilyx offered a densifier, a machine that condenses polystyrene, as well as labor to run the equipment, reducing the costs and emissions generated from transporting the material.

“We’ve been doing this for over a month,” says Erickson. “The volumes are increasing, and we are excited about it. We’ve gotten positive comments from local jurisdictions, policymakers and citizens.”

Metro South trained the community on what could go in the bags for polystyrene. They trained scale house workers to be able to answer residents’ questions. And they established a small fee for loads of only polystyrene.

“From my agency’s perspective, we like to say this is a pilot to ensure there is acceptance and that there will be no unanticipated problems,” says Erickson. “We will keep accepting material and working with Agilyx, and if there are kinks to work out, we will. My hope is that it can be replicated at other facilities in the region.”

Vaillancourt is optimistic about the potential of the Agilyx technology, but beyond that he sees benefits in focusing on the process of collecting hard-to-recycle materials and figuring out viable uses along the supply chain.

“When you think about how to increase recycling rates, the struggle is more around the supply chain than the technology,” says Vaillancourt. “We are providing the technology andcreating a supply chain that allows chemical recycling to work. We supply the feedstock for a specific application, and then our customers in the petrochemical industry make the products and sell them downstream.”