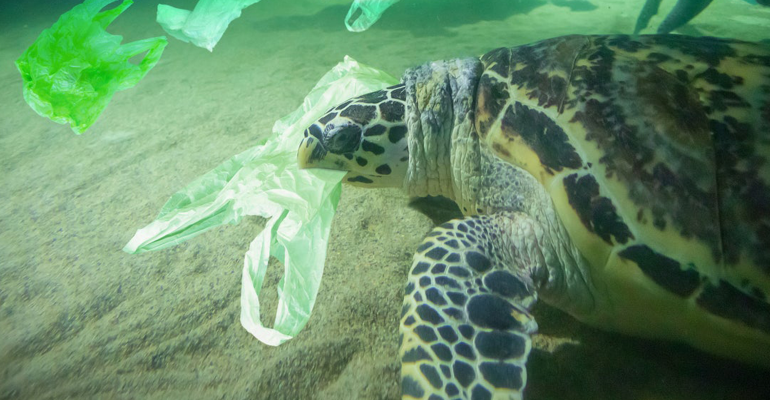 4ocean, a Certified B Corp that is committed to ending the ocean plastic crisis, has partnered with Poralu Marine, a global marine industry leader, to deploy a new beach-cleaning robot called the BeBot, which targets microplastics.

Developed by Poralu Marine, the BeBot runs on batteries connected to a solar panel, and can cover an area roughly three-fifths the size of a football field each hour. As it motors along, it “sifts the top layer of sand through a screen, capturing anything larger than a square centimeter, from pieces of old packaging to cigarette butts.” It is much more efficient than human hands and much smaller and quieter than the large equipment sometimes used in beach cleanups. After BeBot has finished its collection, a person does need to sort through the contents “to separate recyclable plastic and trash from materials that can return to the sand. That’s still time consuming, but much faster than trying to sift through each part of the beach manually.”

4ocean, which makes products from plastic collected from the ocean, beaches, and rivers, is testing the robot first in Hawaii, where some beaches are known as the most plastic-polluted places on the planet. “That’s where a machine like this is designed for, because it’s nearly impossible to spend that much time sorting out these materials,” noted Alex Schulze, cofounder and CEO of 4ocean. The company will recycle the plastic collected by BeBot for use in products such as sneakers and also hopes it will raise greater awareness of the plastics crisis.