HomeRecyclingPlasticsMalaysia Works to Return Hundreds of Containers of Scrap Plastics
Recent
Recycling’s New Crisis: Demand is Fine, but Where is Supply?
Dec 01, 2021
Right to Repair Fights Electronic Manufacturers to Blocking Fix It Opportunities
Dec 01, 2021
Eastpak and Depop Partner to Launch Re-Built to Resist Collection in the United States
Dec 01, 2021
Stericycle Commits $1M to the National Park Foundation to Preserve and Protect Parks for Future Generations
Dec 01, 2021
POLL
EPA Awards $886,000 Grant to D.C. to Reduce Harmful Runoff from Trucks
Dec 01, 2021
Covanta and ETQ to Create the Leading Sustainable Waste Solutions Provider
Dec 01, 2021
Sponsored Content
Developing an Efficient Layout at Your Composting Facility
Humans and Satellites Work Together to Map the World's Plastic Waste Dumpsites
Nov 30, 2021
Need to Know
brought to you by

Malaysia Works to Return Hundreds of Containers of Scrap Plastics 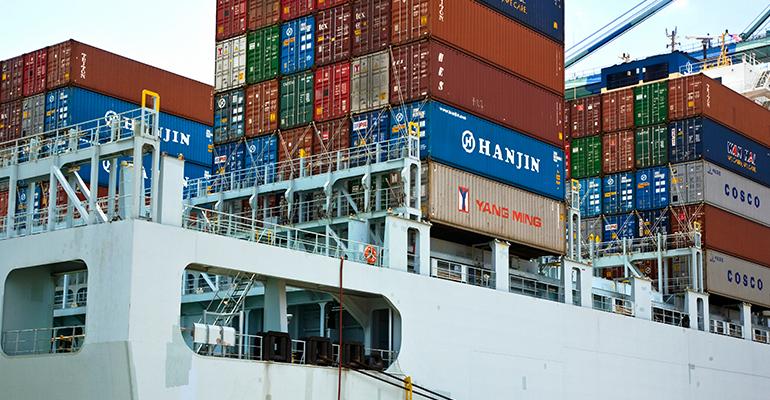 After China banned imports of certain materials, Malaysia ended up becoming one of the world’s main destinations for plastic waste. Now, the Southeast Asian nation is negotiating with countries to take back the trash they’ve shipped off to Malaysia.

Reuters reports that more than 300 containers carrying plastic waste from Japan, Hong Kong, Europe, Canada and the United States are being held at the port in Penang state, one of the busiest in Malaysia. Some countries have agreed in principle to take back a total of 200 containers, and Malaysia vowed earlier this year to send plastic waste back to the source countries and get them to pay for the transportation costs.

Malaysia is negotiating with countries sending their plastic waste to the Southeast Asian nation to take back the trash and is waiving storage fees to clear hundreds of containers of scrap stranded at ports across the country for months, officials say.

The Southeast Asian country upped scrutiny after huge inflows and stopped many containers that looked to unload scrap in Malaysia without the required permits, officials from the port and the government told Reuters this week.