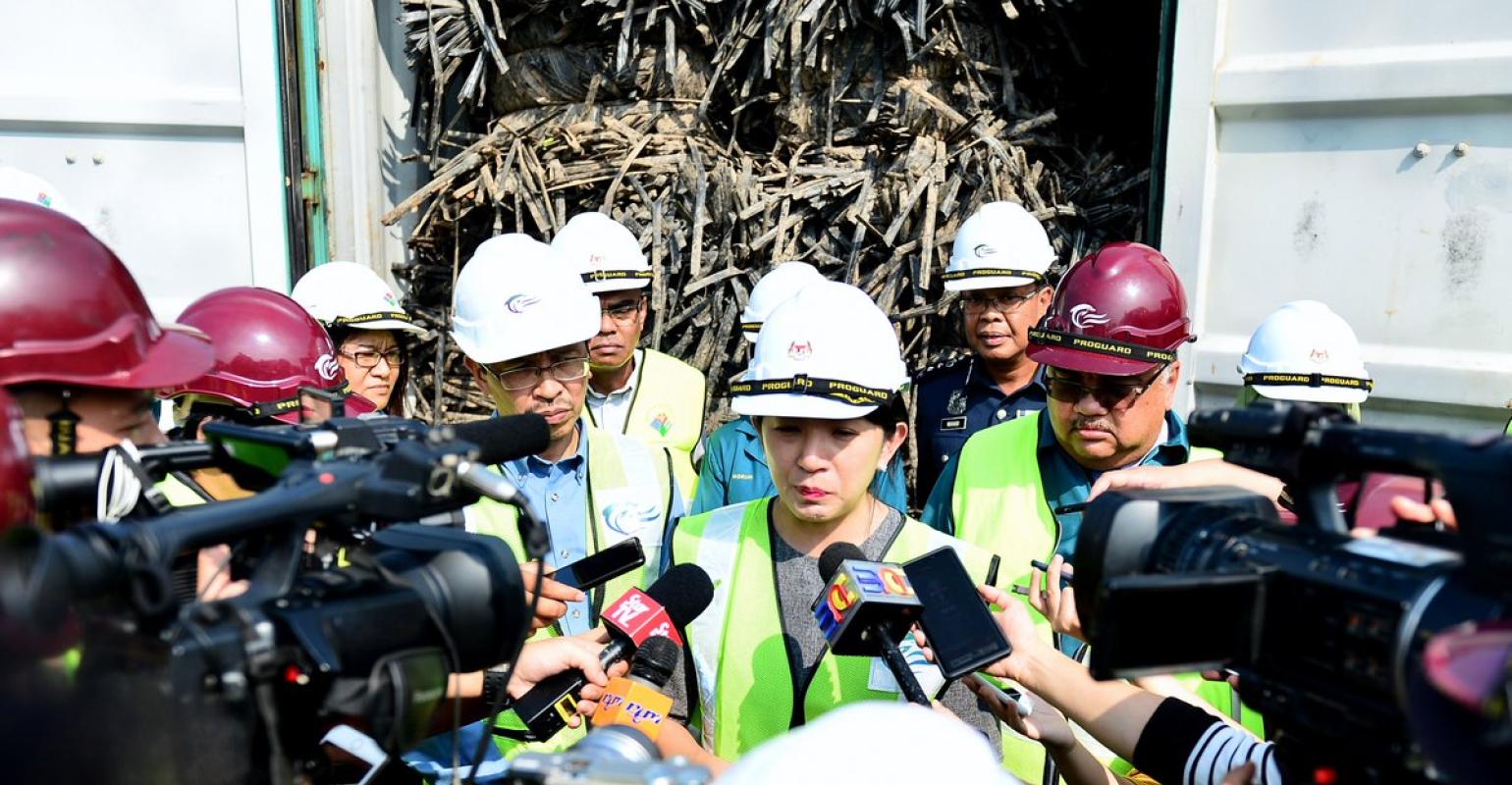 Malaysia is continuing its efforts to raid and shut down unlicensed plastic recycling facilities to slow an increase of imported scrap materials.

At the beginning of the year, the country’s environment minister announced that 100 illegal plastic waste factories in Malaysia are set to be shut down in the first quarter of 2019. At the time, Malay Mail reported that since the freeze on importing plastic waste into Malaysia took effect last summer, 61 operations were conducted in illegal factories. Licensed factories are being scrutinized to determine if their operations adhere to the law.

Malaysia’s Ministry of Energy, Science, Technology, Environment and Climate Change (MESTECC) government continues to raid and shut down unlicensed plastic recycling facilities in that nation in an effort to slow a rising tide of imported scrap materials.

An April 23 notice posted to the ministry’s website (in Malay) says on that day it opened containers in Port Klang, Malaysia, that contained what it calls unwanted materials commingled with plastic scrap.

A series of photos accompanying the announcement shows an open container loaded with what appears to be plastic-coated wire and cable, presumably with marketable and copper or aluminum within. MESTECC says it cooperated with two other government agencies and the port’s operating companies to identify and open the containers.