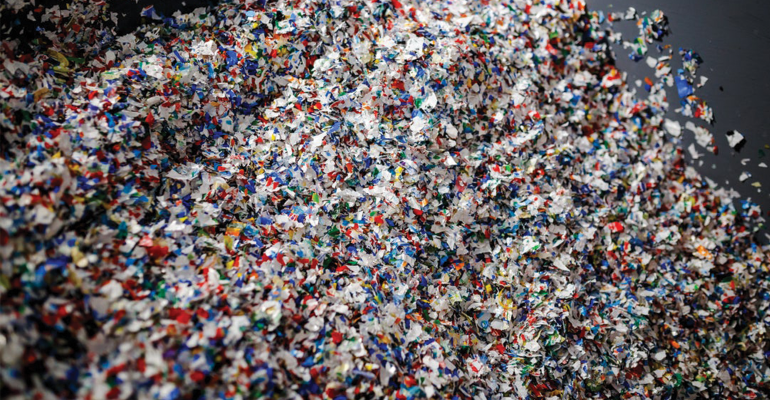 Seattle, WA - The Basel Action Network, a global watchdog group tracking the global trade in wastes, has joined forces with academics at Columbia and Yale Universities to create the Atlas of Plastic Waste, mapping thousands of plastic waste dumps scattered around the world. The project aims to harness human discoveries, along with inputs from satellite and computer technology to identify and map sites in every country where plastic waste ends up in the terrestrial environment. The goal is to provide an evolving database that will raise awareness with environmental officials and the general public on the unsustainable characteristics of plastic and how it has become an unwanted geographic feature of our collective landscape and earth's biosphere.

In addition to thousands of formal landfills that are chalk-full of plastic waste, there are even more unmapped informal dumps.

"The plastic dumps are often adjacent to recycling facilities, scattered between urban residential areas, along beaches and rivers, in canyons and ravines, on the edges of farmland everywhere on earth," said BAN’s Executive Director. Jim Puckett. "It’s not a pretty picture but one that we all must comprehend and apprehend. Our Atlas aims to make our romance with plastic and its consequences tangible and real."

BAN, as a core member of the Break Free From Plastics Movement, will be asking anyone across the globe to register any local dumps they are aware of, including both official and unofficial landfills containing plastic waste on an interactive online portal. With these locations recorded, the project then will use satellite data to view these dumps and create a machine learning algorithm that can find more sites independently/automatically with computer technology and artificial intelligence.

BAN plans to make all data publicly available on the website for general viewing once it has been verified. Until then, BAN calls on everyone to nominate their (least) favorite dumpsites so that together, we as global citizens can make our displeasure with plastic waste known.