How Much Does Amazon and E-Commerce Contribute to Plastic Pollution? 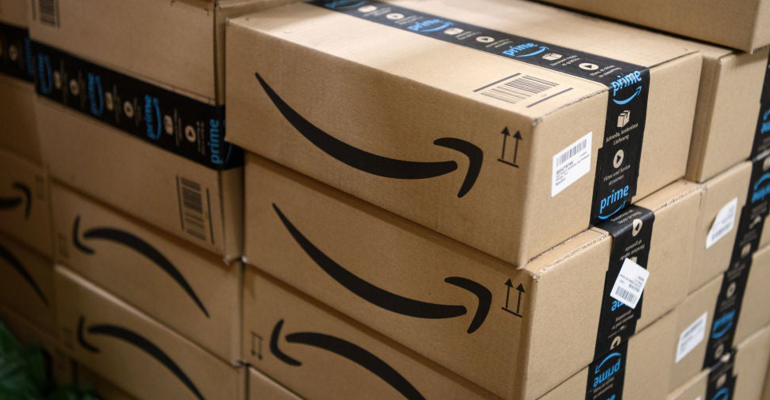 The issue of plastic pollution continues to compound as the COVID-19 pandemic drives global demand for disposable, safe solutions.

E-commerce sales have a projected growth rate of more than 20% in 2020, a result of economic shutdowns and shelter-in-place orders. The surge has created additional plastic waste with packaging.

Matt Littlejohn, Oceana’s Senior Vice President, stated the study’s findings showed that “the plastic packaging and waste generated by Amazon’s packages is mostly destined, not for recycling, but for the landfill, the incinerator, or the environment including, unfortunately, our waterways and sea, where plastic can harm marine life.”

The plastic film used in Amazon packaging is not recyclable. Municipalities and materials recovery facilities (MRFs) largely are not able to sort and process polyethylene plastic film as part of curbside recycling programs. As of 2014, a mere 4% of plastic film from residential programs was recycled.

As a result of these findings, Oceana surveyed more than 5,000 Amazon customers in the United States, Canada and the U.K. Eighty-six percent of consumers showed concern for plastic pollution, and 87% indicated they wanted online retailers to provide plastic-free packaging choices.

Littlejohn called on Amazon to listen to consumer’s requests for plastic-free, sustainable alternatives and to “make real commitments to reduce its plastic footprint.”

While companies increasingly begin to listen to consumer demands for solutions, Oceana stated that Amazon has not been transparent in the data behind its flexible plastic packaging and its efforts to protect the climate and environment.

Even though it allegedly has lacked transparency, Amazon has demonstrated that it can scale alternative packaging in other countries such as India.

Following Indian Prime Minister Narendra Modi’s mandate to end single-use plastics in the country by 2022, the e-commerce giant swapped its recognizable plastic bubble wrap for paper cushion and began using “100% plastic-free biodegradable” paper tapes across all of its 50-plus fulfillment centers.  Because of this, Oceana criticized Amazon’s failure to use paper-based lightweight mailers on a company-wide level, especially as analysts estimate company sales to boom by more than a third in 2020.

Amazon thanked Oceana for sharing the report with the company but said the data and findings were inaccurate. The online retailer stated that it uses a quarter of the plastic packaging than is estimated.

“You have also incorrectly applied a model to calculate plastic waste into fresh water and marine ecosystems,” Amazon wrote to Oceana. “The model used in the Science paper mentioned in your report was not designed to focus on e-commerce packaging in the US and EU.”

The company added that it is “committed to protecting the planet” and said that it remains open and to “an informed, constructive dialogue.”

Oceana responded to the statement, saying: “we are glad to hear the company shares Oceana’s goals for protecting the world’s oceans and supports the reduced use of plastic. However, until Amazon shares its plastic packaging data and offers specifics, we are confident that the estimate in Oceana’s report is based on the best available data for the amount of plastic packaging used in e-commerce per country and market shares for Amazon, including its marketplace vendors.”

The organization responded that the data analyzed was gathered from a peer-reviewed study about plastic pollution including packaging waste. It criticized Amazon’s response, saying that the e-commerce retailer’s responses were merely “anecdotes about packaging weight rather than transparency or clear commitments related to reducing plastic.”

Even if Amazon only produced a quarter of the waste stated in the report, Oceana wrote, its footprint is still “enough to circle the earth over a hundred times in the form of air pillows and to cause very large problems for the oceans.”

Because Amazon is one of the leading, global innovative and data-driven companies, the company “can and should be a leader in transparency and in reducing plastic use (and saving our seas),” Oceana concluded.

Waste360 reached out to an Amazon representative to inquire about the company’s sustainability goals specific to plastic packaging. No response was received.