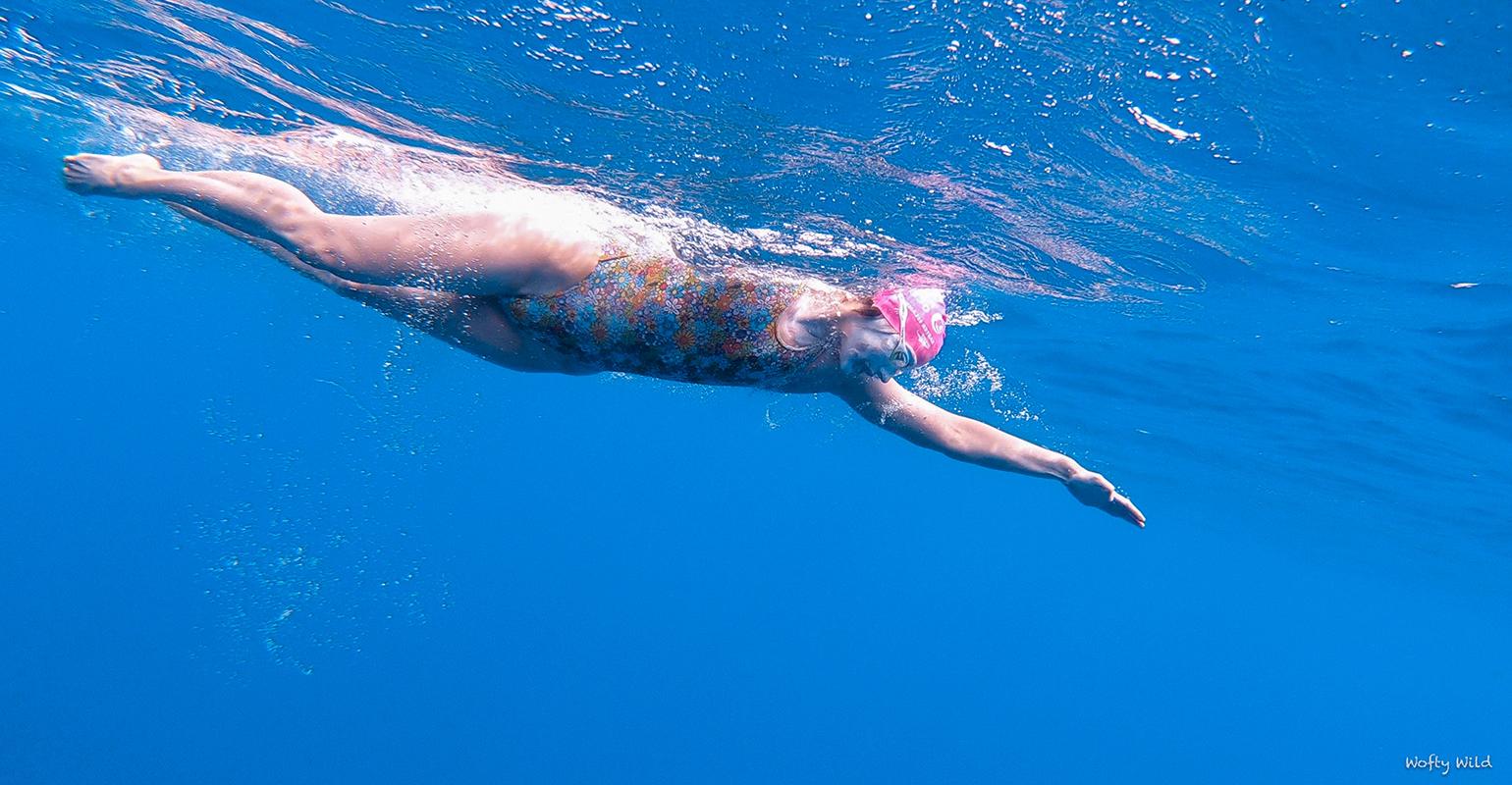 Ferguson achieved the world-record swim around Easter Island on Saturday, March 16. She swam 39.46 miles (63.5 kilometers) continuously over a duration of 19 hours and 8 minutes, finishing ahead of schedule in a swim expected to take approximately 24 hours to complete. She began swimming on March 15 at 8:07 a.m. EASST, officially launching the Swim Against Plastic campaign.

“It's an incredibly special moment for my team and me right now. To have pioneered a swim like this is still something I am wrapping my head around! But to have succeeded in doing something no one else has done is both humbling and amazingly exciting,” said Ferguson, founder of Breathe Conservation and ambassador for Plastic Oceans International, in a statement. “I hope that just as I swam around Easter Island, one stroke at a time, people choose to make one small decision at a time around single-use plastic to help preserve this beautiful blue ocean of ours.” 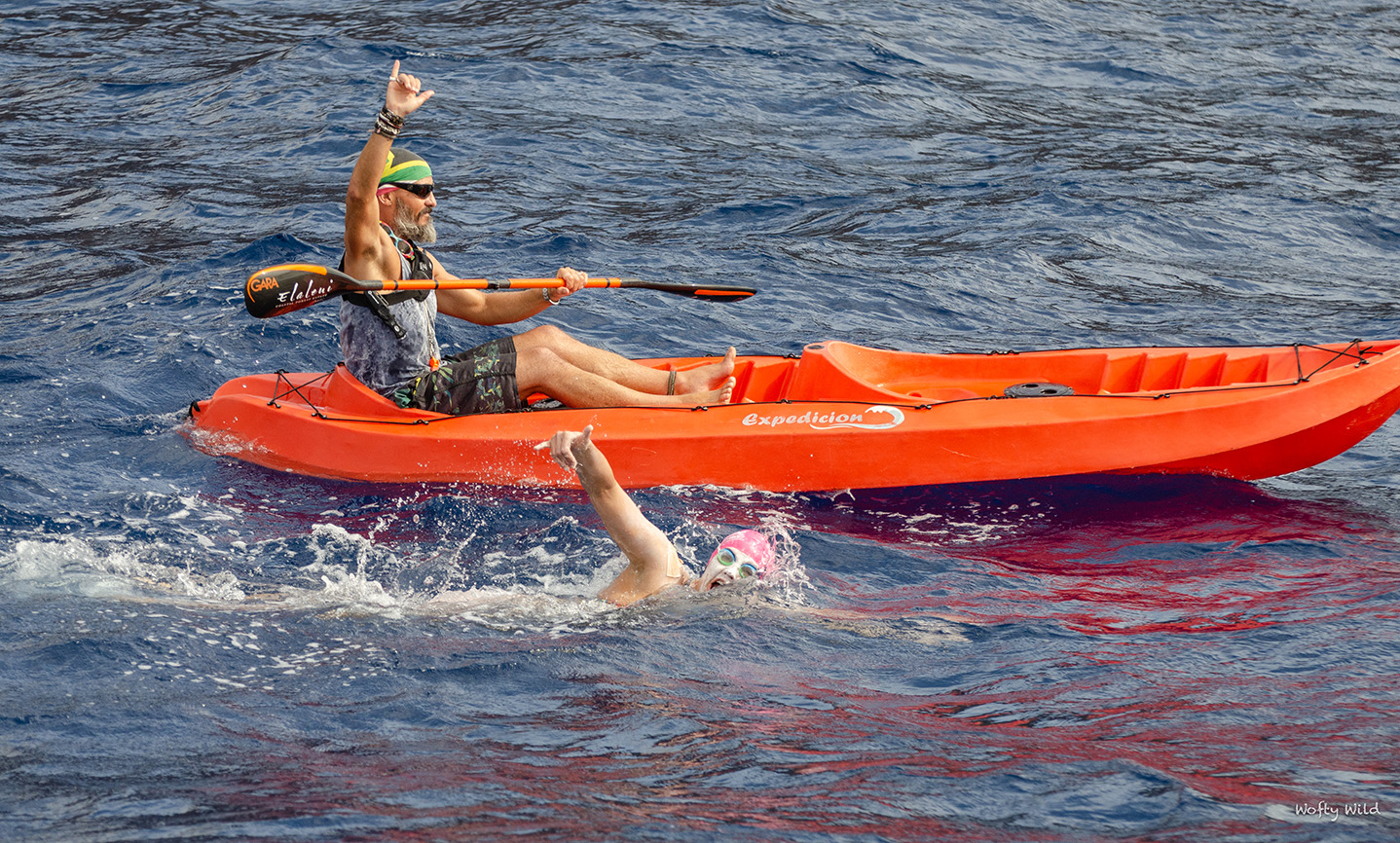 The goal of Swim Against Plastic is to encourage people to rethink their habits toward single-use, or throwaway plastic, and empower them to change and become part of the solution. Swim Against Plastic: Easter Island explores how local plastic pollution is impacted on a micro level—by exponentially growing tourism, increased population, commercial fishing and waste management—while providing a model to translate to a macro level for global application. Events include the record-breaking swim, education forums and beach cleanups, all coordinated with members of the Easter Island community.

Ferguson swam through dangerous currents in very high salt content, facing many serious risks to accomplish this human first. Her commitment to raise awareness about plastic pollution is why the Breathe Conservation founder, Plastic Oceans International ambassador and retired South African national swimmer embarked on Swim Against Plastic: Easter Island. She trained extensively to prepare and arrived on Easter Island from South Africa on March 11.

Easter Island was chosen for Swim Against Plastic because the surrounding waters contain one of the highest concentrations of microplastics in the Pacific Ocean, despite its distant location. The Chilean territory is considered the most remote inhabited island on the planet, more than 2,000 miles from the Chilean coast, between Chile and New Zealand, with the nearest island more than 1,200 miles away.

Most microplastics on Easter Island originate from sources thousands of miles away, and along with larger pieces of plastic, travel to the island as a result of the South Pacific Gyre. An additional 20 tons of trash is produced daily on the island, which has prevalent waste management issues, especially related to the exponentially growing tourism industry and increasing population.

Chile implemented new rules to limit access and tourism on Easter Island to protect the culture and environment. Rapa Nui, the island’s indigenous name, is a UNESCO World Heritage Site. It is well known for the unique cultural phenomenon of shrines and enormous stone figures, called moai, built between the 10th and 16th centuries by the society of Polynesian origin, which settled on the island circa 300 A.D.

“We couldn’t be prouder of Plastic Oceans Ambassador Sarah Ferguson for her leadership and commitment to bring attention to the planet’s plastic pollution problem with her stunning first-time, world-record swim around Easter Island’s entire perimeter,” said Julie Andersen, global executive director of Plastic Oceans International, in a statement. “Plastic pollution threatens the ocean, our food sources and the environment. Easter Island is an example of how even the world’s most remote, iconic and protected locations are not immune to the problem. We encourage people to rethink their habits toward single-use plastic and change their actions to become part of the solution.” 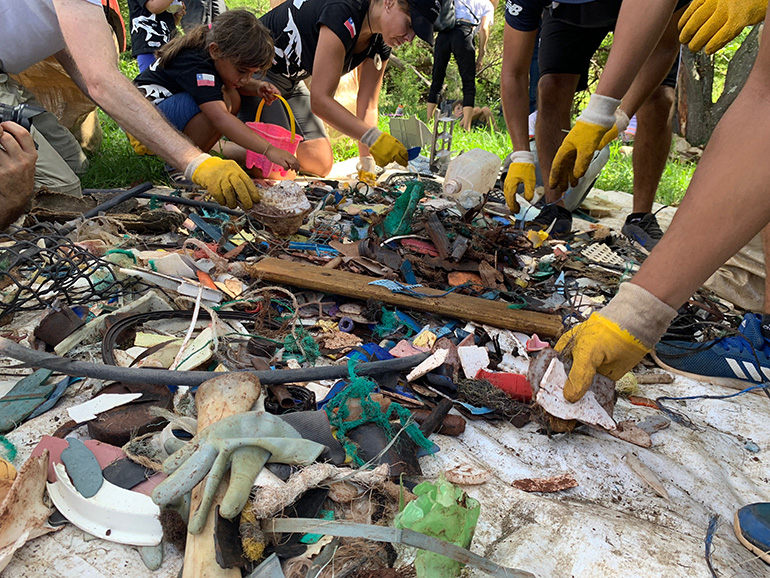