Exploring Plastics and Policy Related to the Circular Economy 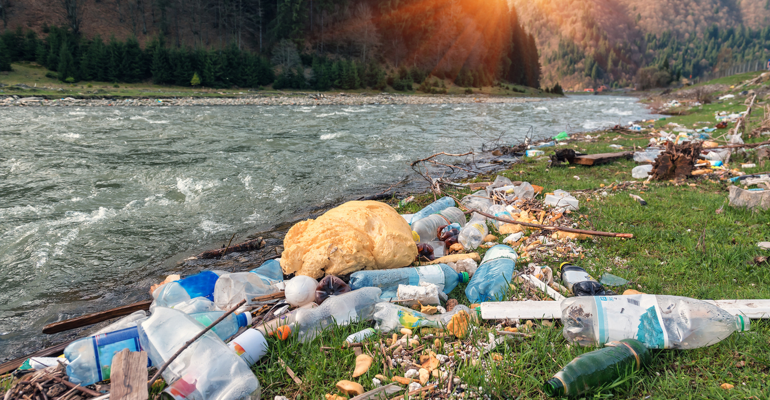 Plastic is literally and figuratively everywhere it seems. That’s why this RRS webinar on “Single-use Plastics & the Circular Economy — Influencing Global Packaging Policy” caught my eye.

Johnson began by setting the stage about the growing plastics problem. And she noted that, thanks to the circular economy concept, there is a growing awareness and shifting perceptions around plastics and plastics recycling. “A new language around sustainability” has emerged that is creating a ”shared vision among a broad set of stakeholders.” The New Plastic Economy Initiative, led by the Ellen MacArthur Foundation, is driving commitment from brands and others — and at the same time revealing the gaps between those commitments and the ability of our systems to meet them. She also noted that policy makers are picking up a lot of these concepts and putting “goals, targets, and actions around them.” But what’s the best way to ensure they can be met?

Johnson also discussed one of the “red-hot-nerve issues” for plastics, which is that of ocean plastics. With global waste is expected to grow 70% by 2050, this is an increasing concern, and one that is highlighting infrastructure deficits. “I think it’s become clear we have a long way to go to achieve circularity for ocean plastics,” she said. But, one encouraging aspect of the global response includes the growth of Extended Producer Responsibility (EPR) implementation and legislation. There is momentum also on plastic ban bans, fees, and other developments but still much work to be done.

When asked to weigh in on the most important policy instruments being used by governments to reduce plastic waste, Dimino — representing the North American perspective — pointed to mandatory recycling and incentivizing participation. She also noted the need to make recycling easy for participants. “The challenge in the U.S. is that there’s a cost to providing these programs…which begs the question of who pays. Should residents be required to pay? Should municipal governments pay?”

Dimino also talked about a growing idea called ecomodulation, which is a tool that can be used in EPR and other fee-based programs. “It’s essentially a strategy for incentivizing packaging that has better environmental performance, and penalizing product or packages that are problematic in the stream.” This is currently being used in Europe, and “we’re looking forward to seeing, as the concept expands…if it really drives the kind of change we want to see.” Denison confirmed that, “over three decades in Germany we’ve always ecomodulated—with plastic packaging being more expensive than paper or metal packaging, because we try to integrate the cost of end-of-life management. But it hasn’t gone far enough.” She indicated that there is a need to continue to promote recyclability within the current infrastructure and to incentive producers to make changes toward more recyclability. Hickle further elaborated on the role of EPR and the challenges of such in emerging markets.

Dimino said she expects 2021 to be “a busy legislative year for recycling generally, and EPR specifically” — especially in the Northeast and Northwest. “These are typically regions that have mandatory recycling in place, a strong recycling culture, and have been particularly hard hit by the cost increases in recycling over the past few years.” EPR is proven in a lot of other jurisdictions to provide “stable financing and an increase in recycling and improved performance, so that’s really what’s driving the interest.”

As for ongoing challenges, Hickle talked about the “significant costs” embedded into the current recycling systems in the U.S. and how these aren’t necessarily “transparent or recognized.” He said that, “The sheer number of programs in place actually inhibits and drives up costs. So, regardless of whether EPR is implemented or not, we need to take steps toward “collapsing the number of individual programs…and really supporting regionalization of recycling activities.”

In closing thoughts on the most important issues policy can address, related to plastics, Denison reminded the audience that, “You have to put a value on plastics,” whether through a tax or EPR, or another system.

The panelists also touched on other topics including supply-demand imbalances in plastics recycling, the economics of advanced recycling technologies and landfill bans.