Evian to Use 100% Recycled Plastic in All Water Bottles 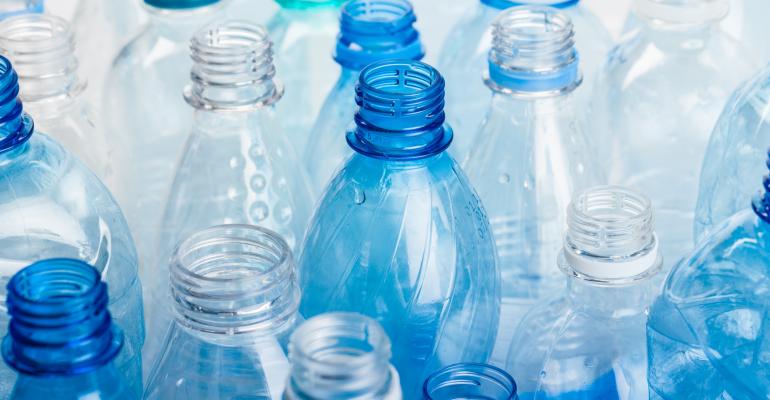 The France-based water company plans to become circular by 2025.

Evian, the France-based bottled water company, announced that it will make all its water bottles from 100 percent recycled plastic. It also announced plans to use all materials in a closed loop by 2025, effectively becoming “circular” and not contributing to buildup of plastic waste.

The company partnered with a Canadian startup called Loop Industries to develop a new plastic recycling technology that depolymerizes old plastic bottles to form a material very similar to that which makes brand new bottles. Such a process makes recycling bottles significantly easier and requires no oil or gas to do it.

Evian, the France-based mineral water brand, is part of the problem, though now it’s also working on a plan to address the challenge–but keep selling bottled water–through a new approach: By 2025, the company plans to become “circular,” using materials in a closed loop. It will work to increase dismal consumer recycling rates, and partner with a nonprofit that works on collecting ocean plastic. In a move that will likely have a more direct impact, all Evian bottles will also be made from 100% recycled plastic. On average, other bottled water companies use only around 6% to 7% recycled plastic today.