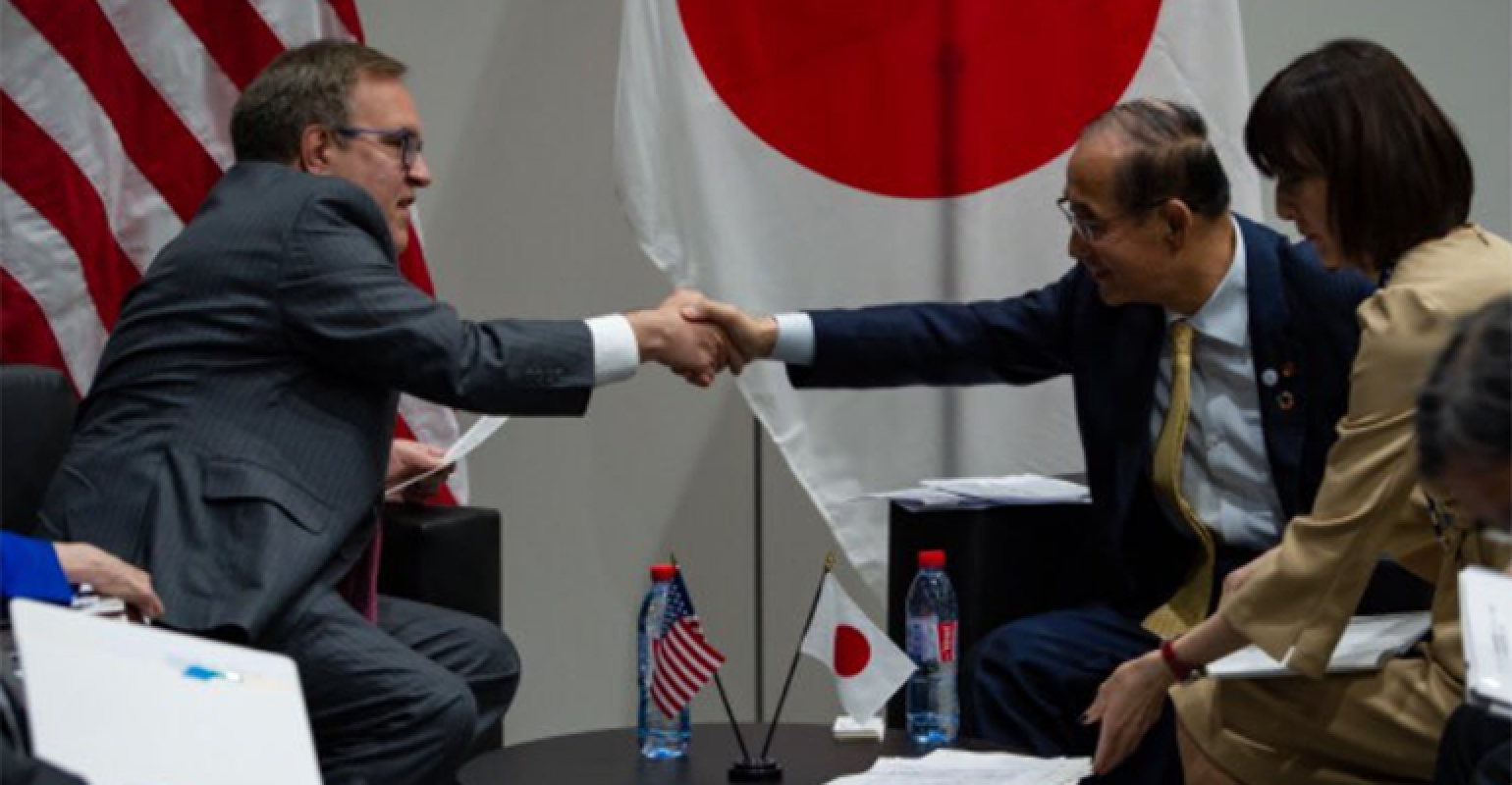 During a trip to Japan this week, Andrew Wheeler, administrator of the U.S. Environmental Protection Agency (EPA), plans to discuss the ocean plastics pollution crisis, referring to it as “one of the world’s most pressing environmental concerns.”

In an interview with The Washington Post, Wheeler emphasized that one of his major concerns is stopping the amount of waste entering the oceans from other countries.

Wheeler’s trip comes after President Donald Trump threatened new tariffs on Chinese import, and according to The Post, the EPA chief’s trip fits into Trump’s goal of increasing pressure on China.

When Environmental Protection Agency chief Andrew Wheeler goes to Japan this week to meet with other environment ministers, action on climate change won't be the priority. Instead, Wheeler plans to talk a lot about the tons of trash floating in the ocean he just flew over.

In an interview with The Post's Juliet Eilperin and Brady Dennis on Monday, Wheeler called the debris clogging the ocean one of the world's most pressing environmental concerns. And with six Asian nations topping the list of contributors of marine trash -- with China the top contributor of plastic pollutants -- the cause well fits into the broader Trump administration goal of ramping up pressure on Beijing.

"That’s where the problem lies,” Wheeler said. “My biggest concern is, how do we stop the waste from other countries?”