The Economic & Environmental Impacts of Poly(3-hydroxyproprionate) 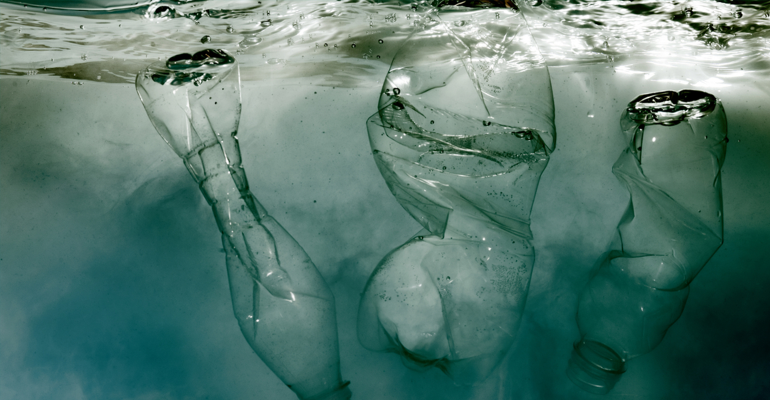 This month, Novomer — a sustainable chemical manufacturing and products company — released a research paper on the “Economic and Environmental Impacts of Poly(3-hydroxyproprionate).” The paper aims to assess end-of-life efficiency for P(3HP), a biodegradable polymer that “reduces environmental and aquatic health impacts while exhibiting attractive properties at a relatively low cost.”

Waste360 wanted to learn more, so we followed up with CEO Jeff Uhrig. Read on for his take on how P(3HP) came to be, its advantages, market potential and more.

How did this Novomer biodegradable polymer material get developed?

Novomer was organized to take advantage of a novel catalysis process that substantially reduced the cost to make lactone intermediates. Once the low-cost route to make these intermediates was established, the company identified several potential options to make chemical derivatives. Its primary initial target, acrylic acid, was selected due to a lack of biobased options to make acrylic acid combined with Novomer’s low-cost route.

However, as oil prices materially declined in early 2020, Novomer reconsidered this strategy and began the process of identifying other targets that would not be pegged to oil price fluctuations. During this strategic review, Novomer established a process to make high molecular weight compostable polymers at a cost believed to be attractive to the market. The result has been a complete reset of the Company’s focus, with Rinnovo - the trade name established for poly(3-hydroxypropionate) – its sole product target.

What is Rinnovo made of and how is it made?

Once the ethylene oxide and carbon monoxide are converted to beta-propiolactone, or BPL, the BPL undergoes a ring opening polymerization to make high molecular weight compostable polymers.

How will it degrade, and how long will it take?

Like many compostable polymers with a polyester backbone, the process of biodegradation is a two-step process. The first step is to break the polymer into smaller molecules called monomers, or depolymerization. The primary method of depolymerization in nature is attributed to ester hydrolysis. In soil, the activity and concentration of hydrolytic enzymes (or depolymerases) are the primary rate determinants for this hydrolysis process. These enzymes are secreted by living organisms, and the organisms can be affected by a broad range of abiotic factors, including soil temperature, pH, and moisture, as well as biotic factors including nutrient concentrations.

Several methods have been developed to standardize the decomposition rates of polymers, including ISO 14855-1 (2012). Under these test conditions, a Rinnovo sample was found to fulfill the biodegradation requirement under ASTM 6400 and EN 13432 within 90 days of testing under the given aerobic conditions. This rate is generally considered slower than cellulose and faster than polylactic acid, two other commonly produced compostable polymers.

What are the primary advantages of the material? How does it benefit the environment and aquatic life?

The primary advantages of Rinnovo are its properties, cost, compatibility with nature, and its environmental performance for both oceans and land.

No company intends for its product to escape waste management infrastructure and end up in natural environments, however, more than 30% of single-use plastic packaging continues to do so. Once in natural environments, Rinnovo’s benefits in oceans include (i) reducing / eliminating biofilms found on non-biodegradable ocean plastic waste, (ii) reducing / eliminating microplastics caused by non-biodegradable plastic waste, which may impact aquatic ecosystems even when placed in landfills, and (iii) reducing aquatic toxicity resulting from non-biodegradable polymers in oceans. For land, Rinnovo’s environmental performance includes (i) reducing waste sent to landfills and incinerators, (ii) reducing rates of “leaked” polymers, and (iii) reduced greenhouse gas emissions resulting from waste collection infrastructure.

What is the current status of the material? Is it ready for use?

The polymer has been made in 5L pilot scale reactors. We are currently installing a 10-gallon reactor in our demonstration, which should be operational in Q1 2021. Once demonstrated at this scale, much larger volume reactors would be available for low-risk scale up. We are currently sampling with several customers our RinnovoTM 3HP H1000 XP product, which is our high molecular weight polymer.

Can you offer a comparison of the costs and performance of Rinnovo with non-biodegradable plastics?

What does the company see as the material's potential market use?

There is a broad application opportunity for Rinnovo polymers. Novomer’s business model focuses on delivering high-quality polymers to customers, allowing them the flexibility to address their most critical market needs. Some potential markets already demonstrating the adoption of biodegradable polymers include flexible and rigid packaging, agricultural films, and waste collection.

Your recent research also looked at the lifecycle of single-use plastic packaging in a holistic context; what are your takeaways from this?

Contextualizing single-use plastic packaging and its lifecycle illuminates that consumption of such products is a systems issue, where no single lever can fix the challenge that is waste generation. At Novomer, our fundamental belief is that by reducing system complexity, a more environmentally favored outcome can be delivered. By looking toward nature as a clue, Novomer applies innovative thinking at the initial stages of the product life cycle. Through this evaluation, we have developed a product that is compatible with nature, which in turn will reduce system complexity and create an outsized, meaningful impact towards better environmental and social situations.