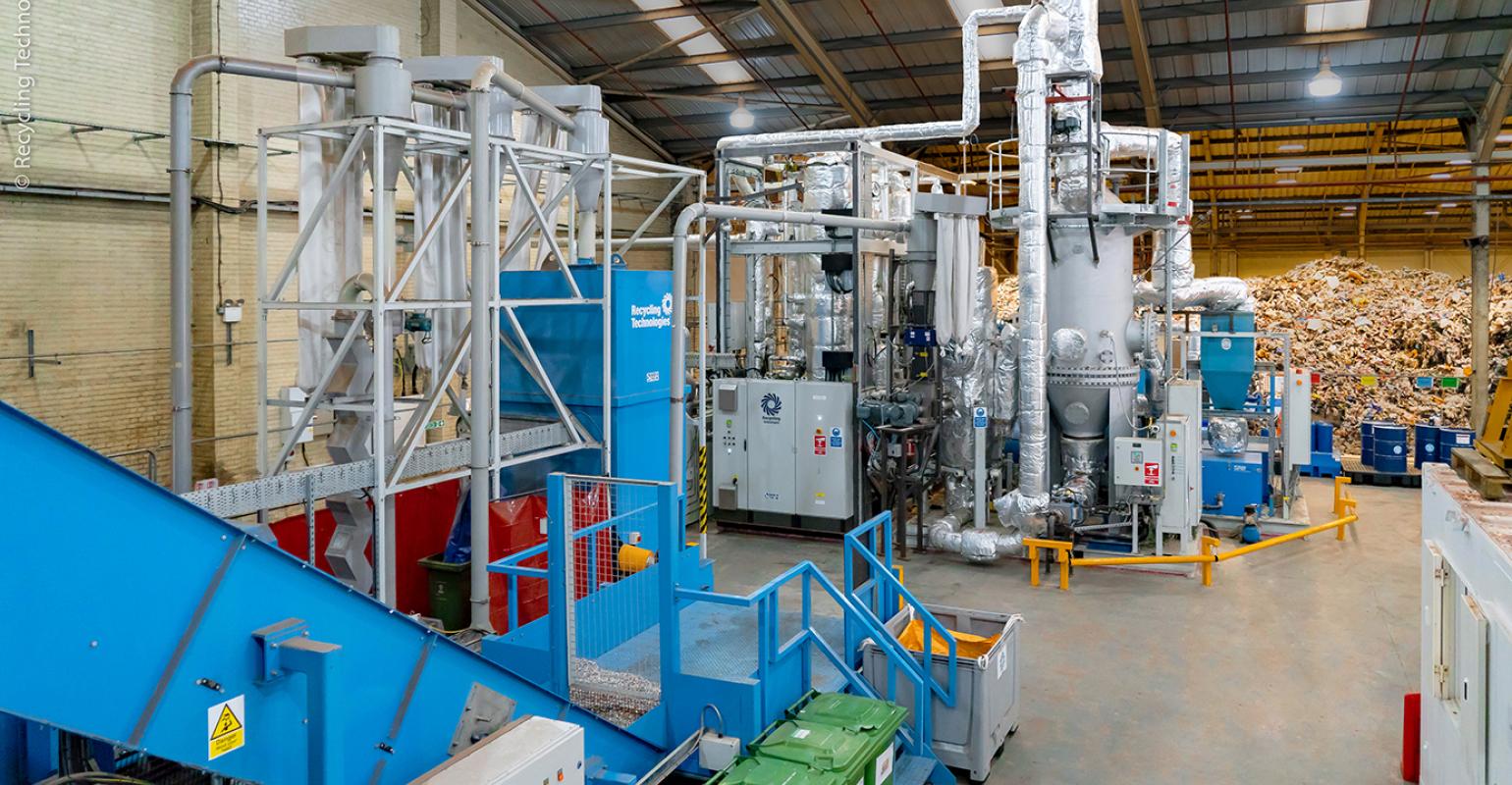 A core technology of the aPRF is Recycling Technologies’ feedstock recycling machine, which is capable of recycling previously unrecyclable plastics.

Recycling Technologies, specialists in feedstock recycling of residual plastic waste, has partnered with Swindon Borough Council (SBC) and power and waste management specialists Public Power Solutions to assess the feasibility of delivering a “first in England” advanced recycling facility for virtually all plastics.

The Swindon-based advanced Plastic Recycling Facility, known as aPRF, would be the first plant of its kind in England and is driven by SBC, which processes its own waste streams.

SBC has been assessing plastic recycling in the region, and engagement work around a wider waste strategy with Swindon residents revealed the importance of recycling collection services. As part of SBC’s 10-year waste strategy, the council is now reviewing its current plastics recycling infrastructure, which was inspired by the recent publication of “Project Lodestar,” a case study that shows the potential for waste site operators to recycle all plastics by combining state-of-the-art mechanical and feedstock recycling—the latter supplied by Recycling Technologies—in an aPRF.

“Working for our shareholder Swindon Borough Council and having seen the results of the Project Lodestar, we are committed to having a Lodestar-inspired facility in Swindon by 2020 in order to make Swindon the leading council in England for plastic recycling,” said Bernie Brannan, managing director for Public Power Solutions, in a statement. 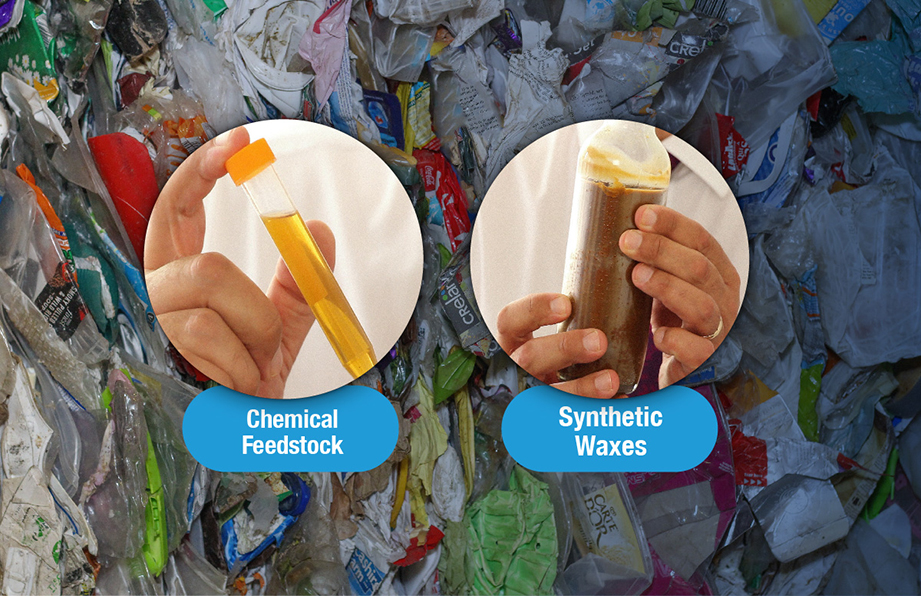 Adrian Griffiths, CEO at Recycling Technologies, explains that the aPRF concept has been studied in depth by the Ellen MacArthur Foundation's (EMF) New Plastic Economy group from both environmental and economic viewpoints.

“The study utilized real operational data provided under the confidentiality rules of the foundation,” he explains. “The intent is to handle all types of plastic from all sources at one facility, locally, increasing recycling rates from current levels below 40 percent to close to 90 percent. The proposed site is adjacent and complementary to the council's existing infrastructure and would utilize the same transport means.”

A core technology of the aPRF is Recycling Technologies’ RT7000 feedstock recycling machine, which is capable of recycling previously unrecyclable plastics, such as films, bottle caps and laminated plastics like crisp packets and colored plastic pots and trays.

Recycling Technologies developed and patented the machine to convert plastic waste back into oil, called Plaxx, from which new plastics can be made. The machine heats up the plastic in the absence of oxygen to break down the waste plastic into Plaxx. Recycling Technologies already has a pilot plant, the Beta Plant, in Swindon that is processing mixed plastic waste and produces Plaxx. 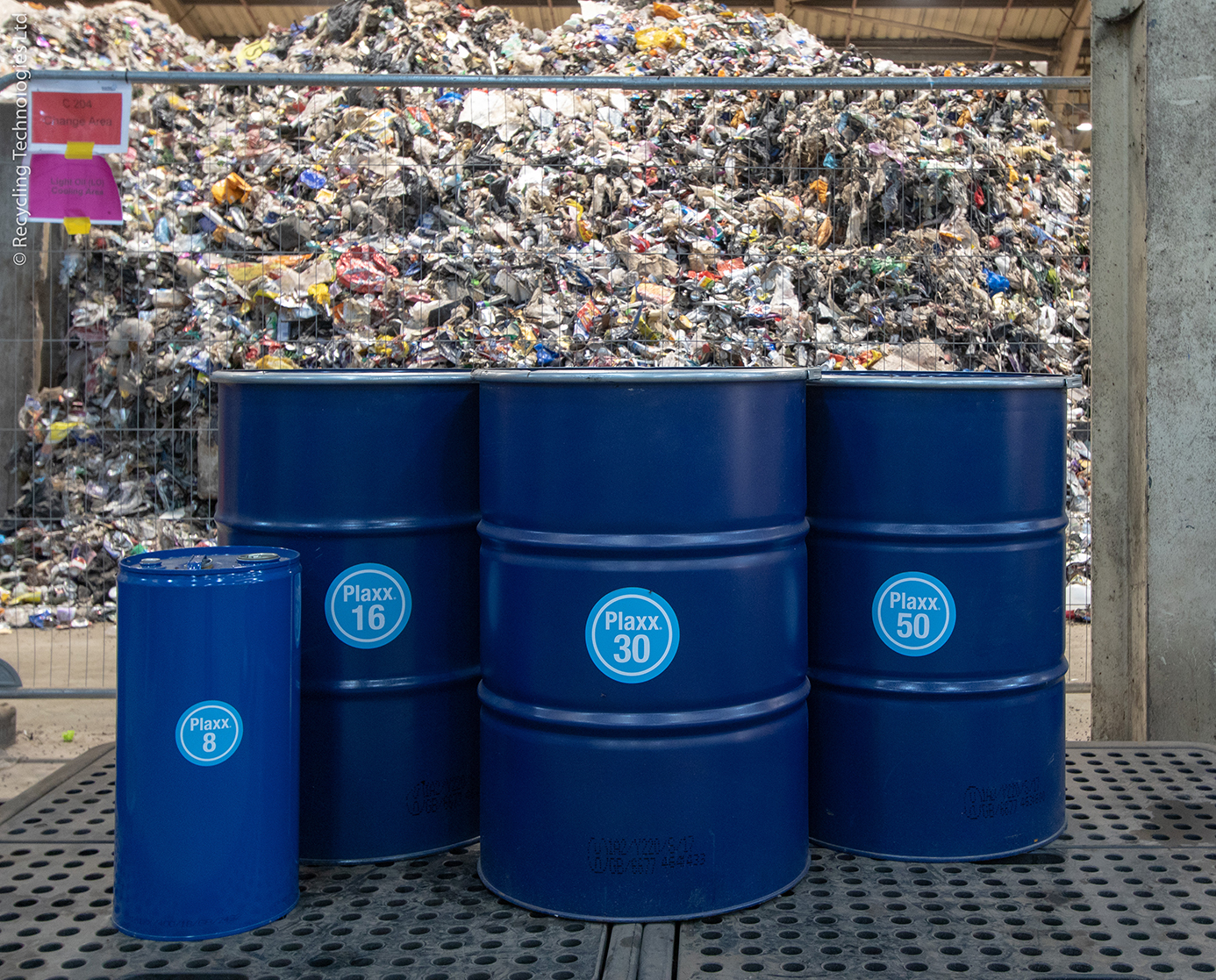 Both SBC and Public Power Solutions have expressed interest in Swindon becoming the first site for the RT7000 feedstock recycling machine in England and the second-only in the U.K. as a whole. The first RT7000 in the U.K. is planned to be built in Scotland in 2019.

“This means that Swindon residents and businesses can recycle all their plastics at the curbside, confident in the knowledge that the plastic will be genuinely recycled, locally, into valuable new products,” explains Griffiths. “Additionally, jobs and apprenticeships in the region will be created and maintained as the RT7000 is assembled at Recycling Technologies’ new headquarters and assembly facility at South Marston Park.”

SBC’s 10-year waste strategy sets out to minimize waste and increase recycling in order to meet obligations under European Union (EU) waste directives, including a 50 percent municipal waste recycling target by 2020 and then a 65 percent target by 2035. The EU directive also includes a more ambitious recycling target specifically for packaging.

“This makes the drive toward a circular economy and the need for recycling capacity more pressing,” Griffiths points out. “The aPRF will be central to smashing through these targets for plastics and will be a beacon for other councils looking to do the same up and down the country.”

There is increasing political pressure on the packaging industry to find a way to use more recycled material in their products, Griffiths adds. In the U.K., the government is consulting on a proposal to tax packaging that contains less than 30 percent recycled content. Also, more than 60 businesses, including major food, drink and non-food brands responsible for 80 percent of the packaging placed on grocery shelves, have made their commitment to the UK Plastics Pact to use only 100 percent recyclable, reusable or compostable plastic packaging by 2025.