California Clamps Down on Plastics Exports 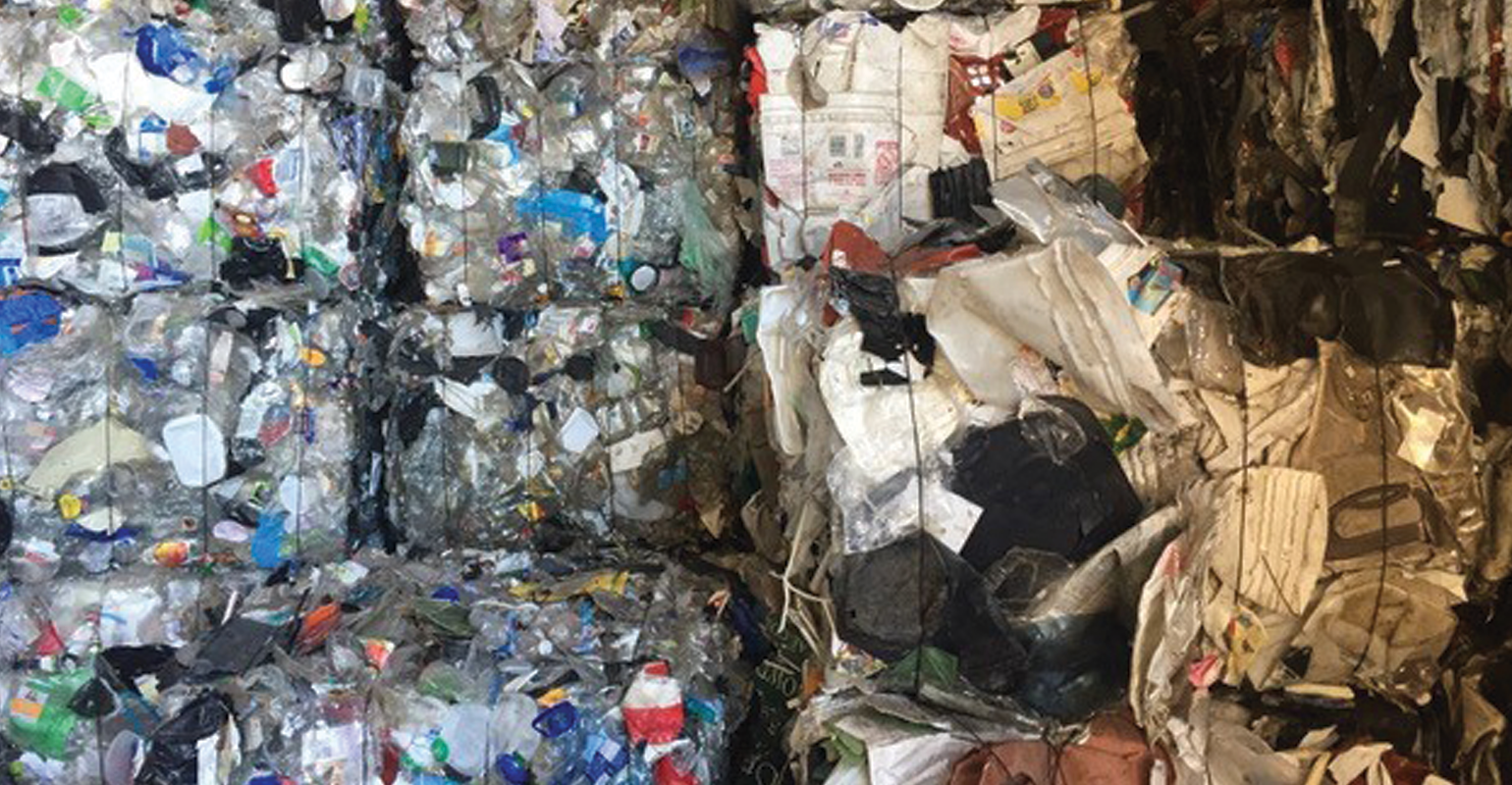 California is the top exporter of contaminated plastic in the nation, flooding poor countries who lack infrastructure to manage it, confer stakeholders vested in curbing plastic pollution. And the state could be headed for big trouble (not unlike other states, but even more so) as pressure intensifies for policy to end U.S. plastics exports. Yet some of California’s own are among those who are most forcefully pushing to crackdown on shipments leaving their ports.

Assemblymember Cristina Garcia (D-Bell Gardens) put out a resolution (AJR 4) to urge President Joe Biden to ratify the Basel Convention treaty within his first 100 days in office. The Basel Convention made it illegal for parties participating in the agreement to export mixed and contaminated plastics to developing countries as of Jan. 1, 2021.

AJR 4 follows another recent anti-plastic export policy proposal: AB-881, which would reclassify the export of mixed plastic waste as disposal and require transparency around where recyclables are sent. Introduced by California State Assemblywoman Lorena Gonzalez (D-San Diego), the bill is based on recommendations that came from California’s Commission on Recycling Markets and Curbside Recycling. To count as recycled, plastic waste exports would have to be a “readily recyclable” type or mixture (polyethylene, polypropylene, and polyethylene terephthalate).

These recent pushes are largely California’s response to the fact that the U.S. has not ratified the Basel Agreement—one of only a few developed countries to not do so.

“While some have made this move voluntarily, with passage, specifically of SB-881, no waste company would be at a disadvantage for following international law. We want to have a level playing field and say these plastics should not be considered recyclable for anybody,” says Nick Lapis, director of Advocacy, Californians Against Waste. Lapis is among the 17 Recycling Markets and Curbside Recycling Commission members who unanimously supported the recommendation around recycling credits, as well as the recommendation for transparency.

These actions would not only end the pileup of #3-7 plastics infiltrating Southeast Asia but would address another disruption, he surmises. He refers to a problem tied to the public perception of recycling.

“I think people are losing faith in the system. They routinely read about it being bogus, and if they think that plastic and other materials are getting dumped in the ocean or burned overseas, they won’t want to pay for recycling. And they may not be careful about separating. We need to be able to tell people with a straight face that we are not contributing to the problem,” Lapis says.

Stricter mandates and transparency will also light a spark under manufacturers to design for recyclability, he surmises. Now few of them are driven, he says, “because most cities, at least in California, take all plastics in their recycle bins. And the misleading message to consumers is that all plastics are recyclable.

“I think being honest about not having markets for many of these materials will motivate them to choose more recyclable containers and products,” Lapis says.

Results may take a while, and there may never be a perfect solution, but Heidi Sanborn, executive director, National Stewardship Action Council who worked on AJR 4, says, “We know we might landfill some plastic because there are not enough markets. But we think it’s less dangerous than exporting to countries that don’t have capacity to manage our waste. And it’s an environmental injustice to send it to them.

“But we are willing to admit the truth and deal with our own stuff even if in the short term we are recycling less. We are admitting there is a serious problem where we export, do not audit where it is going, and then credit it as recycling when data from the Basel Convention shows it has not been recycled.”

California nonprofit Ecology Center started the first U.S. curbside recycling program in 1973. Martin Bourque, executive director of Ecology Center and co-founder of the Alliance of Mission Based Recyclers, reflects on landmarks since, giving his take on the rise and cause of plastic pollution in his state. He begins with the 1990’s when California’s recycling programs were becoming widespread.  At the same time, the bottle industry was scaling up and wanted to move away from glass, which was expensive to transport.

“California’s refillable glass deposit program was dismantled and there was a move to disposable plastics, with the idea to ship them for recycling.  That, from my perspective, was the beginning of the plastic problem,” Bourque says.

A decade later, single-stream recycling came along, with multiple materials placed in one bin to be sorted later, including growing plastic content. But bales left the materials recovery facilities contaminated, and paper mills rejected them, so the U.S. started exporting mixed materials.

“The lions share was West Coast recyclables, and importers paid top dollar. That’s how we ended up with the collect, sort, export model in our region.

“It was all about moving material. No one really cared what happened after it was exported. In the past 30 years we have seen massive migration to plastic packaging, with California cities adopting collect-all-plastics programs at a higher rate than the rest of the country and becoming the major exporter,” Bourque says.

Ecology Center started taking all of Berkeley’s plastics in 2013, once the recycler identified a facility in China that it confirmed through colleagues there had wastewater controls, air filtration systems, and other standards in place. But that outlet dried up a year later when China imposed restrictions on imports.

Once Ecology Center’s Asian market came apart, Berkeley’s materials were sold to a broker in Oakland who in turn sold to a Hong Kong broker.

“We had no idea where it was going from there and started using GPS trackers to find out. Our greatest fears were confirmed. It was going to Malaysia and rural China. They were discharging wastewater from the recycling process into local streams. They were burning and dumping plastics in agriculture fields where there were no labor protection policies,” Bourque says.

Even when some plastics were recovered, toxic chemicals were released from the pelletizing process, which involves melting. Bourque learned there were people working in tight quarters with no ventilation.

“Our colleagues in China went to a facility to inspect, and one inspector said that within ten minutes she had a pounding headache from chemicals. So, imagine working in that every day. That’s when we stopped exporting mixed plastics because, for now, we have no effective way to ensure exports are being handled in an environmentally responsible manner. We need more transparency, traceability, and certification, and Basel would give us that,” he attests.

Meanwhile Ecology Center has tried to tap into domestic markets, turning for a while to a secondary processing facility that Bourque says recycled half the #3-7 plastics he sent and landfilled the rest. The operation recently closed as the model was not working. Bourque is looking for other domestic markets but says he will likely need to stop collecting plastics #3-7.

He confers with Sanborn that these mixed plastics should go to landfill.

“At least we know where it is—a contained, managed disposal site in the U.S. as opposed to getting exported to developing countries where it is dumped, burned, and creating ocean pollution.”

Assemblymember Cristina Garcia said in a statement that ratifying the Basel Agreement will show that the United States takes responsibility for its role in what she calls a “crisis” and will demonstrate “that we are willing to work toward solutions.”

Over a dozen California officials, other public, and a few private sector entities have spoken up, with a few being Environment California, Ashley Blacow-Draeger, the California Product Stewardship Council, The Resource Recovery Coalition of California, and TOMRA Systems ASA.

Assemblywoman Ganzalez has made her voice heard too. “Single-use plastics do not decompose, and simply dumping this waste onto other countries is not getting it recycled … It’s time to be honest with ourselves about where our trash goes, how it’s being disposed, and whether or not it’s actually recyclable.”