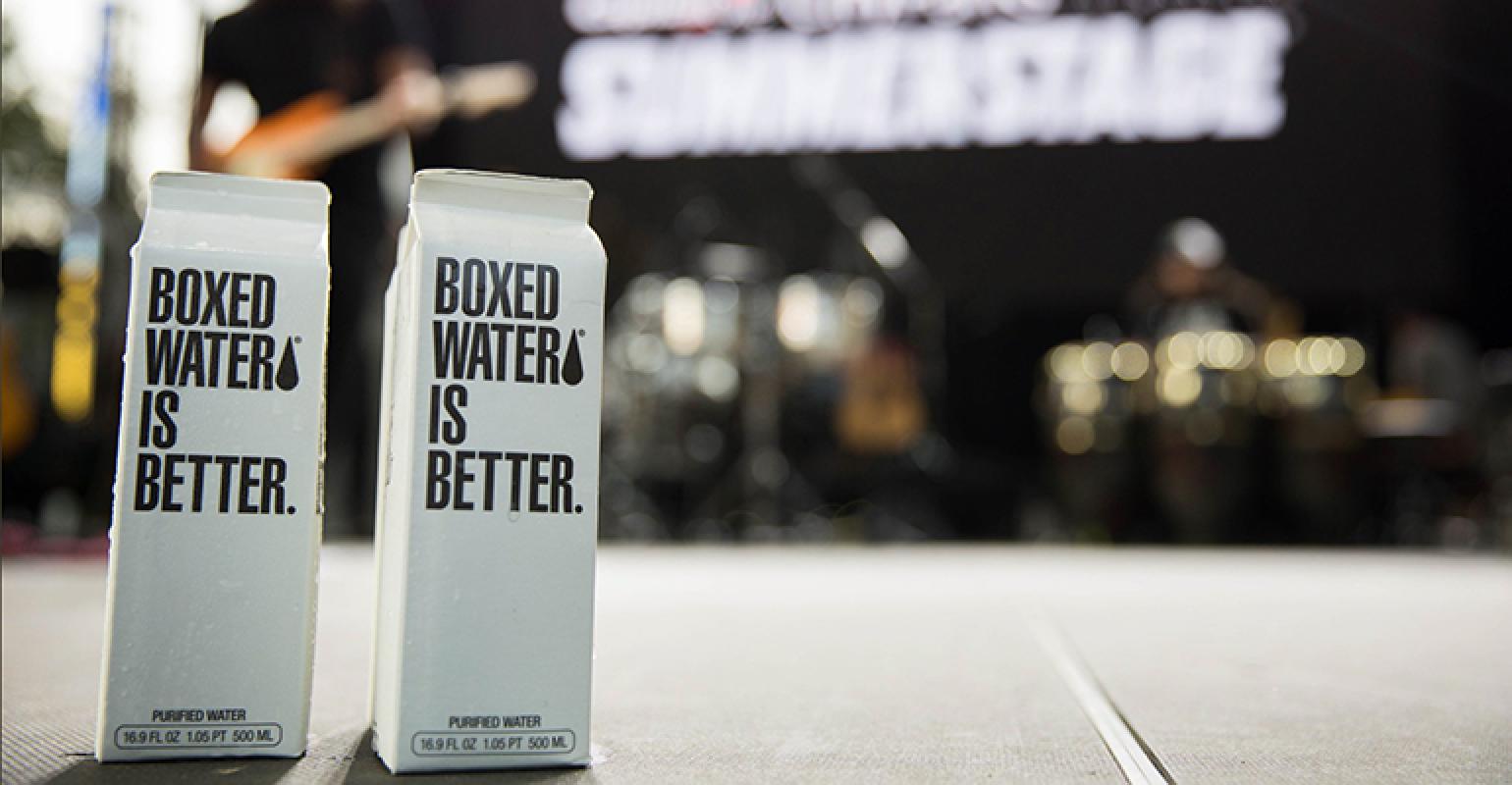 An NYC restaurant is reducing waste by adding compostable options along with Boxed Water Is Better.

Boxed Water Is Better, a company that provides an alternative to plastic bottles by producing pure water in 100 percent recyclable and paper-based cartons, recently announced a new contract with New York-based Creamline.

Creamline, a multiunit restaurant concept offering American classics with a focus on local ingredients and sustainability, has been committed to working with eco-friendly vendors since its opening in New York City’s Chelsea Market in 2015. Since then, it has opened a second restaurant on Seventh Avenue in Chelsea and is currently eyeing expansion. Creamline said it is committed to changing its waste stream and is now adding the final piece of the puzzle by removing plastic water bottles.

"Sustainability is one of our core principles at Creamline. It's an important consideration when we decide which farmers supply our ingredients, what food we cook and how we package our food to guests. That's why we are proud to work with local farms and purveyors like Ronnybrook Farm Dairy, Rosenkrans Beef Farm, Catskills Provisions and Maine Root Soda that all practice sustainability. We are excited to add Boxed Water Is Better to this list," said Harris Mayer-Selinger, managing partner at Creamline, in a statement. "We feed a lot of people at Chelsea Market and have always been conscious of the waste that our business generates. That's why we have used fully compostable packaging from day one and made every effort to recycle the single-use plastic from the bottled water we served. Now, thanks to our partnership with Boxed Water, we are able to expand our sustainability efforts by preventing 24,000 plastic bottles from being discarded in our restaurant each year."

Boxed Water is entering its 10th year in operation. Through it's Better for Our Planet campaign, Boxed Water said it has planted more than 790,000 trees in America's National Forests in partnership with the National Forest Foundation (NFF). Boxed Water consumers who post a picture of their water carton on Instagram or Twitter, along with the #BetterPlanet hashtag, prompts NFF to plant two new trees as part of the partnership.

"You don't even have to buy our water to initiate the NFF response," said Rob Koenen, chief marketing officer of Boxed Water Is Better, in a statement. "Early on, we considered requiring a purchase but felt it was more important to get the trees planted. The Better for our Planet campaign allows people everywhere to participate, and at this point, we are evaluating other crowdsourcing tactics to help the planet."

In 2018, Boxed Water started organizing beach cleanups with a goal to clean 3,000 miles of beachfront in the United States. In 2019, the company is asking consumers to Ditch the Plastic, a campaign intended to raise awareness of the plastic pollution problem by asking consumers to give up plastic bottles for 30 days. The partnership with Creamline is an example of a business taking on the challenge.

"After cleaning beaches, we realized the actual scope of the plastic problem," added Koenen. "Cleaning beaches is a great start, but people around the world need to stop buying plastic altogether, because we couldn't keep up. Our goal with this campaign is to remove a minimum of one million bottles from the world this summer."

The transition at Creamline from plastic bottled water to Boxed Water began July 30, but Creamline also incorporated compostable cups and packaging, eliminated plastic straws and more in its restaurants.

"The public is becoming more and more aware of the effects of plastic use, and we're excited to be a part of the movement to reduce plastic waste. The feedback from our guests who now see Boxed Water instead of plastic bottles has been very positive; it sends the message that we care about the environmental footprint of our business," said Nick Contess, director of marketing for Creamline, in a statement.