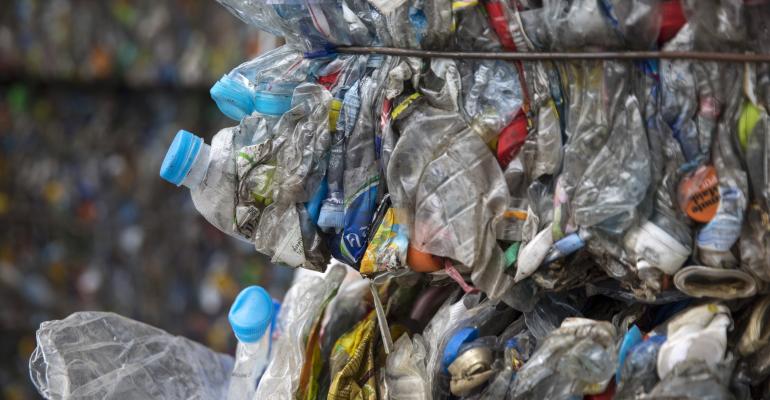 PRo Kansas Recycling, a nonprofit organization, has at least 70,000 pounds of recyclables sitting around with nowhere to go.

States across the country have been struggling with how to handle their recycled plastics since China launched its ban on certain recycled commodities. And Kansas is no different.

PRo Kansas Recycling, a nonprofit organization, has at least 70,000 pounds of recyclables sitting around with nowhere to go. Other nationwide and local recycling companies are dealing with the same problems.

The issue impacts certain kinds of plastics—the ones with the numbers 3-7 printed on them. Because they're made with different combinations of chemicals and materials, they're not as easily recyclable.

Changes in laws regarding pollution in China are having an impact on recycling in the United States, including Kansas.

This year a law went into effect in China restricting certain kinds of waste coming into the country as the government has implemented strict quality and contamination standards. That means tons of recycling that had been headed from the U.S and other countries to China, now has no where to go.

“I’ve got 70,000 pounds of recyclables here now,” said Mike Hasting of PRo Kansas Recycling, a non-profit organization. “I called another recycling place and asked if they could take a truck load, and they said they had 50 of their own truck loads sitting in the lot.”