PFAS Carbon Chain Length – It is Just a Number or is It? 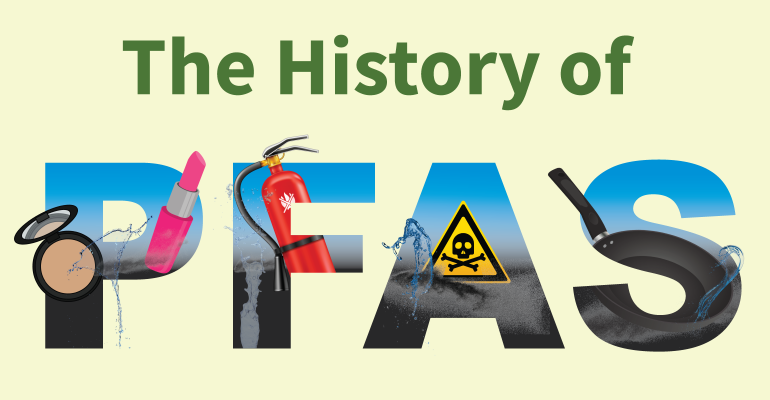 The C-F bond strength may be the primary property that affects the complex nature of PFAS, but it is not the only property that affects how these compounds might behave in the environment, our bodies, and even during treatment. In chemistry, the number of elements in a compound dictates how its named but it can also be used to predict its fate and transport.

Depending on the number of carbons and the length of the carbon chain, or “backbone,” chemists can assign a name to a compound. This carbon backbone also dictates the primary structure and how the molecule interacts with other compounds. Similar to our backbones, the continuous chain of carbon atoms are analogous to vertebrae and the electrons that form the chemical bonds and hold the molecule together are like the connective tissue that holds our spine together. Shown below is the perfluorooctanoic acid (PFOA) chemical structure that highlights the carbon-backbone, which consists of 8 carbons in length. This is why PFOA and other per- and poly-fluoroalkyl substances with 8 carbons are referred to as “C8 compounds.”

PFAS can vary in length between 4 and 12 molecules. “Long-chain” PFAS compounds are typically defined based on having 6 or more carbons while “short chain” compounds usually consist of 7 carbons or less depending on the chemical make-up. There is an overlap between 6-8 carbons to differentiate between long- and short-chain PFAS compounds depending on the overall composition. Below is a summary of the relative chain-lengths for short- and long-chained PFAS categories based on the presence of carboxylic and sulfonic acids. Legacy compounds many are familiar with, PFOA and perfluorooctanesulfonic acid (PFOS), have 8 carbons and would fit under the long-chain category.

Why is the length of the carbon chain important? As described in the previous article titled “The Science of PFAS: Finding Strength in the Single Bond,” the C-F bond strength is the primary reason PFAS destruction/removal is challenging and why we call these compounds the “forever chemicals.” If you go beyond the C-F bond, the carbon chain length can also strongly affect the fate, transport, toxicity, and reactivity in the environment and even how these compounds will behave in our bodies. Scientists have been able to use this information to observe some general trends about the behavior of short- and long-chained PFAS compounds.

The solubility of PFAS goes down as carbon-chain length increases. This attribute means that shorter compounds more likely to dissolve in water and will be more mobile in the environment. Longer-chain compounds have been shown to attach better to soils and have a preference towards organic carbon; meaning that longer-chain PFAS can be transported by particulate matter, but can also accumulate in soil. This behavior leads to these compounds migrating slowly on shallow surfaces. This trend is responsible for why longer compounds are found in soils and in groundwater, leaving shorter compounds to be primarily found in surface waters (illustrated below). These same longer-chain compounds will also move slower in the environment due to the preference to stick to the soil. In terms of bioaccumulation in living matter, these same long-chain compounds were primarily found in plant roots, while the shorter compounds are more likely to migrate from the roots to the shoots in plants.

The potential for PFAS to move from liquid to gas phase, also referred to as volatility, has been shown to also be related to chain length. Shorter compounds are more likely move into the gas phase and therefore become airborne. This behavior contributes to why scientists are detecting PFAS in pristine environments without direct exposure from human activities.

The carbon-fluorine bond strength has affected treatment options and research has shown that filtration and adsorption options are the most effective to date. The number of carbons associated with PFAS also affects the effectiveness of these same treatment options based on the specific compound. Filtration remains an effective option regardless of chain length. Granular activated carbon has been shown to be impacted by the number of carbons. Longer-chain compounds are preferentially removed versus shorter chain PFAS compounds.

Studies have shown that the longer-chain compounds are more toxic relative to their shorter-chain counterparts, a factor which may in part be attributed to longer average residence times in the living organisms, including humans (i.e. half-life). Increased neurotoxicity has specifically been reported in zebrafish with an increase in chain length. PFOS has also been shown to exhibit a greater tendency to bioaccumulate due to its longer chain length and longer half-life. These observations are just one of the primary motivations for the short-chain PFAS replacements starting to be used in products since the phaseout of PFOA and PFOS.

Although early scientific evidence suggests these shorter-chain compounds are less likely to bioaccumulate and may not be as toxic, more research is needed. Further, the short chain PFAS may result in additional treatment challenges due to the shorter-chain length. These same compounds are also more mobile as they are less likely to adhere to soil and can be more volatile, which means their dispersion across the environment water, air and soil may be greater.