Communities detail the challenges and opportunities associated with moving to a pay-as-you-throw waste collection model.

Variable rate waste collection pricing, or “pay-as-you-throw” (PAYT), makes customers largely responsible for their own sanitation bill, depending on how much they throw out. Proponents argue that it shifts the ultimate waste versus recycling decision from legislative chambers and boardrooms to kitchens and the curbside. But others caution that customers and politicians may be spooked by the risk of cost shifts and the general behavioral change required, and that some will circumvent the system illegally. 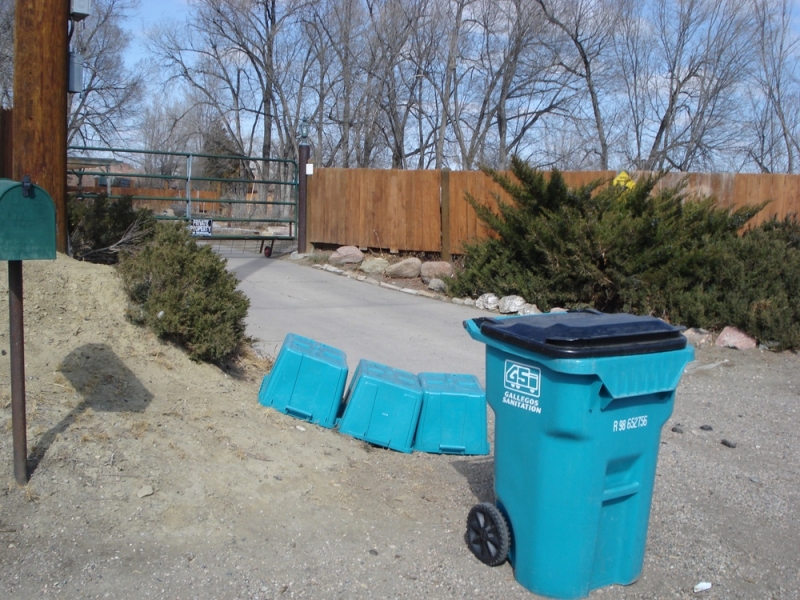 “It’s a fair system,” says David Junger, assistant city manager for the Public Works Department in Decatur, Ga., which has operated a PAYT system since 1998. “People who are really into recycling, they get the benefit. It will cost you a little more if you don’t have the inclination.”

Little recent data on PAYT is available. But in 2006 the U.S. Environmental Protection Agency (EPA) and Skumatz Economic Research Associates (SERA) compiled a study on PAYT. It reported that there were more than 7,000 such variable rate programs in the United States, including 30 of the 100 largest cities. It determined that the overall diversion rate in PAYT communities was 28.7 percent, compared with 21.4 percent in non-PAYT jurisdictions.

The number of programs has been increasing lately, due perhaps in part to the improving economy, says Lisa Skumatz, founder and principal of the Superior, Colo.-based SERA. While it may not be growing as fast as single-stream recycling, that related innovation is nonetheless aiding PAYT, given that haulers have more flexibility over what they can do with automated pickup.

PAYT advocates tick off the system’s advantages, which often begin with the fairness issue. “It doesn’t take away your choice – you still can chose any service level,” Skumatz says.  “Other options generally don’t do that.” She adds that it encourages waste minimization on multiple levels – recycling, composting and waste reduction. It creates jobs, is self-funding and reduces truck traffic. Skumatz estimates customer collection bills could go from $18 to $20 a month prior to implementation of PAYT to $9 to $12 a month after. And it can be a low investment for municipalities. “It is the cheapest thing you can do to increase recycling,” she says.

The Many Faces of Pay-As-You-Throw

Loveland, Colo., a city of about 65,000, initiated PAYT in 1992. Mike Mercer, manager of the Streets, Stormwater and Solid Waste Divisions for the Loveland Public Works Department, helped roll out the program and continues to oversee it. “Our goal was to implement a recycling program, and to be effective we wanted to incentivize it,” he says. “And the best way to do that is what I call ‘pocketbook economics,’ to get them to voluntarily do what you want them to do.” 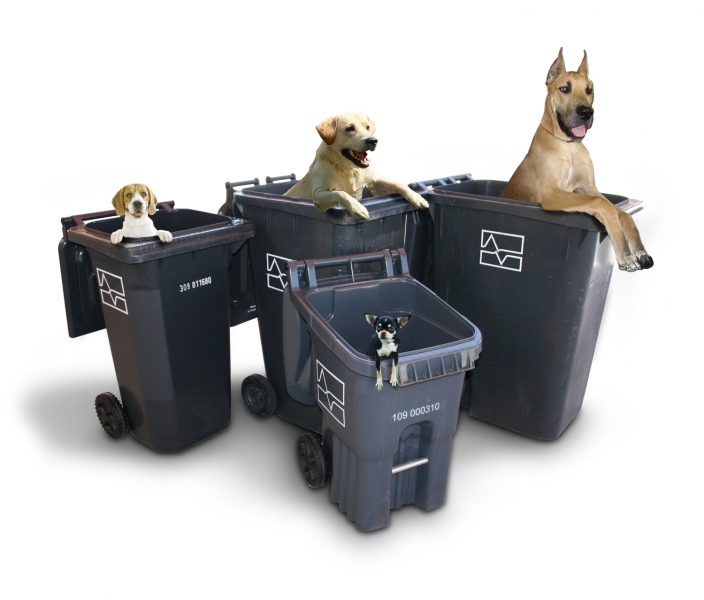 There are three main types of PAYT collection methods: Carts, bags with identifying stickers/tags, or a hybrid of the two. The cart method is becoming the predominant method, Skumatz says, which is tied to the increased popularity of automation. Loveland has gone through several methods. The program started with bags, supplied by the city. It evolved into customers providing their own bags and using stamps to identify the bags. Eventually, the city wanted to move to automated collection, so it instituted a cart system with four sizes to choose from: 17, 30, 60 and 90 gallons. Loveland also offers three sizes of recycling carts.

Before PAYT was instituted, Loveland had no recycling or composting programs, and basically a zero-percent recycling rate. Since the first year of PAYT it has had more than 50-percent diversion. That was helped by the addition of a yard waste program instituted around the same time, Mercer says, which accounts for more than half of the total.

Residents bought in just as officials had hoped. “Whether they believe in it or not, whether they understood the benefits of it or not, they do understand that they want to save money,” Mercer says.

Decatur introduced curbside recycling in the late 1980s, but PAYT provided a jumpstart to the efforts of the town of 20,000 within sight of downtown Atlanta. The program calls for three bag sizes – eight, 16 and 32 gallons – with the bags available at retail stores and government sites, Junger says.

The city delivers the bags to the retailers, who then pay the city.  Businesses haven’t always been able to pay, and they get cut off. “It actually hurt their business,” because people look for the PAYT bags and then shop elsewhere when they can’t find them regularly, he says.

When the city started PAYT, the recycling rate was about 25 percent. Decatur is diverting about 35 percent now; 41 percent if commercial collection is included. The city has evolved from separated pickup to commingled to increase the type of items allowed in the recycling bin.

Junger says Decatur gets little pushback from residents on the program anymore. “People that have been here for a while get it.  Our community is environmentally conscious.” Part of that success comes from the city’s efforts; officials evaluate and sometimes adjust bag prices every year. “It’s just about managing that enterprise smartly,” he says.

Unlike Loveland, which operates its own waste and recycling services, Fort Collins, Colo., contracts out its collection to private haulers.  The guidelines are outlined in ordinances, which are tweaked every few years, says Susie Gordon, senior environmental planner for the city’s Natural Resources Department. Fort Collins has a population of about 140,000.

For Fort Collins the market driver was to meet the city’s 50-percent recycling goal; the city had 43-percent diversion in 2010. Before PAYT it was about 17 percent. The program is working, although the city’s law doesn’t require participation by commercial operations or large multifamily dwellings. “I don’t think it’s working for everybody but it’s working in right direction,” she says.

Greenhouse gas (GHG) reduction is a big issue in Fort Collins. PAYT has reduced the truck traffic in half, resulting in a 50-percent reduction in GHG. “That’s been a huge revelation,” Gordon says.

Hauling with a Calculator

For haulers, PAYT can provide some challenges. Western Disposal Services Inc. does the collection for Boulder, Colo. The structure there calls for residents to pay 80-percent more for their second cart. “The challenge is a little math,” says Western Disposal President Gary Horton. “If they err, they can collect too little or too much.”

Horton says before PAYT only a small number of Western Disposal’s 42,000 customers were using just one can. After PAYT it went to 60 percent. “There was this big migration from lots of trash service to little trash service, “ he says. And that is a powerful incentive for recycling. Horton says his customers now tell him, “I can’t believe how little trash I have.”

But at first PAYT customers may see only that they’ve contracted for a large amount of trash to be removed. “It may be double what they paid,” Horton says. “They don’t understand they have to scale down.” He adds that helping customers with this transition is an opportunity for the hauler. “This is where individual companies can really shine.”

That issue of misleading cost appearances is one of the common challenges of implementing a PAYT program. “We knew we had to convince a fairly reluctant population how it was going to go, what the costs were going to be,” Mercer says. “We had to explain, explain, explain. People feared they’d go broke.” 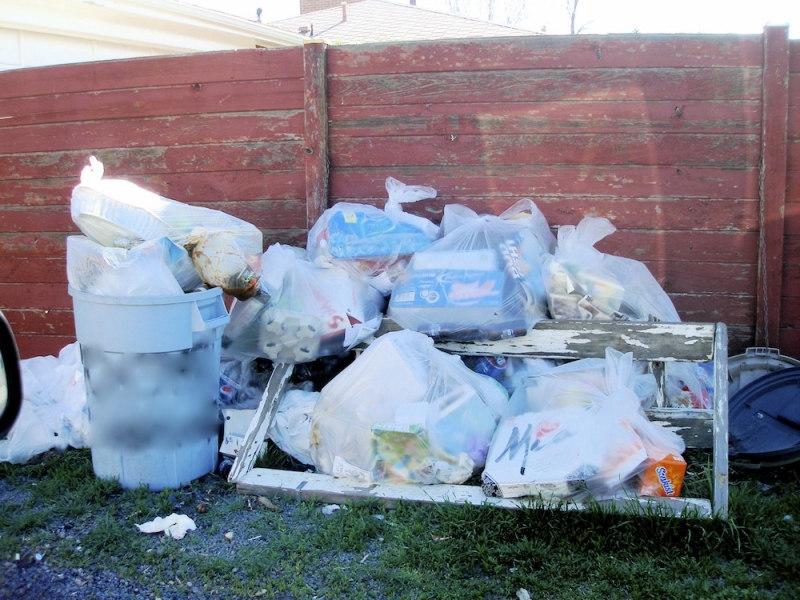 The cost can be a challenge for a municipality as well if it’s a cart-based program, which requires more upfront costs.

The Solid Waste Management Association of North America (SWANA) doesn’t have a policy on PAYT. Communities have been able to increase their recycling rates with PAYT, but how the costs are presented is a concern, says Lori Scozzafava, deputy executive director of the Silver Spring, Md.-based association. If PAYT is done only on the trash part, that cost is inflated to pay for recycling. “It perhaps sends a false impression that curbside recyclable collection is free. Then it relies on an unsustainable funding approach.”

Mercer says a pilot program was very important for Loveland in the education process. “We were able to win people over who were against it at first,” he says. “They became our strongest proponents.” It also allowed the city to internally tweak the program.

Skumatz talks about making sure you have the political will to implement a program, as that is a recurrent stumbling block. The city of Denver is considering a PAYT program; Skumatz said they’ve been considering it for some time, and she personally has talked to officials there a half dozen times. “Any change in your trash system is something that makes people uncomfortable.”

The fear of illegal dumping is often mentioned as a potential drawback to PAYT, although all those interviewed said that fear is more imagined that real. Junger says people still occasionally put the household garbage in the wrong place. And his workers have gone Dumpster diving to retrieve waste mislabeled as recycling. “When we do that, word gets out,” he says.

There is plenty of new territory for PAYT to plow. “We really push for commercial PAYT in a number of communities,” Skumatz says. “It involves a lot of tonnage. After a certain point there’s only so much of residential sector.”

She also is pushing for a different marketing approach: Changing the name. “PAYT seems to be a name causing consternation.” Her new choice: Recycle and Save. “Any little barriers to get away from is a good thing.”

PAYT is not a one-size-fits-all type of program. “Every community is different,” Mercer says. “You can’t drop in what works one place somewhere else.

If you have a neighboring community that has done something, that’s good to look at.”

Scozzafava hopes more research is done on the concept to give people more information to make a decision. Establishing best practices examples will help diminish the chances of giving false impressions about costs. “There’s lots of ways to incentivize recycling, and PAYT is one of them.”

Ultimately, PAYT is about changing people’s waste management behavior. Gordon believes Fort Collins’ program has prompted residents to think more carefully about what they bring into the house.

Says Horton:  “I think PAYT is where world’s going to end up at.”