Why Paper Is Easier to Recycle Than Plastic 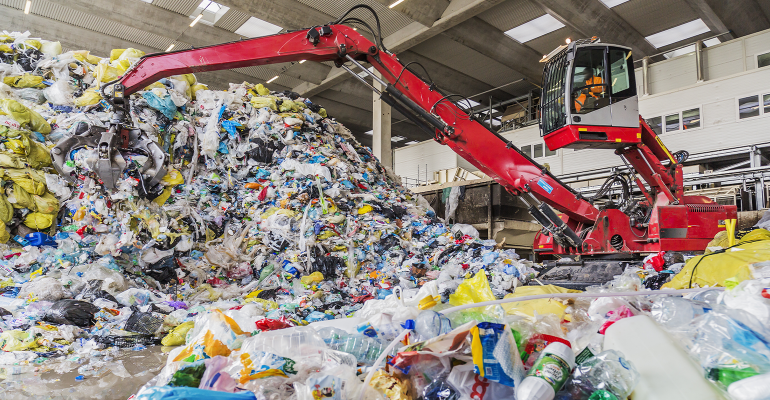 At a recent Congressional hearing, two Senators lamented the gap between paper and plastic recycling. After all, the US EPA says paper has a 68 percent recycling rate compared to nine percent for plastics. They wanted to know why.

The answer is fairly simple. Paper and plastics are used to make very different products which are generated for recycling or disposal very differently. Recyclable paper products are also easier to identify and sort.

Let’s start with the different uses of paper and plastic products. Paper is used primarily to make packaging while plastics are made for a far more diverse spectrum of uses. Based on EPA’s data, 62 percent of the paper produced in 2018 was used for packaging, primarily corrugated boxes. They are easily and highly recycled.

Paper is also used to make printing paper such as newspaper and office paper (24 percent). Printed paper has a good recycling rate. Tissue paper, including toilet paper, along with paper towels, plates and cups and other products make up the other 14 percent. All of those are rarely recycled.

In comparison, only 41 percent of plastics are used for packaging. Plastic is also used to make both “durable” items such as carpets, furniture and appliances that are intended to last for years (38 percent) and “nondurable” items such as utensils and disposable diapers that are used quickly (21 percent). While some plastic packages are recycled, most durables and nondurables aren’t.

The second factor is who generates these products for recycling or disposal and their recycling value to those generators. Corrugated boxes are the biggest paper product in the recycling/waste stream by far. Even with the pandemic-driven increase in e-commerce and shipment of boxes directly to consumers, the big majority of those boxes are used to ship products to warehouses or directly to retail establishments. Fifty years ago, those businesses realized they could save money by baling and selling their used boxes instead of paying to have them hauled away for disposal. They’ve made a lot of money over the years supplying clean raw materials for the paper industry.

Plastic recycling suffers because the vast majority of plastic products end up at homes, not businesses. You and I don’t have the financial incentive to recycle plastics that those businesses have to recycle boxes. But to be fair, we also don’t have that incentive for recycling our printed paper and boxes.  As a result, we don’t do nearly as good a job recycling our plastic packages, e-commerce boxes and other paper.

Trying to figure out which plastic package to put in the recycling bin is much harder. More than eight resins are used to make packages. This difference is inevitable because of the different requirements needed to protect the wide array of food and non-food products packaged in plastic. EPA’s data shows which resins have the higher recycling rates. Alas, the “one plastic for every product” package hasn’t been invented.

Fortunately, recyclable plastic bottles are easier to identify than non-recyclable film bags. Most of us should be able to make that distinction, although a quick look at your neighborhood recycling bins shows we don’t do as good as we should. Further complicating matters, some individual resins can trip over each other, depending on how they are used to make packages. PET recycling is easy for bottles, which are blow molded, but harder for clamshells, which are not.

The good news is that the sorting technology at processing facilities is improving almost exponentially. Optical sorters, artificial intelligence and robotic arms are more skilled than you or I. But our failures to put the right recyclables in the bin only make their job harder. Unfortunately, the bottom line for sorting is simple: we have to think more when it comes to recycling plastic.

Plastic clearly has one advantage. Its use has eliminated millions and millions of tons of heavier glass, metal, paper and even plastic packages. That is waste reduction at its best, but the industry gets no credit for its success. In contrast, paper boxes are much harder to lightweight because their job is to protect the products they are transporting, including all those plastic packages nestled safely inside.

Different recycling rates for paper and plastic is not a good versus bad debate. It is a reality of the different uses and users of those packages. As those Senators debate policies to improve recycling they need to understand these differences. Failure to understand and account for them will only lead to failed policies.