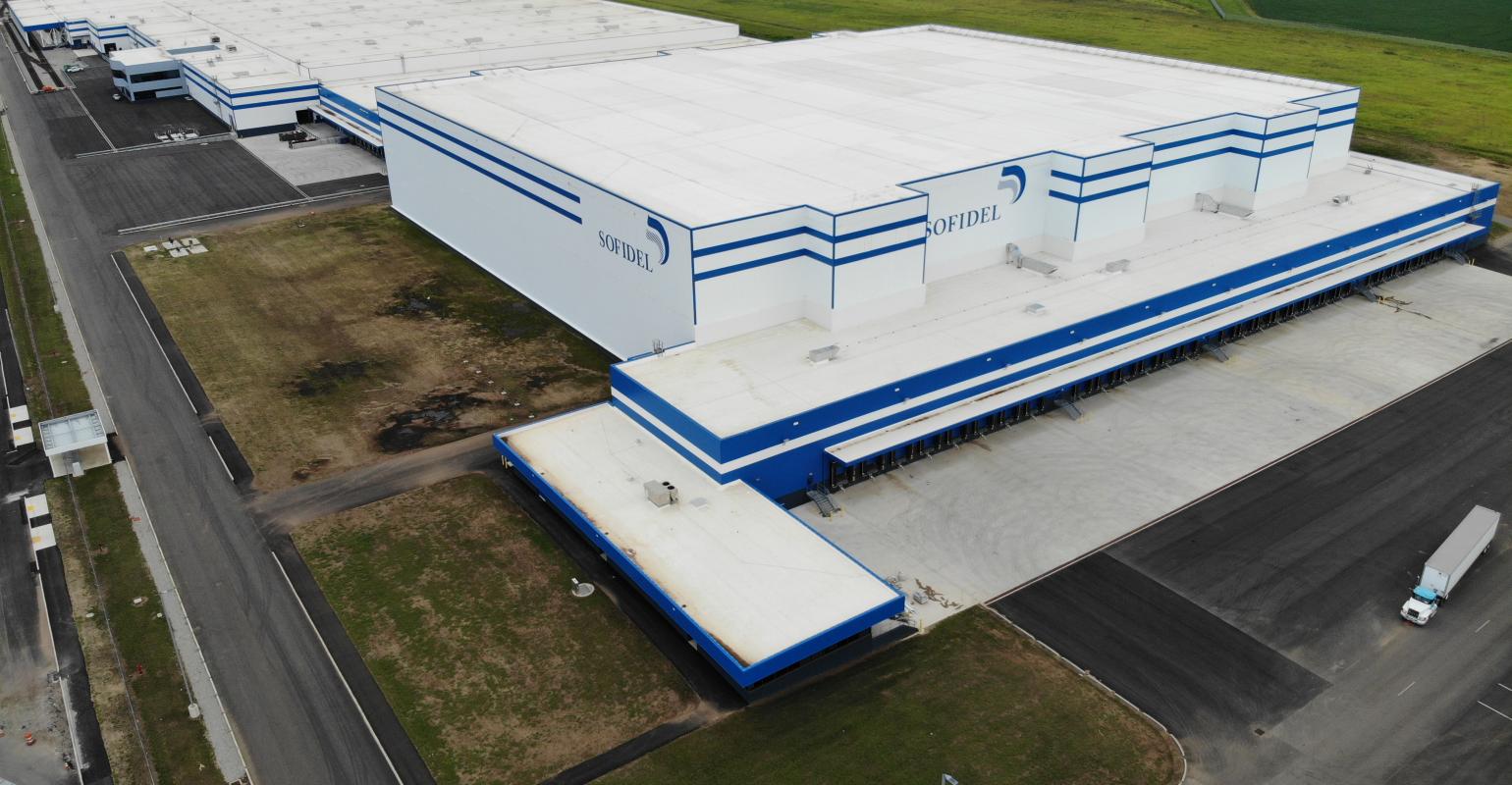 Italian paper company Sofidel has built a tissue paper-making plant in Circleville, Ohio. With multiple green features, and a focus on recycling remnants from its process, this plant will be the company’s sixth U.S. project and its first greenfield project here.

By far, most of the product is made from virgin pulp. But the new plant, which supplies toilet paper, paper towels and napkins for several major brands, has kept 57 truckloads of what is known as broke end pieces from being transported since launching in February and has put this material back into product. As of the end of December, the plant is reusing 10 to 15 tons of broke end pieces per day, which equates to three-and-a-half truckloads per week, according to Simone Capuano, chief technical officer of Sofidel.

“Reusing broke end pieces helps us reduce hauling costs and tipping fees, as they do not have to be transported and managed as waste,” says Capuano. “It helps the environment to recycle the material onsite, as we are reducing gas and carbon emissions. It also reduces coordination efforts and guarantees the plant a steady source of recycling materials to reduce the amount of virgin feedstock needed to make the tissue paper.”

The new Circleville operation is an integrated facility, incorporating both the mill where pulp is transformed into paper and the converting plant that produces the finished product.

Virgin pulp is dissolved in tanks to produce paper. The remaining end pieces are worked in with the virgin material.

“It’s so clean that it’s almost virgin pulp. We can make product from 5 percent to 10 percent of recovered material, depending on feedstock,” says Capuano. 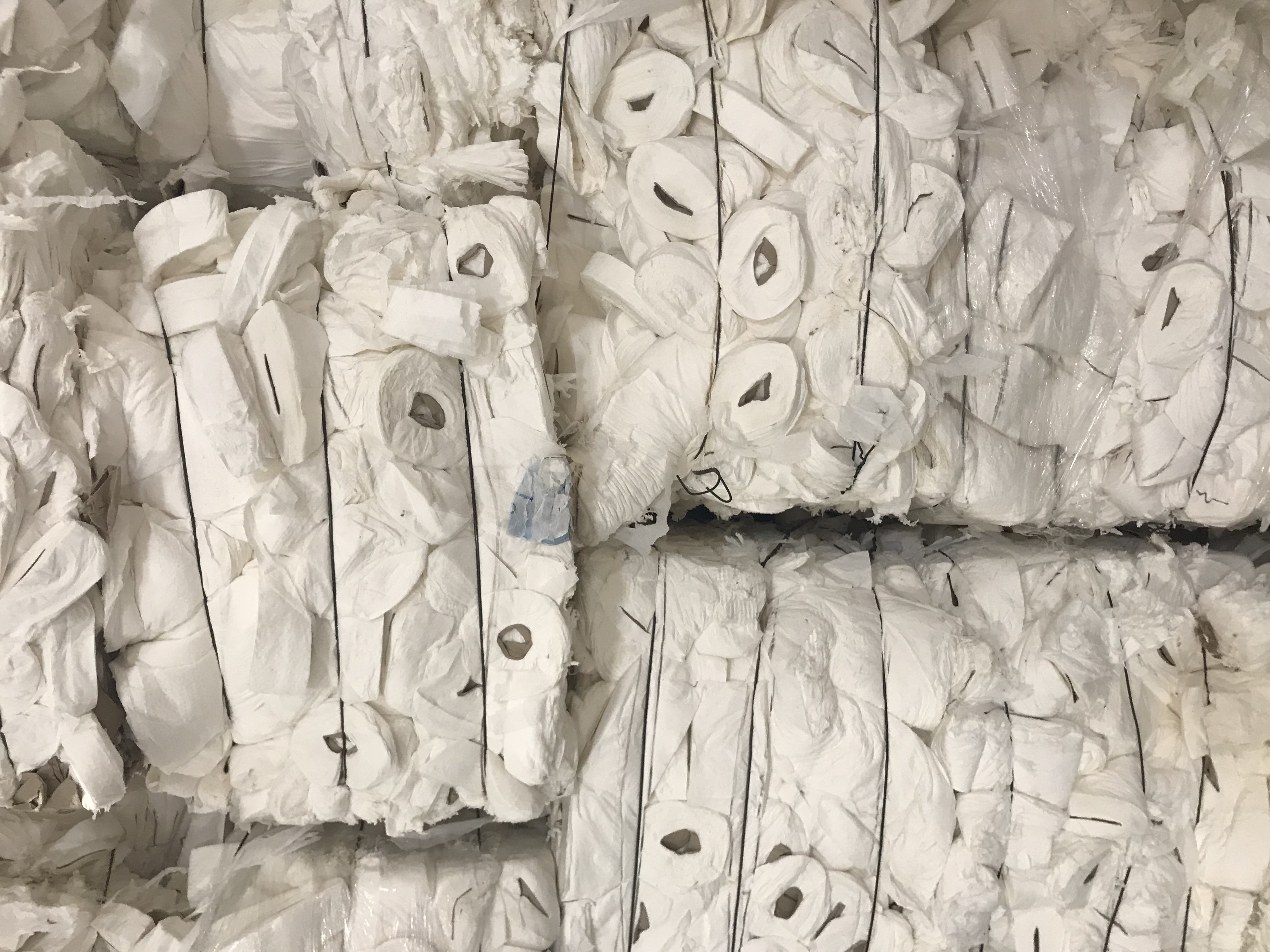 Industrywide, the highest quality tissue products are mainly produced using virgin pulp. But the high fiber content enables the remnant end pieces to be worked in to conserve energy while retaining quality in the end product.

“In Europe, the amount of recycled paper is huge, and market demand for waste paper increases yearly. So, we have another destination for this quality tissue, and we are doing the same here in the U.S.,” says Riccardo Balducci, corporate environmental manager for Sofidel Group. Sixty thousand square feet of warehouse space in Circleville is designated for the end pieces alone.

The company also prioritized sustainability in the overall building design. The operation has its own co-generation plant, with two turbines that create electricity and heat. A mechanical drying system removes water from the paper and dries it using the waste heat from the turbines.

Besides supplying most of the energy to dry the paper, under certain conditions, electricity generated by the turbines will power the paper mill machines.

The plant will use about 1.6 gallons of water for about 2.2 pounds of paper produced, which is considered very low water consumption compared to other installations, according to Balducci.

Water is recirculated, and fiber is recovered from each stream of water, which is treated before it’s discharged.

The sustainability-focused company was sensitive to Sofidel’s shared emphasis in this area, aware of its customer’s specific challenges to run a green operation, says Marcus Hellberg, Sodra sales director in Italy.

“For Sofidel, in the United States, we use a high-quality, premium Northern bleached softwood kraft pulp …  it is known for its strength. That helps when it comes to reusing the broke pieces during the production process,” says Hellberg.

Sofidel spent seven months looking at U.S. sites, with consideration to the possibility for expansion and the need to be near a logistics center. The 280-acre property is fairly near water, utilities, an airport and its distributors.

Construction began in July 2016, and the plant was inaugurated in October 2018. The new plant has a production capacity of about 140,000 tons of paper products a year and will employ 700 full-time workers when running at its peak.