Plastic film is a thin-gauge packaging medium used as a bag or a wrap. Examples include grocery sacks, trash bags, drycleaner bags and plastic wrap. Plastic film is less than ten mils in thickness, with an average of 0.7–1.5 mils. A mil equals 0.001 in. Most plastic trash bags are less than 1.0 mil in thickness. Individual bags are light in weight. For instance, 70 t-shirt bags weigh 1 lb. A 500-sq.-ft. plastic lumber deck with 2x6-ft. of lumber uses 140,000 bags. 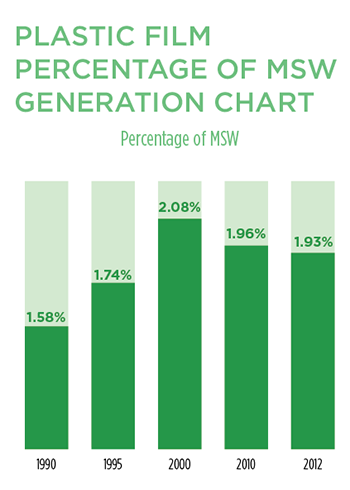 Many films also blend or coextrude two or more resins. Also, individual product characteristics may create remanufacturing problems. For instance, stretch wrap requires a “tackifier” to make the wrap cling, yet this product quality is not desired in a bag.

Disposed via Landfilling or Energy from Waste 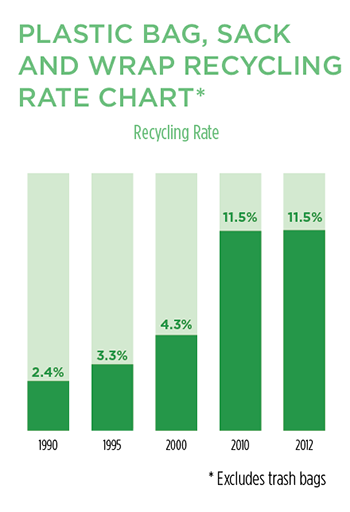