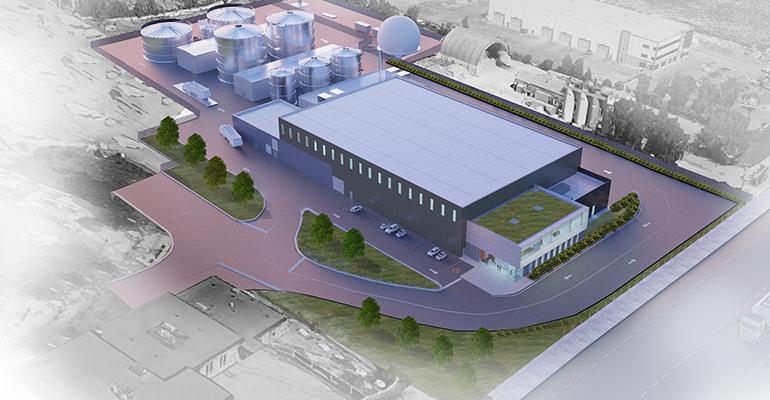 The city of Montreal has signed a contract with SUEZ to design, build, operate and maintain an organic waste treatment center. This contract, worth €115 million, provides for a two-year construction period of the plant followed by a five-year operating period.

This is the second contract won this year by SUEZ in Montreal, which is currently building a composting facility. The new plant will convert organic material into biomethane, producing enough renewable gas to power around 3,600 households.

SUEZ will build an organic waste biomethanation center on the east side of Montreal Island that can process 60,000 tons of organic material each year. This plant will recover organic waste produced by nearly 1.5 million inhabitants of the east side and the city center into biomethane. SUEZ will equip the plant with innovative technologies allowing for the anaerobic digestion of organic material to generate biogas, which will then be purified using high-performance membranes to produce biomethane. Expected to be commissioned in 2022, the facility will be operated and maintained by SUEZ for a period of five years.

This plant will contribute to the city of Montreal’s efforts to reduce greenhouse gas emissions. First, it will significantly reduce the distances travelled in treating this waste, which is currently taken to a facility around 50 kilometers (31 miles) northeast of Montreal. Moreover, the new plant will convert the organic material into biomethane, a renewable energy that offers the same advantages as natural gas. The biomethane will be injected into the local gas network.

“Recovering household waste into new resources is as much an economic issue as an environmental one: it helps preserve natural resources, curb greenhouse gas emissions and reduce the volumes of waste stored. Cities like Montreal are now playing a key role in the circular economy by creating local recovery cycles. SUEZ is proud to support the city of Montreal in its transition toward a new local, sustainable and low-carbon energy model,” said Bertrand Camus, CEO of SUEZ, in a statement.

“Our concern for the environment is a major reason why the city of Montreal wants to become a leader in the use of biogas. Biogas plants significantly curb the greenhouse effect by capturing this harmful gas and using it as fuel. Biogas generation helps cut reliance on the use of fossil fuels, such as oil and coal,” said Valérie Plante, mayor of Montreal, in a statement.