Delterra and Partners Work to Boost Waste Management in Argentina 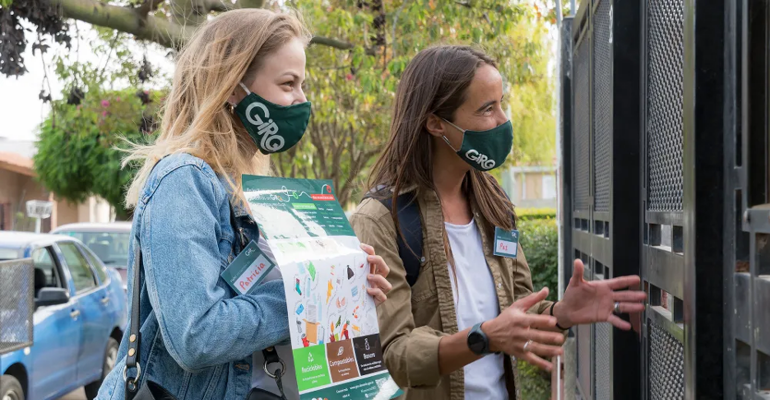 Argentina generates 25 million tons of household waste per year and less than 2% of it is recycled. Yet 34% of its cities have infrastructure to collect substantially more materials, says Reinier van der Lely, Delterra program manager for scaling Latin America. Delterra is an environmental nonprofit that redesigns and introduces new waste management systems in that country and Indonesia and is now working with four Argentinian cities in partnership with Red Innovacíon Local (RIL) and World Economic Forum Scale360° Initiative to improve those cities’ waste management systems.

The work is taking place in Bariloche, Mendoza, Posadas, and Bahía Blanca where the partners are honing in on several key areas with a few being: educating residents on how to sort and recycle at home; training informal pickers to further sort at recycling centers; and developing waste management strategies for large generators.

The future plan is to replicate what comes from this work across Argentina and Latin America.

The 34% of Argentinians that van der Lely referenced had already done the most capital-intensive work, even before Delterra came into the picture.

“They have collection routes and sorting centers and potential for capacity. But they do not operate efficiently. We are helping them so they can increase productivity and reach their potential capacity,” he says.

Step one was to survey and score waste management performance indicators in 50 cities to get a fuller picture of the overall landscape. Once the partners had a baseline, they picked the four cities to key in on at depth and identified their prioritized challenges to be able to design plans to target them.

“We looked for cities with a willingness to change; that had a dedicated team working on waste management; at least 100,000 people; and that were geographically dispersed across the country,” van der Lely says.

With the survey they could get granular quickly to know where the cities excelled, where they were beginning to emerge, and where they fell behind. Delterra further validated by going out to the cities and talking to their officials and community.

Then came in depth conversations and walking the streets to observe and to give municipalities a picture of what methods work.

“This was important, as it’s less effective to just say ‘this is a solution.’ This is not just sharing website information. You have to be there and observe operations in practice,” van der Lely says.

While Delterra has the waste management know-how, RIL is up on what’s happening in the communities. It has a network of about 280 Argentinian cities it’s helped to innovate and improve for years, though not necessarily around their trash problems.

“We know the biggest challenges because we are close to the people, and we believe they are strategically positioned to help solve those challenges,” says Ines Reineke, knowledge management coordinator for Red Innovacíon Local.

Reineke stressed the need to have the communities on board. “It’s important for them to commit to this intense work. They have to implement solutions, so they are leaders of this change. Their energy and willingness to advance is key for it to work,” she says.

RIL and partners met with the cities weekly for six months. A big part of the conversation, guided by what RIL calls its stakeholders map, was helping them understand who the key players are; how each is affected; and how to involve all of them in the evolving waste recovery plan.

“For example, informal waste collectors are fundamental to addressing problems in these regions. But many government [officials] tend to overlook their role,” says Sofia Noguer, facilitator of Circular City Projects Red Innovacíon Local.

Through this project they will be taught new skills; so rather than walk the streets picking up discards, they would sort in a recycling center.

Each city has different needs. Reinier exemplifies: “In Mendoza the sorting center is almost at maximum capacity, and we will work with them on improving efficiency. Whereas Bariloche wants to convince citizens to separate and to help them learn how. We will help them introduce a messenger service on their phones [a chatbot] where they can ask questions and get responses on how to recycle.”

Partner World Economic Forum Scale360°’s role is to convene experts in science, policy, and business to deploy technologies to assist cities in transitioning to a circular economy.

They’re focusing on systems to deliver high volumes of recyclables and compostables to industry, with the idea being not only to help clean up the communities, but create jobs and cost savings for them. But World Economic Forum also hopes to get something back.

“We are hoping to learn from Delterra and use its expertise to see how we can replicate that model in Argentina in other geographies. (We currently have nine national programs and 14 city hubs around the world.) Replicating this model can be key to impact—achieving scale at the national level while making easier-to-accomplish incremental change locally,” Burdett says.

“What can you do in six months for a quick win, and what may take more time? We know the harder work that really has an impact will be the solutions that will take longer. Upskilling the role of cooperative collectors could take longer than implementing chatbot because you are helping them develop new competencies,” Reinier says.

The roadmap and action plans are in place. Delterra will stay on to work with the four cities on implementing transition plans, with the goal for them to at least triple their recycling rates by 2025.

The strategy beyond is to bring expertise to a larger number of cities but without requiring Delterra to work side by side with them, in order to scale with available resources.

Says Reinier: “We will use experience from these four Argentinian cities to create a model with targeted guidelines that we can scale across cities in Argentina. The idea is to empower them to improve their circular economy and waste management.”