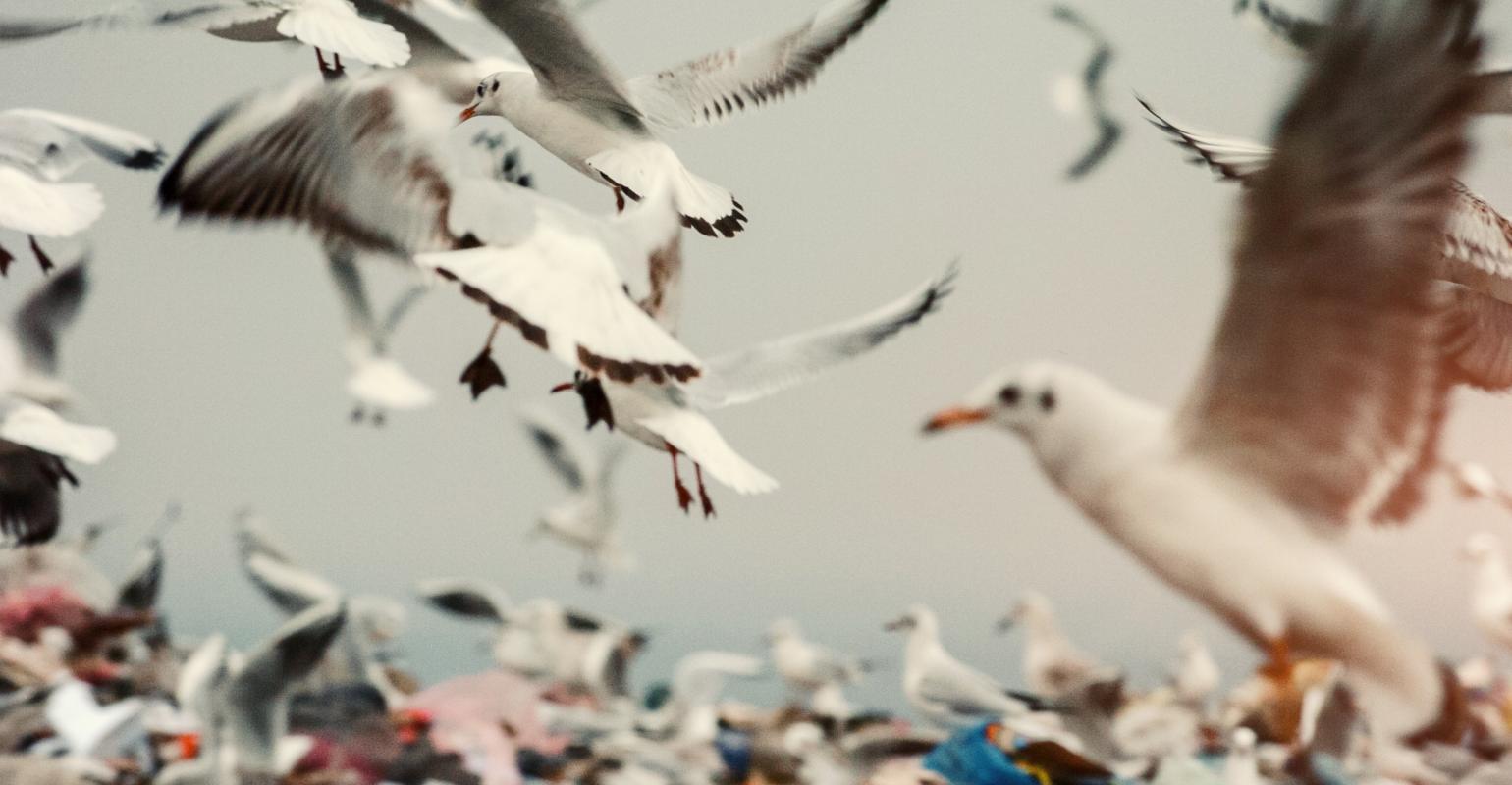 The challenge extends throughout much of North America where landfills are investing time and money to tackle what has for some of them become a big problem.

Scott Winton, a researcher with Swiss Federal Institute of Technology, Zurich, has been following a common phenomenon: massive bird flocks feeding off landfill waste and then flying to water bodies, defecating and, in the process, depositing toxic nutrients.

He originally focused on North Carolina’s Lake Jordan, a drinking water supply for several municipalities. About 50,000 gulls, mainly feeding off South Wake County Landfill trash, were contributing to a nutrient problem including high levels of phosphorus and nitrogen.

The challenge extends throughout much of North America where landfills are investing time and money to tackle what has for some of them become a big problem.

Studies document 1.4 million gulls survive in the winter on landfill trash, though Winton believes a more realistic figure is at least 5 million, as the research depended on observations of birdwatchers who do not visit every landfill, he says.

Orange County, Fla., is clamping down using peregrine falcons as ammunition, predators that fly over landfills and inhibit the gulls. But this approach is expensive; the county has approved $1.8 million in falcon contracts over the past five years.

New Jersey’s Cape May County Municipal Utilities Authority once had its employees shoot birds, but was uncomfortable with employees having guns. Now their main approach is trying to scare them using loud bird bangers and screamers. But this has not been very effective.

“You have to keep shooting them off, and spend a lot of money. If you back off they land and get food. And they don’t leave,” says John Conturo, the authority’s solid waste program manager.

“This new system might help, but it’s not conclusive, and we can’t afford to invest until we know it will work. It is being demoed at other landfills, and we are waiting to see outcomes,” says Conturo.

For years, landfills were a main food source for gulls in Massachusetts, but no longer, says Daniel Clark director, natural resources section of department of conservation and recreation (DCR), division of water supply protection.

His division is responsible for protecting drinking water from two large reservoirs, with water flowing underground from one reservoir into the other, then entering the distribution. The gulls once fed on landfill trash and flew there.

Now they are moved away from where the water enters the distribution system. Boats chase and herd birds. And people on shore use bangers and screamers.

What made a large difference, says Clark, is state regulations requiring landfills to write gull management plans subject to approval by the states’ Department of Environmental Protection.

“Some landfills chose to do it themselves. Some contracted through the U.S. Department of Agriculture Wildlife Services and set strict criteria … to severely limit the number of gulls allowed to feed at their facilities,” says Clark.

The USDA uses pyrotechnics but also kills birds with shotguns, as does DCR.

“Firing projectiles in addition to pyrotechnics is more effective. The birds cannot distinguish which one is coming at them,” says Clark.

Since implementing the USDA program, Massachusetts’ Westminster Landfill, near Wachusett Reservoir, may see a couple dozen birds at one time. Prior it was not unusual to see 1,000 or more at once, says Clark. The birds at the reservoirs simultaneously diminished.

Gulls still flock in volumes at South Wake Landfill in North Carolina where Winton began studying them. They do not seem to affect the facility, except for being a nuisance to employees and getting on the equipment. But operators work to reduce environmental risks.

For now, he says, “We work hard to keep the open area of our landfill to a minimum [one acre or less]. And all waste is covered daily per state requirements.”

The issues remain a priority elsewhere, driven not only by environmental impact, but financial ones.

“Generally, when you try and reduce nutrients in lakes you have to invest in large storm water treatment plants. Or identify land near streams draining into water bodies and replace it with buffer strips,” says Winton, adding the birds escalate the problems.

“Even if we use the 1.4 number of birds to come up with a calculation of nutrients deposited in surface water [versus the 5 million minimum believed to be closer], those nutrients come with a cost of about $100 million in North America,” he says.