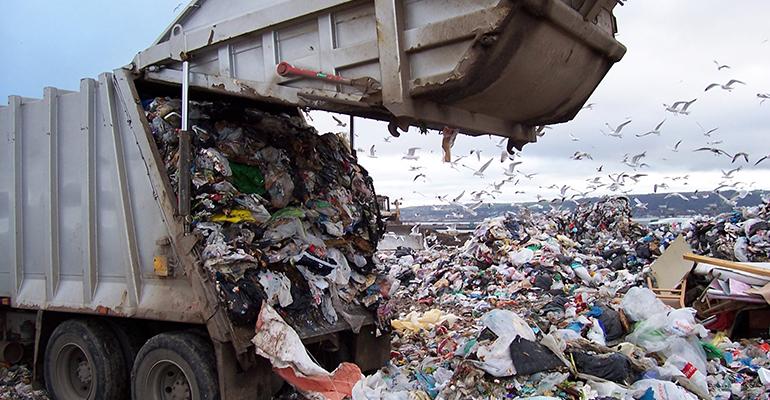 Even the best methods can’t stop all the odors that arise from decaying garbage.

Some of best defenses against the uphill battle are complex gas collection systems, practices to minimize storm water infiltration and diligent monitoring. But even the best methods can’t stop all the odors that arise from decaying garbage, refuse trucks themselves and elements like shifting elevations, winds and fluctuating temperatures. All of those factors make it difficult to determine where odors are or how to control them, explains Laura Haupert, director of research and development at Long Grove, Ill.-based OMI. The company offers odor control systems within the solid waste management and other industrial niches.

OMI’s misting technology, which includes multiple application types for landfills, is among the stench-fighting tools on the market. The company is partnering with Bloomington, Ind.-based Byers Scientific and Manufacturing, incorporating that company’s technology to improve delivery of OMI’s products. San Diego’s Miramar landfill may soon be among the first to employ the product on a commercial scale.

OMI’s brand, Ecosorb, is a blend of plant oils and water, sprayed in the air. It forms droplets that attract and absorb airborne odor molecules.

There are several ways to spray it, including through large overhead devices that trucks drive underneath that emit fine mists.

Another system, which can be applied around entire landfills, leverages a technology to vaporize OMI’s liquid product. It’s pumped through nozzles and blown into collapsible tubing.

“The colder air holds the warmer air closer to the ground with gases that aren’t making their way into the atmosphere,” Byers says. “And that’s when most verifiable odor complaints happen, from early evening until around 7 in the morning,” he says.

Misting deodorizing systems like OMI’s help. But they have limitations.

Within mists, deodorizing particles are heavier than air and often fall to the ground before they come in contact with odors. The longer the particles travel together the higher the likelihood they will come in contact and that a reaction will occur.

“That’s the idea in practice, but execution still needs to be addressed,” Byers says. “And this requires equipment that can transition the deodorizer from liquid to gas, in a uniform, controllable manner. We’ve done that and have a patent pending on it.”

Byers was focusing on deodorizing agents with a proven reaction with a broad spectrum of malodors in the solid waste industry.

“Instead of trying to fight many malodor particles with one deodorizer particle, we use a formulation with several odor-fighting particles,” he says.

The manufacturing company took different dilutions of OMI’s Ecosorb product, and worked with these dilutions “until we came out with a probability of product effectiveness that we were comfortable works with our equipment,” Byers says. “And that’s what OMI blends for us. We needed to match the formula with our equipment’s delivery system.”

Alternative misting products face issues such as clogged nozzels. In cold enough weather, the mists can also freeze. Byers says his company’s system can run at colder temperatures when landfill odors tend to be worse.

San Diego launched a pilot at the Miramar landfill employing a mobile vapor unit using the firm’s technology and is proposing adding a fixed, 3,500-ft. system for its composting facility. The goal of the larger setup would be to address variable wind conditions without having to move the system around to ensure optimum coverage.

The pilot is still in progress, but early results demonstrate that the system is able to neutralize the odors under potential odor-conducive atmospheric conditions.

“Both our regulators and participating community members are reporting fewer odors in the impacted communities,” says Mark zu Hone, program manager of landfill operations at Miramar.

The operation has only used the technology since Jan. 13, and has yet to go through seasonal fluctuations to help validate overall effectiveness.

“There is a long way to go to see how it works throughout an operational year,” zu Hone says. “However, early results are very favorable, and the product and technology appear to be meeting our needs during what is traditionally the most difficult time of year for potential odor impacts.”