Mercury thermostats contain between 3 and 12 grams of elemental mercury and contain 1,000 times more mercury than a compact fluorescent light bulb.

Manufacturer use of mercury in thermostats declined from 12,000 kilograms annually to zero in less than six years

Mercury thermostats are perfectly safe when they are in service on a wall, but when they are removed from service they are considered hazardous waste and should be disposed of responsibly.

Thermostat Recycling Corporation (TRC) is a non-profit stewardship organization that assumes all costs to transport and properly dispose of mercury switch thermostats recovered from service.

TRC maintains a network of more than 3,600 collection sites nationwide and has recovered more than 9 tons of mercury since its inception.

The Effect of the Efforts

TRC has recovered enough thermostats to fill the largest NFL stadium in the United States 20 times, one thermostat per seat.

Putting it Into Perspective

It would take the mercury from more than 1.5 billion CFL bulbs to equal the amount of mercury TRC’s program has recovered since 2008.

Unlike batteries and light bulbs, the consumer market for mercury thermostats is very small. The vast majority of thermostats are sold through the HVAC trade channel.

Because mercury thermostats are no longer manufactured, the inventory continues to decline each day, and TRC is working itself out of business. 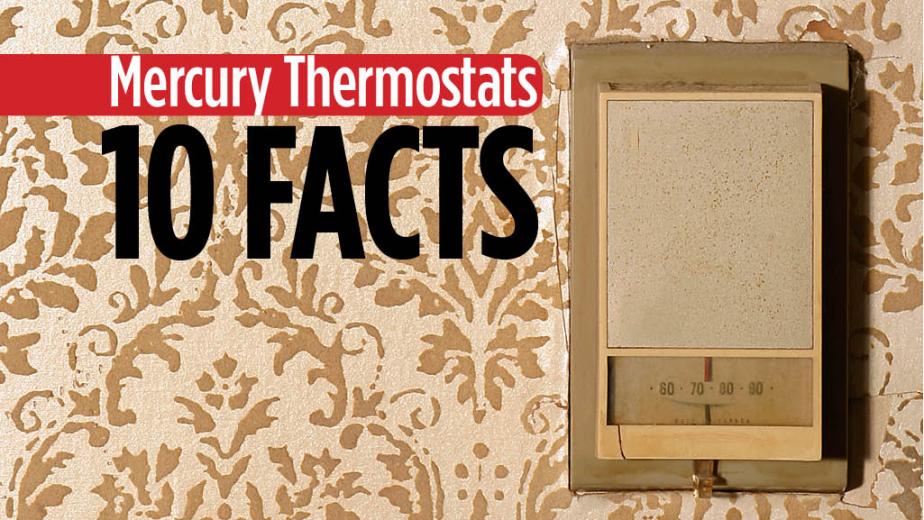