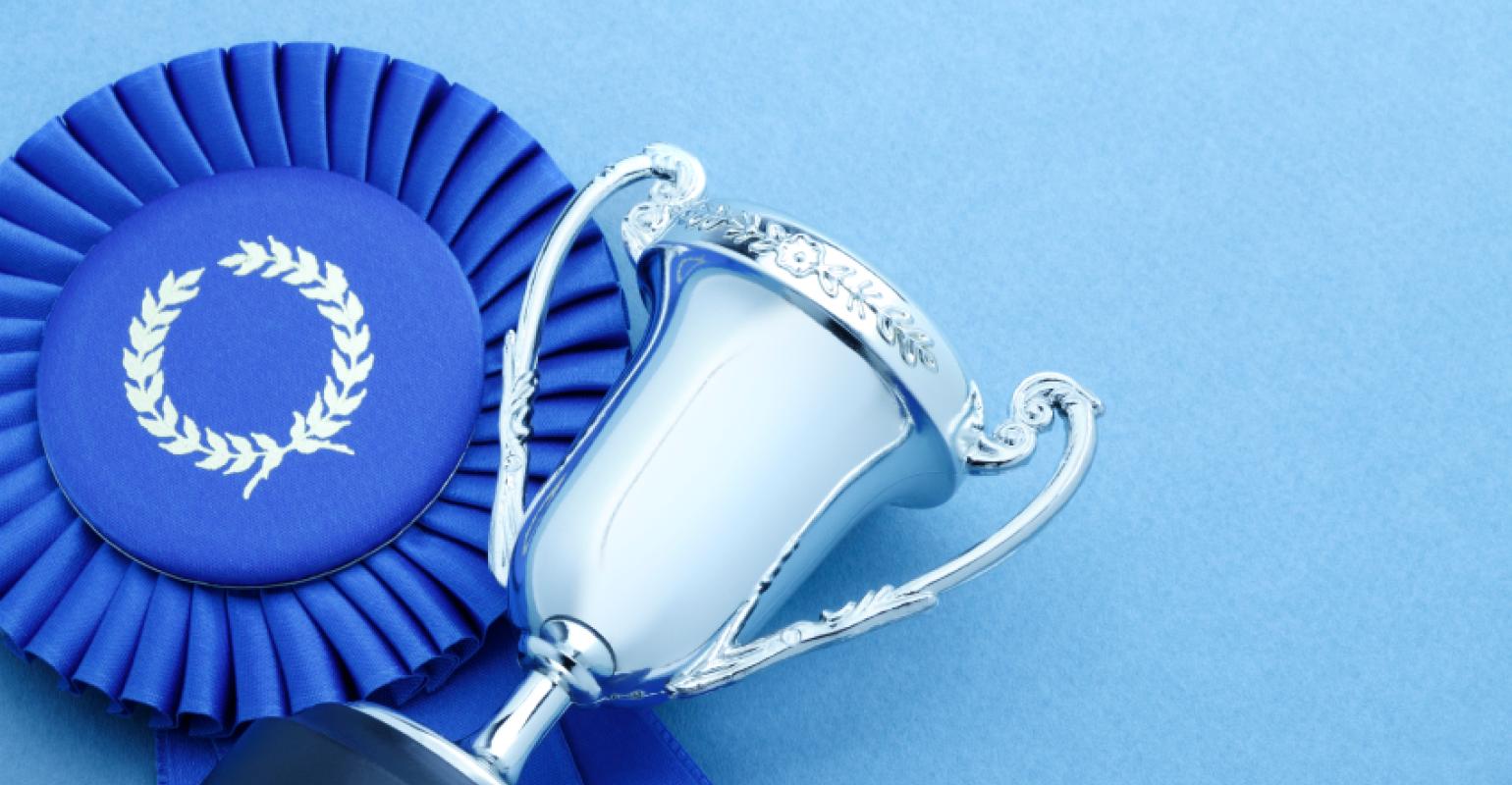 Awards in five categories were given to companies that have made substantial contributions to American recycling.

The National Waste & Recycling Association (NWRA) recognized innovators and leaders in the waste and recycling industry. Awards in five categories were given to companies that have made substantial contributions to American recycling through partnerships, public education and innovations in recycling facilities. Winners were selected by a panel of judges who are professionals in the waste and recycling industry as well as from other technology and education organizations.

“These awards honor the very best in the industry for excellence in educating the public and smart ways to recycle; creating innovative approaches to advance our work, constructing state-of-the-art recycling facilities and revolutionary partnerships that help protect the environment and increase collaboration with the recycling ecosystem,” said NWRA President and CEO Darrell Smith in a statement. “Our industry continues to make great strides in safety, engineering and community engagement, which not only helps to make us a more effective association, but it also yields better results for the environment and the communities we serve.”

The Village of Mount Prospect, a community of 13,595 single-family homes, 8,351 multifamily units and 691 commercial properties, has been a member of the SWANCC organization for 30 years. SWANCC is an intergovernmental agency encompassed of 23 communities. The benefits of this partnership have allowed the Village of Mount Prospect to thrive in recycling. The agency provides Mount Prospect with a range of waste management services. It all began with a document destruction event. This was followed by in-house recycling and seasonal electronic recycling. Through this partnership, Mount Prospect has grown the recycling services it provides to residents, allowing it to successfully divert 35 percent of its residents' waste in 2018. 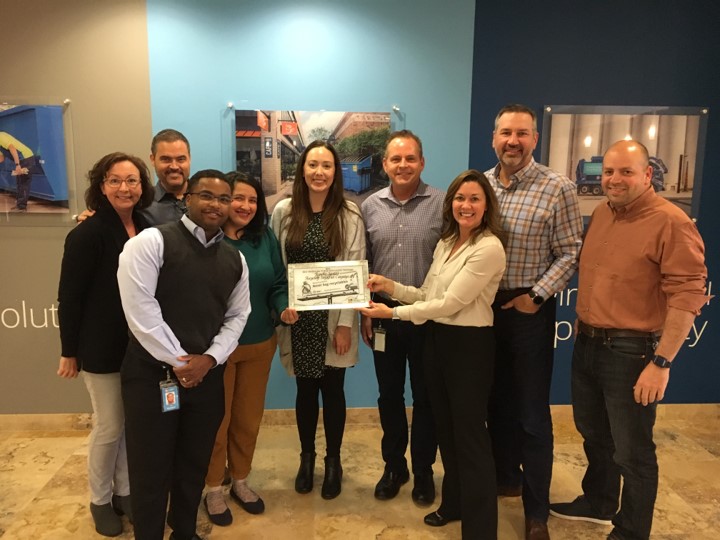 With contamination rates at about 30 percent, Republic Services developed its Recycling Simplified consumer education campaign designed to reach a national consumer base, while focused on six local markets: Dallas; Las Vegas; Jacksonville, Fla., Cleveland; Philadelphia; and Phoenix. This $2 million campaign utilized a multifaceted approach to educate on what and how to recycle while reducing contamination.

Through initial research, Republic found that recycling was too complicated, which drove its Recycling Simplified message and launched its new RecyclingSimplified.com website that's filled with educational content on what to do.

In addition, the company used more traditional outreach mechanisms such as billboards for its simple, pointed Empty, Clean and Dry message. Direct feedback was provided through auditing routes, marketing and then re-auditing to gauge the campaign’s effectiveness. Also, Republic’s own employees were educated to ensure they also knew what and how to recycle. 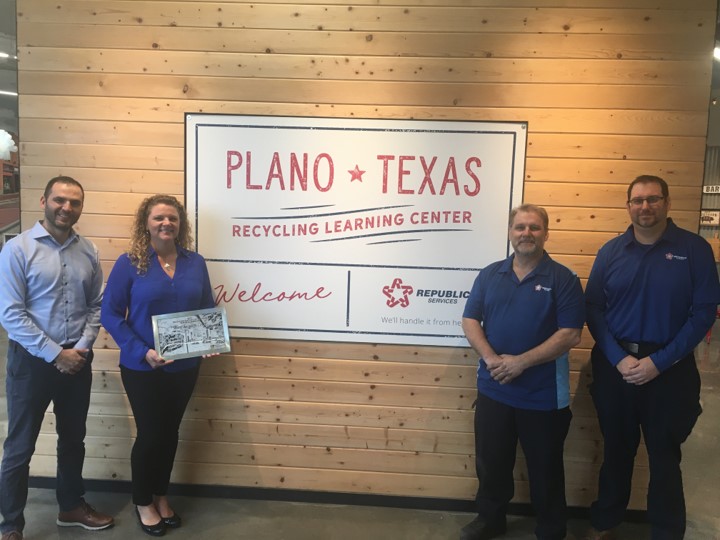 In December 2016, after a fire destroyed Republic’s Plano recycling facility, the company worked with local officials to create a new state-of-the-art recycling center that would not only process recyclables using innovative technology but also provide recycling education to the community. In mid-2017, Republic began to rebuild at the same location, but the plans were for a bigger, more advanced facility with better equipment.

The Leadership in Energy and Environmental Design facility was finalized in 2018 and began operations in 2019. Each month, 6,000 tons of paper, plastic, ferrous-containing metal, aluminum, cardboard and glass are processed at the 77,000-square-foot facility using a single shift of 35 full-time employees and employing advancements such as optical sorters to positively sort fiber. To avoid a repeat of the 2016 fire, advanced fire prevention technology were installed including thermal imaging cameras and remote controlled fire suppression capabilities.

The facility will double in capacity when a second shift is added at the end of 2019. With that addition, the facility is anticipated to process more than 100,000 tons in 2020.

The 2019 Innovator of the Year – Recycling Equipment went to Styro-Constructor. 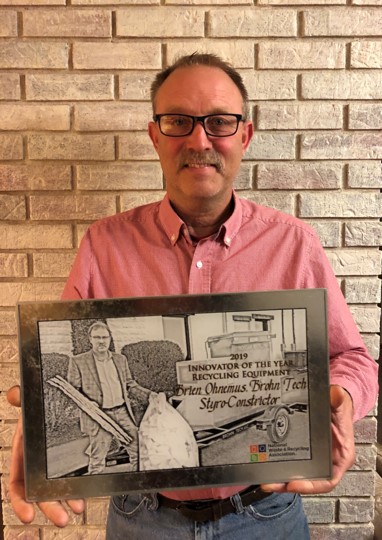 The Styro-Constrictor was introduced to the market in 2019 after years of research. The unit converts expanded polystyrene (EPS) waste to recyclable plastic. The prototype Styro-Constrictor was operated for two years, processing more than 60,000 pounds of EPS. The equipment is portable, allowing it to travel to locations with large quantities of EPS and “constricting” the materials down to a denser plastic. It has safety features including emergency safety stops, keyed drive motors and keyed chute lock.

“I congratulate all our winners on their outstanding achievements and contributions. It is important we recognize the good work our industry is doing to make our communities better,” said Smith.