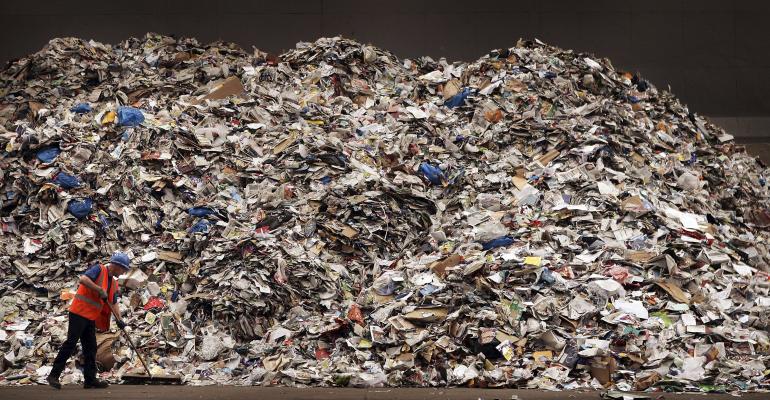 The MRF was idled in 2015 after the Santa Fe Solid Waste Management Agency began a contract that shipped recyclables 65 miles away.

Waste Dive reports that the MRF was left sitting nearly five years ago after SFSWMA signed a contract that involved shipping recyclables 65 miles away to Friedman Recycling. This past spring, Town Recycling was given the green light to begin testing operations at the facility.

The report also notes that when the MRF ramped back up, Santa Fe expanded its list of accepted curbside materials, making for a different mix than the facility had previously handled; stopped accepting glass curbside more than two years ago and implemented a drop-off program instead; and implemented a plastic bag ban to eliminate equipment jams.

Recyclables are once again being sorted at a publicly-owned MRF in New Mexico's capital under a new operating contract between the Santa Fe Solid Waste Management Agency (SFSWMA) and Town Recycling. Following approval in May, the company began testing over the summer and has processed an estimated 3,200 tons to date.

The MRF was idled in 2015 after SFSWMA began a contract that involved shipping recyclables 65 miles away to Friedman Recycling. "It was pretty expensive for us because of the costs involved in transporting materials to Albuquerque," Shirlene Sitton, director of Santa Fe's Environmental Services Division, told Waste Dive. "We were excited that Town bid on using our MRF."