One Firm’s Atomization Technology Can be a Solution for Dust 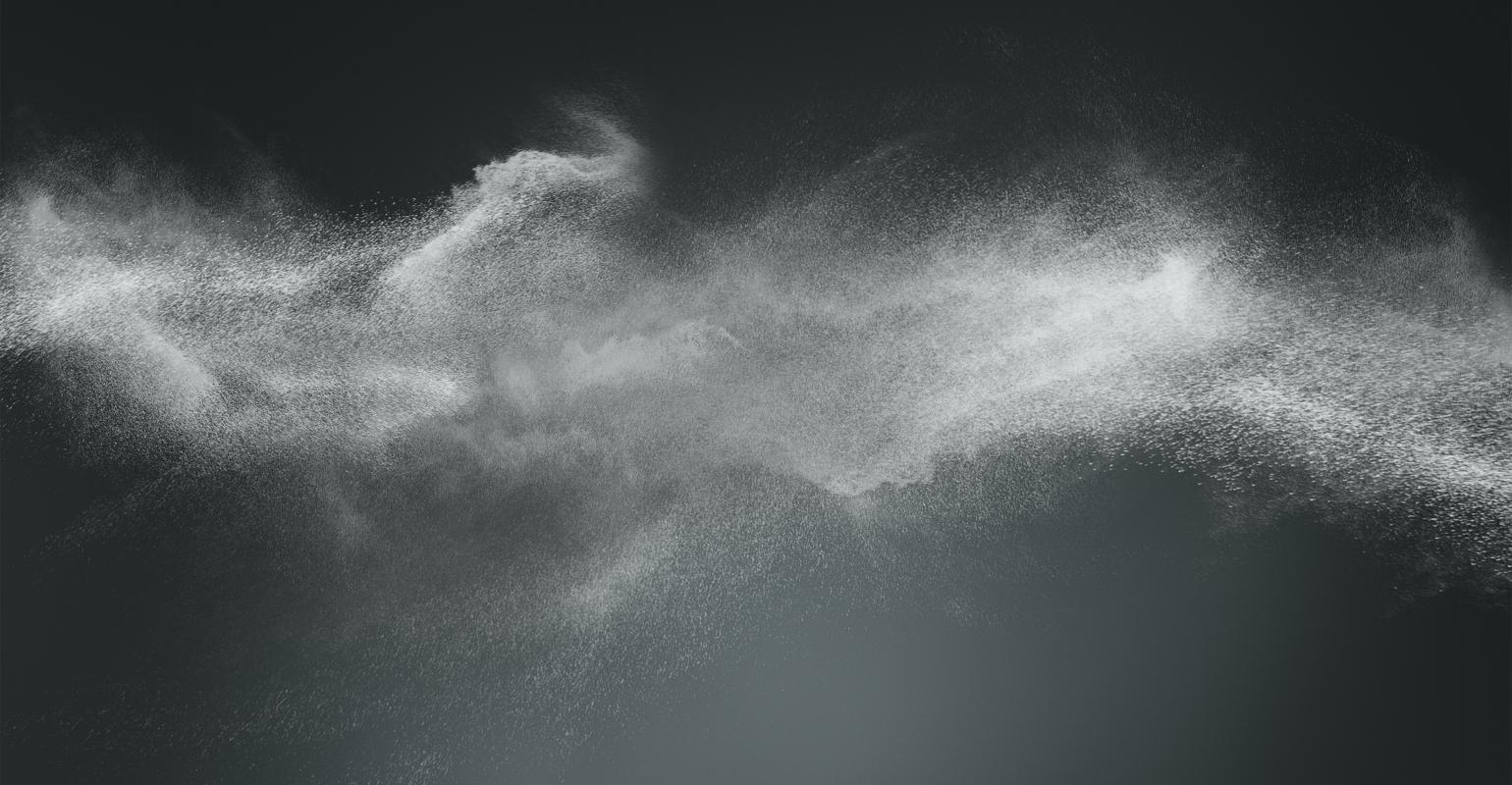 Abstract design of white powder cloud against dark background
Controlling the problem normally requires time, labor and a lot of water. Atomization can be a more efficient solution.

Fugitive dust is a persistent problem in material recovery facilities (MRFs), stirred up from the moment haulers roll onto properties and continuing as materials make their way onto the tipping floor, over conveyor belts and beyond. These airborne particles create employee health issues, air quality issues and pose fire risks. Dust also has stressed community relations, whether at MRFs or other solid waste management sites.

Controlling the problem requires time, labor and a lot of water. While MRF operators arm themselves through diligent manual housekeeping, some are also investing in technology designed specifically to address dust, such as reverse jet filter systems designed to collect and dispose dust, systems that collect and pelletize it as well as atomization technology.

Pavement Recycling Systems’ dust problem got so bad that it was getting visits from the state’s air quality control department. The Jarupa, Calif.-based company recycles asphalt and concrete and uses it to make road chip and base for subgrade pavement surfaces. The company has turned to a product line called DustBoss, which uses atomization to deal with the dust.

“We were generating dust when trucks were dumping into stock piles as well as when we process concrete and asphalt,” says Robert Erautt, manager of business development at Pavement Recycling Systems. “It was flying onto our neighbors’ property and coating their vehicles and offices. We were getting complaints from them on a weekly basis.”

The DustBoss atomized mist technology uses a small amount of water, placed under high pressure, that is atomized it and propelled by a fan. The droplets, which are smaller than what’s used in other systems, not only mean less water usage but reduce runoff and achieve airborne and ground level dust suppression—tasks that sprinkler systems cannot accomplish, according to Laura Stiverson, president of Dust Control Technology.

The Peoria, Ill.-based company is the exclusive seller of the proprietary equipment, marketed in 40 countries.

Pavement Recycle had to purchase a generator to run the dust control system, but the technology itself was about $30,000. (The price ranges depending on application and model.) It is not only saving water, says Erautt, but it is reducing wear on electric motors and other equipment because dust is no longer getting in.

“We are not going through electric motors as often,” Erautt says. “We would normally have replaced some of them by now from the time we installed DustBoss three years ago, and we haven’t had to do this. And we are not having to clean our radiators and heavy equipment as often.”

With savings in water, labor, maintenance and equipment, some customers recoup the cost of their investment in six months. Some have had net annual savings of $50,000 or more, according to Stiverson.

While Dust Technology initially sold primarily to the demolition industry, it has expanded its reach, marketing its product line to multiple open air industrial operations. It has a growing customer base of recyclers and scrap processors and can customize for a given operation.

Runoff was among the problems for Tervita, a Canadian-based slag processor.

It had installed a new crusher at its Rancho Cucamonga, Calif. facility, which streamlined the recycling process into a more efficient operation. But, said Carson Swartz, operations supervisor for Tervita, “The storage and cooling area was a big issue. Whether offloading, churning or moving the slag to the crusher, it’s constantly being disrupted, causing a lot of dust.”

The company’s DustBoss was customized for the plant’s operations. A shipping container, placed in the storage and cooling area, was reinforced with a steel frame and modified to mount a 12-foot steel tower topped by a DustBoss, equipped with an oscillation system. Using a touch screen panel mounted inside the container, operators control features like elevation, oscillation arc and booster pump water pressure. Operators can also modify some functions outside the container via remote control.

Ultimately, says Swartz, Tervita has resolved its fugitive dust and runoff issues, enabling the operation to stand up to strict state air quality regulations in a very windy area.

Air quality was a big factor for Pavement Recycling too. “Now we have no issues,” says Erautt. “It’s safer for the employees. And Air Quality Control is not knocking on our door anymore.”