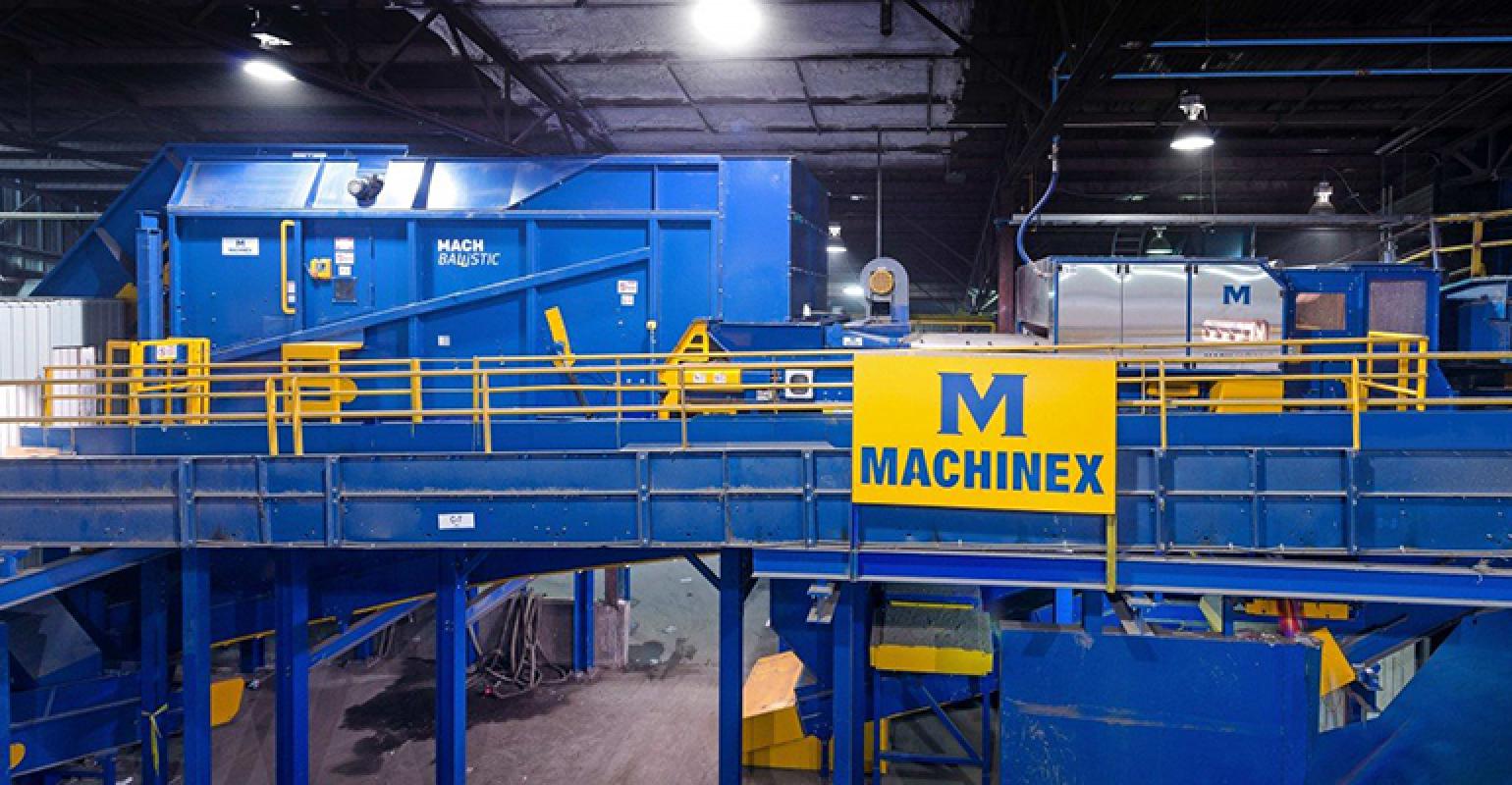 This system will be processing more than 75,000 tons per year of recycled material.

“When we decided to submit a bid on this project, our choice was immediately directed towards Machinex since they are a long-term trusted partner,” La Compagnie de recyclage de papiers MD Inc President Gilbert Durocher said in a statement. “We knew that they would be able to deliver a performing MRF with the most advanced technologies and that we can count on a quick and professional service.

This system will be processing more than 75,000 tons per year of recycled material from the Montreal single-stream curbside collection. With its 35 tons per hour capacity, this MRF will include Machinex’ advanced technologies such as three optical sorters for fibers and four optical sorters for plastic containers. A bag extractor system developed by Machinex will also be installed, as well as two Eddy current separators and two single ram balers. This system will not have rubber disc screens, but rather a cardboard separator (metal discs) and three MACH Ballistic separators, which will require less maintenance than conventional screens.

As part of this new material recovery facility, Éco Entreprise Québec (ÉEQ) will donate a complete glass sorting and cleaning system, the equipment being provided by Machinex and Krysteline Technologies.

‘’We are very proud to be part of this large-scale project so close from our location. We designed a system that will meet the immediate and future needs of Montreal, thus helping its recycling objectives’’ Machinex Project Director Sébastien Roy said in a statement.