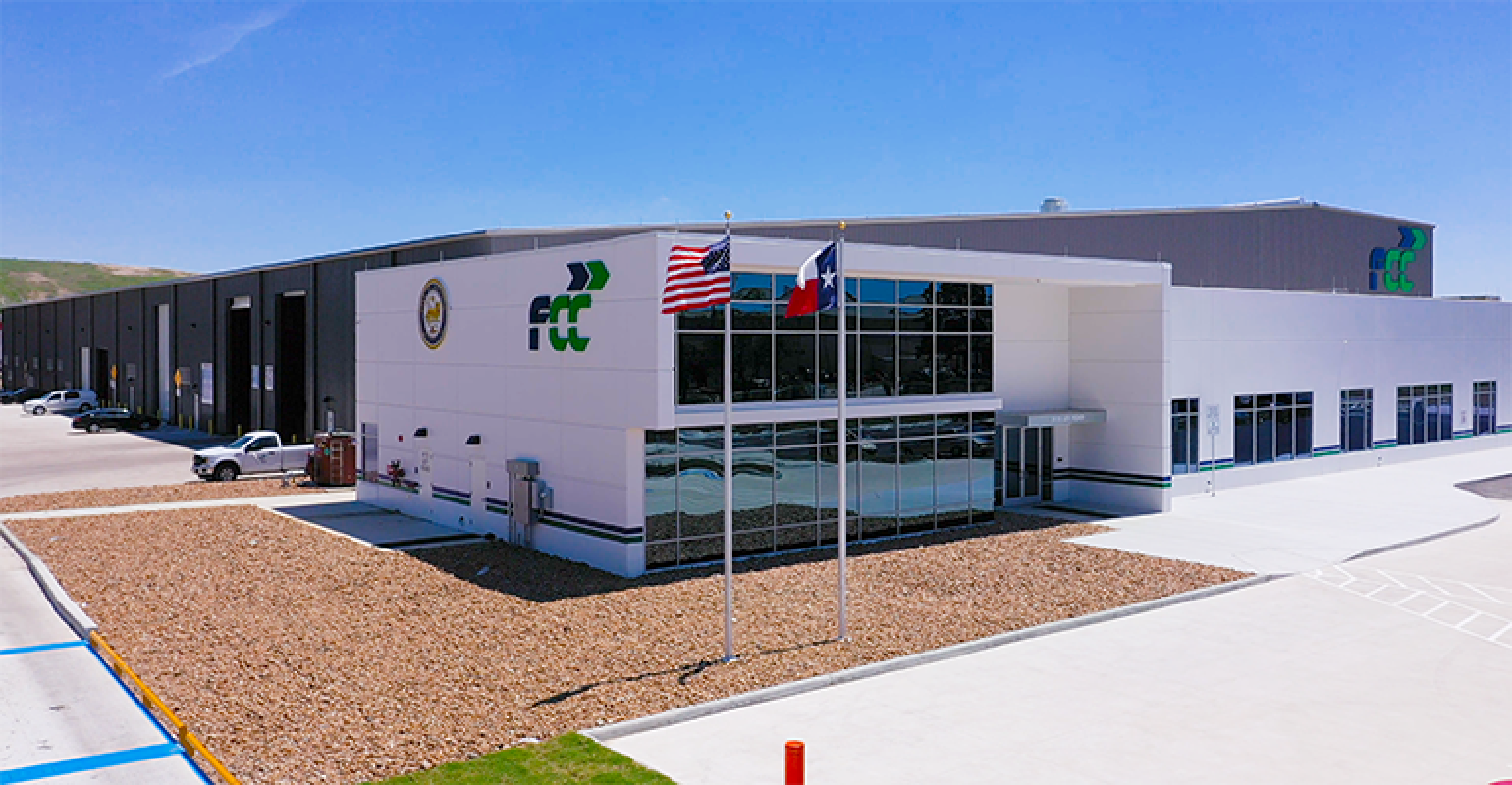 FCC has implemented a system from Van Dyk Recycling Solutions that uses a combination of non-wrapping screens and optical sorters to separate materials.

Running since March, FCC Environmental Services has opened a new single stream plant in Houston. The plant will accept residential single stream material from throughout Houston for a minimum of 15 years.

FCC has also made the city the new home of its U.S. corporate headquarters, settling into the East Houston community. According to FCC, the district has “embraced the recycling facility as a welcome investment in an underdeveloped part of town.” In addition, FCC has employed local citizens at the site, including some from a second-chance labor provider.

FCC won the bid in 2018 for the city of Houston after beating several proposals from competing companies. FCC said its contract saves taxpayers millions of dollars in recycling costs by coming to an agreement that ensures the city will never have to pay FCC processing costs in excess of the cost per ton of landfill disposal, even if market value of recyclables dips. FCC also noted it will split profits with the city 50/50. The deal also expands the types of materials accepted by reinstating glass into the program after a three-year suspension on the material under the city’s previous contract. Residents can throw glass into their collection bins once again, and with a state-of-the-art glass cleanup system, FCC is able to make recycled glass clean and sellable to two local glass end markets.

FCC had previously worked with Van Dyk on a 2016 single stream system for the city of Dallas. That system won the National Waste & Recycling Association’s Recycling Facility of the Year Award in 2017. Houston’s system is a similar concept, with some added technology such as an extra optical sorter for removing containers, trash and film from the fiber stream, as well as an automatic film recovery system consisting of a suction hood integrated into the TOMRA material separation housing. Houston also adds an elliptical (ballistic) separator as a final cleanup device to properly prepare the container stream for the optical sorters.