Home>Recycling>MRFs
Waste Expo
BROUGHT TO YOU BY 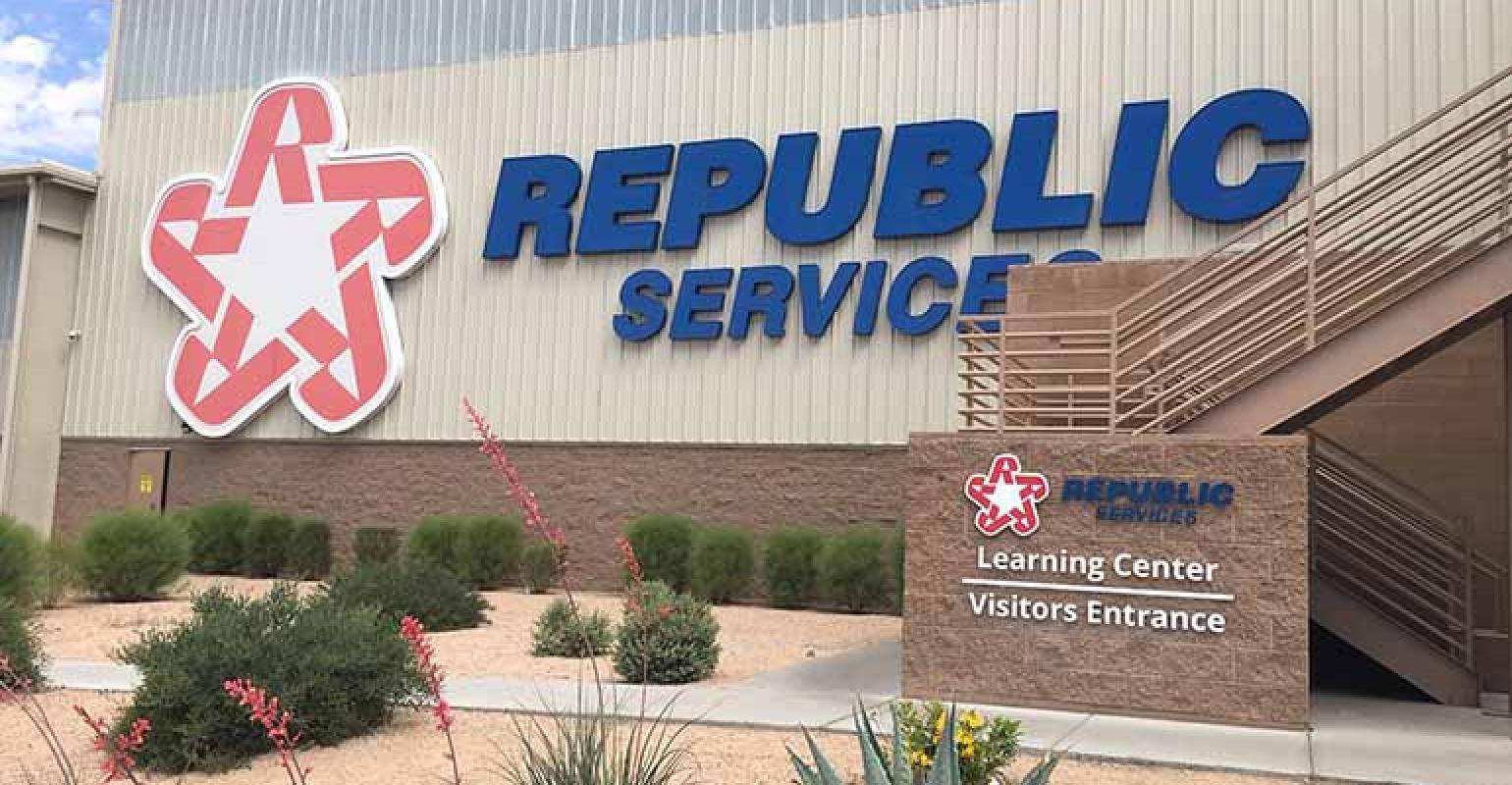 Materials recovery facilities (MRFs) are leveraging more sophisticated technologies than ever to clean up material streams and provide a cleaner, quality product for end market sale. And the Republic Services of Southern Nevada recycling facility is no different.

Waste360 staff, along with some of WasteExpo’s International Business Center attendees, got the chance to tour Republic’s 110,000-square-foot recycling facility and learning center. The Las Vegas-based facility handles residential recycling for Southern Nevada and more than 25,000 commercial customers, including the nearby Las Vegas Convention Center and other area businesses. The facility processes 2 million pounds of materials per day. Materials are separated into two streams—commercial and residential—due to the varying composition of the incoming materials, noted Jeremy Walters, community relations manager for Republic Services of Southern Nevada.

Over the last decade, Republic Services has been transitioning to recycling carts for its residential customers in Las Vegas. Before the larger carts, the company provided three smaller recycling bins for each household and asked residents to separate their materials for curbside pickup every other week. The company has since switched to a single stream recycling system, with materials mixed into one, larger cart.

When materials arrive at the facility, they are trucked into the north side of the building and are dumped onto the tipping floor. From there, the facility begins processing, and loaders grab large scoops of materials and drop them into metering bins.

“Pre-sort is a very important part of our function here,” said Walters. “Workers are pulling out the obvious trash and things that don’t belong and should have never been here to begin with. Depending on what those materials may be, if they let them go by and continue into our streams, they could cause pretty catastrophic damage or significant jams that will waste time. So, it’s very important that they pull out anything that does not belong here.”

Catastrophic materials include plastic bags and films, which are not accepted at the facility because they wrap and tangle around equipment, jamming operations.

“About 50 percent of what is coming in here is contaminated,” noted Walters. “This city is very transient, with some people coming from areas that don’t have a recycling program and some that do. So, once the material is here, we have to deal with it. We launched an education tool last year and a [recycling] campaign.”

“It’s a very immature recycling market here,” he added. “Last year, we finally got everybody in the city on a unified recycling program. This recycling program is still new for folks, so there is still a lot of education that needs to be done.”

The facility also has deployed MSS FiberMax optical sorters, which contain reflective lights and cameras to determine material type. The air-assist and material handling system keep paper moving through a sensing zone in a laminar flow without turbulence. It sorts paper 40 times faster than manual sorting thanks to belt speeds of 1,000 feet per minute. The facility also houses scalping screens that separate 2D materials from 3D materials.

Additionally, quality control (QC) employees pick through material to ensure its accuracy and quality before and after bales are produced.

“If it doesn’t pass QC, we have to start over,” explained Walters. “Most of our material is domestic nowadays. The only material we are exporting under China’s National Sword is fiber.

In addition to fiber, the facility separates Nos. 1, 2 and 5 plastics and makes four grades of plastic, including polyethylene terephthalate and high-density polyethylene. Anything left over is landfill material, which is first sent to the “last chance before landfill” line, where someone will inspect it for recyclables. After that point, they are hauled to landfill.

Walters also noted that this particular facility is the area’s flagship, and Republic wanted it to be “a model of sustainability.” As the Learning and Visitors Center notes, 75 percent of the building is composed of recycled steel and includes LED light fixtures, energy-efficient motors throughout the system and a solar array of 1,776 solar panels, which accounts for roughly 15 to 20 percent of the facility’s power.

Flip through this gallery for a more detailed look at the Republic Services of Southern Nevada recycling facility and learning center.